Below you’ll find the top solar companies in South Carolina as ranked by us and reviewed by verified solar customers. To learn more about what goes into our “Best Rank” score for each company, visit our How We Rank page. For our full South Carolina Solar Overview, keep reading: 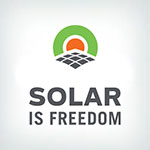 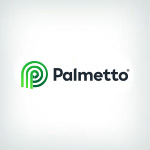 Even though much of the South has developed somewhat of a reputation for lukewarm or even anti-solar sentiments, South Carolina has made incredible strides toward solar adoption in recent years. For example, in 2019 the state legislature passed a bill lifting the cap on net metering in the Palmetto State. South Carolina has also been making significant utility investment in community solar projects since 2016.

Read on to learn more about the ins and outs of going solar in South Carolina.

Pros and Cons of Going Solar in South Carolina

Here's an at-a-glance description of the current benefits and drawbacks of switching to solar in South Carolina:

Cost of Solar in South Carolina

Despite utility rates that are on par with the national average of 13 cents per kilowatt-hour, the levelized cost of traditional electricity in South Carolina is rather high, about 30 cents per kWh over 25 years. Compare this with the levelized cost of solar energy over that same time period (i.e. the total cost of the solar PV system divided by its lifetime energy output), or 5 cents per kWh, and you’ll see how much more solar energy can save homeowners in the long-term.

These savings translate to upfront costs as well. Going solar in South Carolina is surprisingly affordable! The upfront costs of a 5 kW system are no more than $12,000. Applying both state and federal tax credits will reduce that figure to around $6,000 (more on state tax credits later). Still a large upfront investment, but much smaller than the majority of the surrounding states.

Cash purchase of a solar power system in South Carolina requires the largest upfront investment, but also pays the largest dividends long-term. For a 5 kW solar system, residents will pay no more than $12,000. The 30 percent federal tax credit will reduce that number to $8,400, and the state solar tax credit (worth up to $3,500) could reduce it further still to the $5,500–$6,000 range.

Solar savings will have offset the upfront costs after only seven years, leaving 18 or so years for the solar energy system to turn a profit. Assuming a little more than $1,000 in annual savings, homeowners will have accrued more than $18,000 in total profit after 25 years of operation, with home value increasing by an average of $16,000 over that same time period.

The other path to solar panel ownership is through a solar loan, financed either by a third-party lender or through a home-equity line of credit (HELOC). The system costs the same upfront and both state and federal tax credits apply, but with 15-year terms at 4 percent interest, customers will end up paying more over time.

That said, the distinct advantage of a solar loan is the zero money down. In other words, South Carolina residents will start saving from day one. And unlike other states, where loan payments remain drastically more expensive than utility bills, the difference in South Carolina is very slight. After the first year, residents will have saved nearly $5,000 in electricity costs, and those savings will only slightly decline year over year.

At most, homeowners will be in the hole only a few hundred dollars by year 15, but once the loan is paid off, they’ll enjoy a solid decade of savings, amassing more than $10,000 in total savings after 25 years.

Standard leasing of a solar energy system in South Carolina is a cost-effective alternative to solar energy because lessees will still benefit from solar power without having to pay for the installation and maintenance of the system.

“Renting” a system in South Carolina, will save only about $10 each month, but assuming a 20-year lease, that number adds up to thousands of dollars. Depending on the installing company, some solar lessees will also have the option to buy out the remaining value of the system once the lease contract is up.

PPAs work just like solar leases, only the money paying for the energy as opposed to the physical system. Average annual savings through a PPA in South Carolina are a little more than $100, not a great sum, but over 20 years can translate to respectable savings.

South Carolina does not offer any utility-backed solar power rebate programs or state-backed sales or property tax exemptions for solar panel systems. That said, the state does offer an attractive state-level tax credit that can significantly reduce the upfront costs of the solar energy system.

South Carolina’s solar policies, while a step in the right direct, could use some updating. For example, the state’s renewable portfolio standard (RPS) is only 2 percent by 2021, a fairly flimsy goal when you consider that, as of 2020, solar accounts for 1.53 percent of all energy output from the state — and that’s without a solar carve-out for renewable energy. That said, South Carolina has some positive policies in place to build on:

As mentioned above, the state legislature removed the cap on systems that qualify for net metering in 2019, meaning systems of any capacity can be credited for the surplus energy they contribute to the utility grid. That said, the state’s net metering policy does come with some caveats. Monthly savings must be rolled over month-to-month and be credited on an annual basis. Also, the cap on net metering may return in 2021.

As for interconnection rules, South Carolina’s are better than most (in the sense that they are consistent across cities and utility providers), but could still use some improvement. For example, prior to connecting to the utility grid, solar owners must purchase an additional homeowner’s insurance policy covering their system. They also will need to install a costly external disconnect switch on the system prior to connecting to the grid.

As of 2020, South Carolina’s national ranking for solar output is 13. The state has installed more than 1,400 megawatts of clean energy in solar, and roughly 21,000 solar installation projects in residential, commercial, and utility markets. That’s enough renewable energy to power over 170,000 South Carolinian homes. More than 60 solar installers and providers operate in South Carolina, employing more than 3,300 people.

Interested in a solar quote? Check out the top-ranked solar companies in South Carolina and read reviews from verified solar customers.