Below you’ll find the top solar companies in Arkansas as ranked by Best Company and reviewed by verified solar customers. To learn more about what goes into our “Best Rank” score for each company, visit our How We Rank page. For our full Arkansas Solar Overview, keep reading: 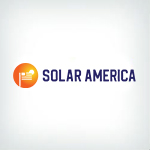 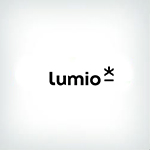 At 33rd among reporting states, Arkansas is middle of the pack in terms of solar investment and output. The state enjoys a lot of sunshine, rapid recent growth, and favorable solar legislation; however, few incentives and solar-friendly policies exist at the state level.

Read on to learn more about the ins and outs of going solar in Arkansas.

Pros and Cons of Going Solar in Arkansas

Here's an at-a-glance description of the current benefits and drawbacks of switching to solar in Arkansas:

Benefits of Going Solar in Arkansas:

Drawbacks of Going Solar in Arkansas:

Cost of Solar in Arkansas

The average cost for a solar panel system in Arkansas is a little less than $11,000 after accounting for the 30 percent federal solar tax credit. Price per watt sits around $2.63 per watt.

The levelized cost of solar power in Arkansas is about 5.6 cents per kWh over 25 years, compared with 21.9 cents per kWh if you don’t go solar. This assumes electricity rates will continue to grow at 3.5 percent compound interest each year.

Depending on how it’s financed, the payback period for a solar panel system in Arkansas can range from 10 to more than 14 years, which means homeowners will enjoy a profitable system for at least a decade.

Arkansas appears to have all financing options (purchase, loan, lease, and PPA) available to homeowners:

Direct purchase is the fastest way to not only secure ownership of your system, but also for the system to become profitable. For a 10.4 kW system, solar purchasers will experience a high upfront cost of over $30,000 (mitigated by the 30 percent federal solar tax credit), and will have their system paid off in about 14 years. Not surprisingly, a system half that size will take about half the time to pay off. Assuming a 10.4 kW system, homeowners could see upwards of $20,000 in increased home value after 25 years.

Solar loans are another way for homeowners in Arkansas to finance their solar system and take full advantage of the solar tax credit. Depending on credit, solar loans in Arkansas can usually go for zero money down, a five percent fixed interest rate, and a 15-year repayment plan. Assuming a 10.4 kW size system, a solar home value could increase by more than $10,000 after 25 years through a home-equity line of credit.

As of 2019, lease limitations in Arkansas have been loosened to make room for major solar growth in the Natural State. Third parties are now allowed to finance any size of solar project up to 1 megawatt. Leasing a solar system allows customers to essentially rent their solar system at a fixed cost without the burden of purchasing the entire system themselves.

Solar leases do not qualify customers for the federal tax credit.

Power purchase agreements (PPAs) have also been allowed under the new Arkansas law, in which customers will only pay for the solar power their panels produce.

Arkansas has few solar incentives to entice homeowners to invest in solar power. With no solar rebates in place, the state has little motivation to invest in solar any more than it already has. In terms of taxes, Arkansas has no state-level tax or property exemptions for solar ownership, and solar panel systems are not exempt from the state sales tax, making solar panel arrays even more expensive than they otherwise could be.

The state is also relatively cold on solar-friendly policies to help boost adoption. Arkansas has no renewable portfolio standard (RPS), meaning it is not working toward a specified attribution level for solar in “the Land of Opportunity.” This, along with its below-average electricity prices, does little to move Arkansas residents toward more renewable energy resources. Arkansas utility companies have not set any interconnection rules on solar beyond basic safety requirements, and require solar systems to have an external shutdown switch — adding to the cost of solar in the state.

That said, the state has one of the best net metering policies in the nation, and requires power companies to monitor the output and usage of solar energy systems up to 25 kW and credit solar users for any unused power their systems produce.

A 2019 ruling from the Arkansas legislature has allowed for third parties to finance solar projects through leases and power purchase agreements, a major win for solar in the state; however, the public utilities commission still retains a lot of power over whether net metering causes an undue burden on non-solar customers.

Solar companies in Arkansas have installed more than 230 megawatts of solar energy across the state, powering roughly 26,000 homes. The company hosts about 26 solar providers employing more than 300 people, and has a projected growth of an additional 700 megawatts of clean energy over the next five years.

Interested in a solar quote? Check out the top-ranked solar companies in Arkansas and read reviews from verified solar customers.