Below you’ll find the top solar companies in Maine as ranked by us and reviewed by verified solar customers. To learn more about what goes into our “Best Rank” score for each company, visit our How We Rank page. For our full Maine Solar Overview, keep reading: 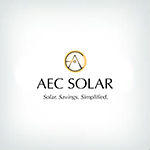 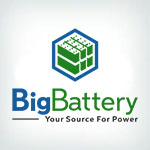 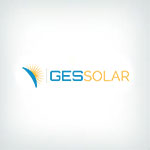 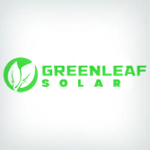 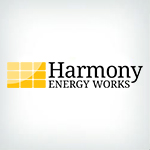 Despite its position as the second-northernmost state in the country and and well below–average sunshine levels, Maine is steadily becoming a favorable destination for solar energy. Investment in residential solar power in the state has remained fairly consistent over the past decade with a major surge in installations occurring between 2017 and 2019.

The popularity of solar, regardless of the rainy climate, could be attributed to the several solar incentives available to homeowners interested in investing in clean energy.

Read on to learn more about the ins and outs of going solar in Maine.

Pros and Cons of Going Solar in Maine

Here's an at-a-glance description of the current benefits and drawbacks of switching to solar in Maine:

Benefits of Going Solar in Maine:

Drawbacks of Going Solar in Maine:

Cost of Solar in Maine

Thankfully, the cost of going solar in Maine is not quite as high as in other states. For a typical 5 kilowatt system, homeowners can expect to pay no more than $19,000, and with the federal solar tax credit subsidizing 30 percent of the total system cost, that number could be as low as $13,300.

At 8 cents per kilowatt-hour, the levelized cost of solar is, admittedly, a few cents higher than in other states; but when compared to the 35 cents per kWh non-solar customers would end up paying the utility company over the next 25 years (assuming electricity rates increase 3.5 percent annually), that 8 cents becomes pretty appealing.

Homeowners in The Pine Tree State have two options to choose from to finance a solar PV system: direct purchase and solar loan. Solar lease and power purchase agreement (PPA) options are not, however, currently available in the state.

Direct purchase is by far the fastest way to achieve a profitable long-term investment for a solar energy system in Maine. As mentioned above, a 5 kW solar array in Maine will set the homeowner back about $19,000 upfront, less the 30 percent tax credit from the federal government, so a little less than $14,000.

Estimating approximately $1,200 to $1,400 annual energy savings, the system should ultimately pay for itself in just over a decade, leaving the next 15 years (i.e., the remainder of the solar panels’ life expectancy) to pure net profits. By the end of 25 years, customers will have earned more than $15,000 in profit from the systems — with a $21,000 increase in home value as a bonus!

The other option for financing a solar energy system is the solar loan. The most obvious advantage a solar loan holds over direct purchase is that homeowners will pay nothing upfront and still qualify for federal incentives, meaning they can start saving on their utility bill from the first day of operation.

In Maine, qualifying borrowers can obtain a solar loan or home-equity line of credit (HELOC) for $19,000 on a 15-year repayment plan. With the federal tax credit in place, they’ll see a first-year surplus of almost $5,000. These savings will diminish gradually over time, but borrowers will be glad to know they’ll never be more than a couple thousand dollars in the hole as loan payments remain higher than utility bills. Once the loan is paid off after 15 years, the savings will resume, and customers will ultimately net about $9,000 after 25 years.

At the state level, Maine has few if any solar incentives. The state has no solar rebates in place, or a state-level tax credit that could save solar customers even more on their upfront expenses. No property or sales tax exemptions on solar installation projects also means homeowners will swallow the additional taxed amount on both the solar panel equipment as well as any increase in home value the solar system may bring.

Main solar policy, on the other hand, does bear some positive news. With electricity prices well over the national average (17 cents versus 13 cents per kWh respectively), the state has much to offer that makes solar energy a preferred mode of power:

The renewable portfolio standard (RPS) represents a state-mandated goal of attributing a set percentage of its energy output to renewables like solar, wind, and natural gas by a predetermined deadline. The RPS also penalizes utility companies that fail to make room for renewable energy.

Maine has a pretty ambitious RPS: 80 percent renewable energy by 2013 and 100 percent by 2050. Although the goal seems lofty, Maine is already well on track to meet it. In 2019, 80 percent of the state’s energy was already coming from renewable sources, primarily wind power.

The policy does have one caveat: any unused solar credits will be reset to zero after the new year.

Although Maine ranks in the bottom fifth of states for solar output and investment, nearly one percent of all energy in the state can be directly attributed to solar power — an impressive feat. The state currently hosts 57 manufacturers and solar installers employing more than 600 people and giving more than 16,000 households access to clean energy.

Interested in a solar quote? Check out the top-ranked solar companies in Maine and read reviews from verified solar customers.