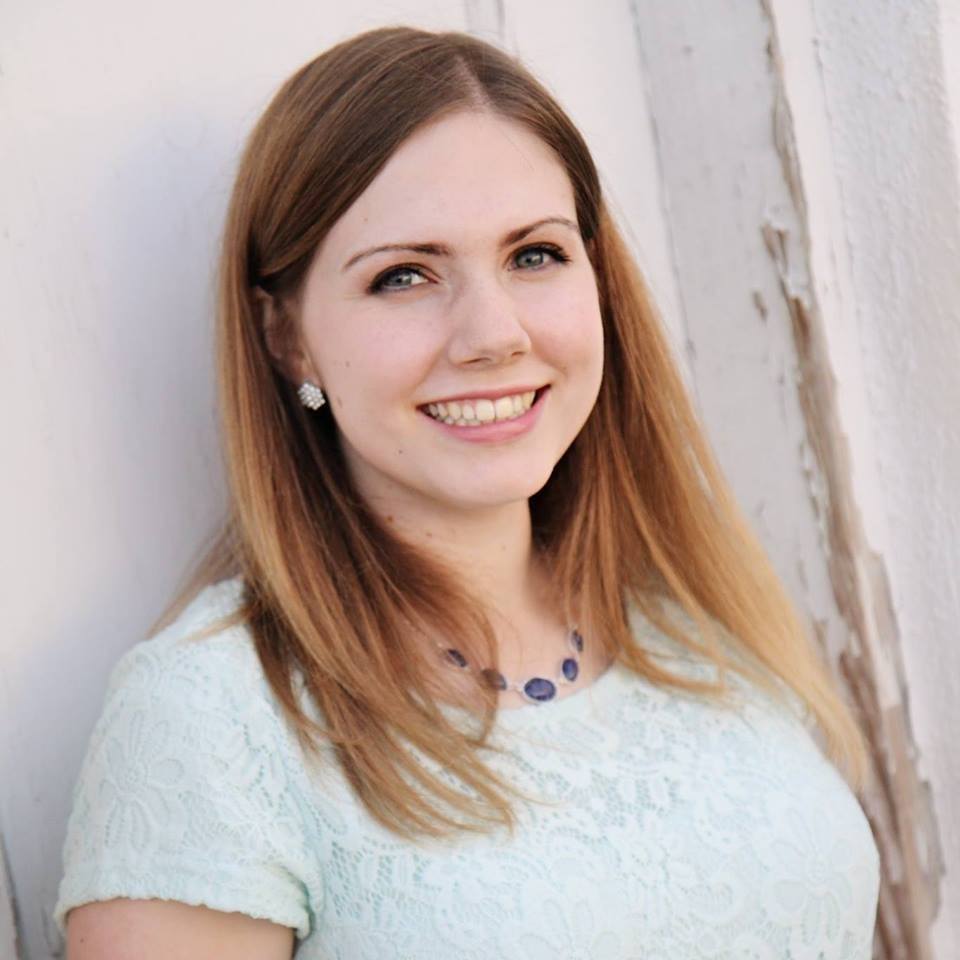 Founded in 1850 and headquartered in New York, American Express offers financial services such as credit cards and insurance.

American Express offers credit cards with introductory rates of 0 percent for the first six to twelve months. After that, it offers rates competitive within the industry.

Depending on the card, American Express can charge some of the most expensive annual fees in the industry. However, as with many credit card companies, the first year might have no annual fee.

American Express cardholders can expect a late payment penalty that is comepetitive within the industry.

While some companies in the industry do not charge a foreign transaction fee, American Express charges one, which can be inconvenient for frequent travelers.

Unfortunately, American Express does not provide its customers with free credit score tracking.

Good online account management capabilities. Good cash earning options with the card I have. Heavy penalties if payment is a day late.

If I sign up for a special offer, then I expect to receive the benefits of that offer according to the fine print. I signed up for the Delta skymiles CC and spent 3k within 3 months (as the offer required). Instead of giving me the 50k Delta skymiles after the 3 month period, I fought with customer service for 8 months until I was finally given the miles as promised. Every time I called, the customer service rep had a different story than the previous rep. No one knew where the miles were and no one knew when I would receive them. I was told 3 weeks, then another rep told me 3 more months, then another rep told me tomorrow, then when I followed up the next day the rep said it would be another 4 weeks. The biggest frustration was that no one knew what they were talking about or who to ask for more info. I imagine customer retention is a nightmare because everyone I spoke to who signed up during this promotional period had the same issues. I plan on getting rid of this card at the end of the year. I would most likely stay if I had received a follow-up call just ONCE from the 7 customer service reps that promised to call me back with an update. I guess some apology skymiles would help with my retention, too. But I’d probably have to wait another 8 months to get those miles anyway. PEACE Amex.

My first AMEX card was in 1994, then I got the Delta Skymiles AMEX card just over a year ago. I have so many positive experiences it would be impossible to list all here, but in summary, AMEX have ALWAYS been there for me when I have had issues with vendors. The app is easy to use, the website is easy to use and customer service is absolutely wonderful.

Amex has great offers and rates, but I have a hard time having one with the annual fee.

DONT GET THIS CARD. We applied for it and regret it. We just paid it off and no longer use it. Cant close the account because it counts against us with our credit so we'll just keep it close until we are desperate and need to use it.

I LOVE MY AMEX CARD! I have been a member of American Express for over 20 years. I have used their "lost or stolen" guarantee and they stood up to their promise. The customer service is first rate. No complaints here!

I used to have a personal credit card with them, I now have a business card with them. They are great to work with and have no complaints. They will call if they feel like your card is being used fraudulently. They take high priority in fraud like transactions.

A great company you can always trust. We also love and use the travel benefits.

down fall is not a lot of places accept American Express. It is not a card i like to spend often . i had to cut it up because of the rude service i got when i called them due to charges i saw on my bill from a state i have never visited.

I like their online portal where you can see all your transactions easily. They are quick to respond to suspected fraud and other accounting issues. I wish they didn't leave Costco, though.

We have been AMEX customers for many years. I appreciate their customer service. I especially like the year end reports that I use for tax prep. I love the categories that are available. We have unfortunately had a couple of issues with fraud but we have never been disappointed! AMEX has been quick to notify us and the resolutions have been exactly what we needed.

I love my AMEX card. Even the annual fee is worth it, considering the benefits, savings, rewards, etc. Using this card really gives me peace of mind as I travel and use it for big purchases. I have now even used them for a personal loan, which was very simple. Their customer service has been outstanding throughout the years.

i had to cut up this card and glad i did! Fees and interest rate is ridiculous. Customer service is awful. glad i don't have to deal with them anymore.

American Express is great for businesses. Love getting the points

Have been a customer for over 10 years. Their services are good but the only reason I continue to use them is for the mileage I get on my Delta account. Otherwise, they'd be gone.

worse credit card company i have dealt with. they are so rude. not helpful at all. they charge you a high interest fee. do not report on time payments to credit bureau. i am so happy i get rid of this card.

I have enjoyed the benefits that come from using and American Express card. I enjoy the extra warranties, and no questions asked customer service.

I love my Delta Amex cars I get 1 free bag every time I fly! The annual fee is pricey though.

We have always loved our American Express card that gives us Delta Skymiles. We have had our card now for 15 years. We get a free companion fare ticket each year. We usually use this on our yearly cruise. The only bummer is when Costco stopped accepting this card. We love the miles.

I have had an American Express Skymiles card (with Delta) for probably around 13 years or more. I appreciate earning miles for travel and the companion fare ticket I get each year. The annual fee ($100 or $120) seems a bit steep though. I also like the free checked bags with my card.

Their mobile app is very user friendly. Product is great.

I own an American Express Delta SkyMiles Credit card and I love it. I make all of my Delta purchases on this card so I receive double miles. I do wish that owning this basic card would get you in the Delta lounges at certain airports. I certainly love the yearly companion ticket, which my wife & I use for our annual vacation. 5 stars!

I had a Costco AmEx for many years and I loved their cash back rewards program! They were very on top of monitoring my account and alerting me about potential fraud and verifying questionable purchase, some of which did turn out to be fraudulent. They always took care of the issue and replaced my card quickly with little disruption to my life. The only reason I have a 4 star review is because AmEx is not accepted everywhere that Visa and Mastercard are.

Screws you over with interest rate and fees. Doesn't give as much of limit as others also.

Using AMEX has been a pleasure. The perks and the benefits are second to none!

My favorite thing about American Express is that when you lose a card, they have a new one for you the very next day. They also have always covered expenses of stolen cards. I like that everyone takes the card around the world.

I have the american express travel and it's fantastic. I love the amextravel platform for finding flights as well. The benefits are great and customer service fantasic. Also have been willing to help out on extended warranty issues as well. It is my main credit card for a reason. I also enjoy the centurion lounge access at airports.

This card is good to have but they never offer 0 interest.

When I had an American Express card they always had good deals with other companies. I one time got $10 off of a Forever 21 purchase just because I had an American Express card! I loved those perks. It is a little annoying though that not all places took Amex. I know more and more places are taking them, but I always had to have another card on me just in case, which is something I've never had to be worried about with my Visa.

Love ability to earn rewards by daily purchases. Pay it off every month to avoid charges.

Benefits are awesome. So long as you are a good customer and pay your bill, customer service is pretty good. Especially great for businesses.

Great card and love the customer service. Just wish I could use it everywhere , too limited on stores who accept Amex.

AMEX's customer service is the best of any credit card company I deal with. I have had issues with my card being accepted at certain establishments and wish AMEX had more card offerings.

Fabulous customer service but not accepted a lot of places. Had our card for 20 plus years I just wish we could use it everywhere

We love our American Express card!! We used it with Costco for many years. The customer service is friendly and helpful when needed.

I am not currently using an Amex card, but did for years when it was accepted in Canada by Costco. I felt is was a good card with great perks.

Have been a loyal card holder for years. Have been able to use the card around the world without any concerns or problems.

Reliability, outlet all over the world and customer servicd

excellent customer care,upgrades at earliest to suit the needs of the customers, card imits are great when compared to so many other cards

Excellent rates and customer service. I love the immediate availability of a payment

Excellent customer service! Always on time and I love their reward points that connect with Amazon.

When we needed some help with our card, their customer service was just outstanding! They helped us get back on track and took care of our issues - someone else got our card number and the account was closed immediately, no cost to us for any purchases, and new card issued immediately and sent out the next day. Excellent card!