The financial realities of living in modern America just don’t quite add up for an ever-increasing percentage of the population.

Among America’s working poor—folks in financial need who are just simply unable to access traditional avenues like bank loans or credit cards—the often cruel world of the payday loan industry is a grim reality. Even worse, for those who have to rely on short-term, high-interest loans to make ends meet, the implications are particularly bad for their credit scores and, ultimately, their ability to interact with banks and legitimate credit cards.

Recent research from the Pew Charitable Trust suggests that the scope of payday loans is even more severe than imagined, with some 12 million loans taken out each year, amounting to more than $7 billion in fees. On average, a typical payday loan user ends up being in debt approximately five months out of the year, with fees that boil down to approximately $575 to take out and repay an average of $375, over and over again.

Studies suggest that typical payday loan customers earn an average of $30,000 or less a year, and of those, some 58 percent are having difficulties meeting their monthly expenses.

Quick Money Is Often a Necessity

We all face unexpected money issues from time to time: medical costs, a broken-down car, appliances that suddenly go out of service or travel costs. But for those folks who live paycheck to paycheck, the appeal and relative simplicity of a payday loan keeps them caught in the loop. It’s a matter of basic finances in action: If the money you have coming in is smaller than the money you owe, the cycle never ends, and you’ll always be left scrambling to try to keep up with the costs.

The particularly cruel part of the payday loan business, besides its reliance on customers who have run out of other options, is the high interest rates charged for those loans, small as the loan amounts may be, all things considered.

The Obama Administration passed rules creating the Consumer Financial Protection Bureau, which sought to help limit the often outrageous interest fees charged by payday lenders; but as the avenue of last resort for so many consumers, even the more limited fees can create insurmountable financial issues.

For those trying to break free of the borrow-repay-borrow cycle, the biggest issue is credit, and a positive credit score. Those with poor credit already are more likely to end up using payday loans rather than traditional banking resources.

And by using payday loans and scrambling to pay all that extra money in interest, fees and service charges, those consumers are unable to address their underlying financial issues.

Good credit depends on factors including your ability to pay back loans on time, but is also contingent on demonstrating a responsible balance of credit, low credit utilization rates and even maintaining credit card accounts for an extended period. Caught in the cycle of borrowing more than they earn to stay in the black, payday loan users find it difficult to make the steps necessary to rebuild their credit and getting their heads above water.

Help is available, however, and a credit repair company can offer some management tools and advice, as well as assistance in clearing up items that might be dragging down your credit score. 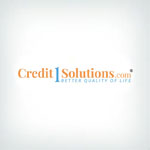 Sign up below to receive a monthly newsletter containing relevant news, resources and expert tips on Credit Repair and other products and services.