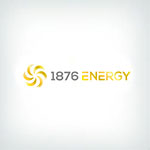 1876 Energy is a solar energy and panel installer with offices in Texas, California, and Arizona. Founded in 2016, the company operates in both residential and commercial markets, and offers customers a number of financing options — lease, loan, and outright purchase — to help them go solar. 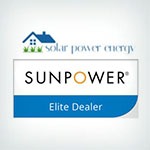 1876 Energy uses industry-leading solar panels and solar inverters in its solar installations. In concert with micro inverters from SolarEdge, the company also installs solar panels from LG. LG solar panels rank highly among the most efficient in the industry (18.4 percent on average), and carry a 25-year equipment warranty, one of the strongest available.

In terms of price, LG solar panels are considered mid-range, with price per watt falling between approximately $2 and $3. At this price, the average residential solar panel system could cost anywhere between $14,000 and $20,000*, depending on a variety of factors including size, location, labor, and cost of mounting equipment.

*Readers should note this range represents our best estimate based on industry numbers, and not an actual quote from 1876 Energy.

For customers who are unable to finance their system through direct purchase, 1876 Energy offers two additional financing options:

1876 Energy does not appear to offer customers a power purchase agreement (PPA) option. Although PPAs preclude solar customers from taking advantage of solar credits and federal tax incentives, they do allow homeowners to pay for the power their system generates — often at a lower rate than their regular utility bill.

Industry accreditations set good companies apart from great ones. In the solar industry for example, an accreditation from the North American Board of Certified Energy Practitioners (NABCEP) identifies solar providers that adhere to industry-recognized best practices.

On the 1876 Energy homepage, the company both claims “Award-Winning Service” and lists logos from a number of prominent solar organizations:

Apart from SolarEdge and Enphase, whose inverters 1876 Energy uses in its solar systems, little evidence supporting these implied partnerships and memberships could be found — either on 1876 Energy’s own website and social pages, personnel profiles on LinkedIn, or within the business directories of the aforementioned associations. Membership to these industry-recognized groups represents a definite advantage for 1876 Energy; but until the company can provide corroborating evidence beyond a page full of logos, it may not be doing as much to stand out as its website implies.

Despite a limited national reach, 1876 Energy provides affordable solar energy solutions to both residential and commercial clients. The company builds quality systems using industry-leading solar modules and inverters. 1876 Energy customers can fund their systems in every possible way except via power purchase agreement, making access to solar power incredibly easy. That said, 1876 Energy would serve potential customers better by providing greater transparency on its various industry memberships and accreditations. Once this information becomes available, the company has potential to be a solid choice for residents in Texas, Arizona, and California.