How to Choose a Solar Company: 4 Questions to Ask 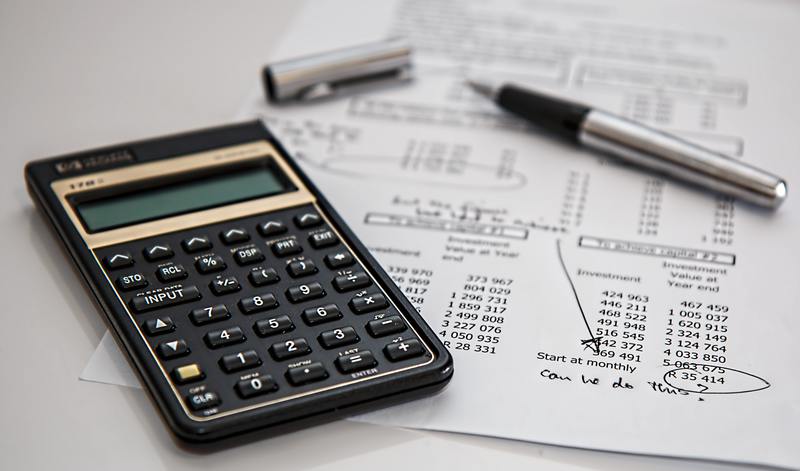 Solar has never been easier to get installed on your roof.

Thanks to breakthroughs in how to finance these, let's admit it, costly installations, solar is no longer within reach of only those wealthy enough to pay out of pocket. Now, solar is a possibility for any homeowner with decent credit. Any one of a number of solar companies are happy to help you get the financing to set up a solar system on your roof and take responsibility for the repairs and maintenance. In fact, they've made it downright easy to go solar.

Maybe a little too easy.

I mean, think about it. Yes, it's great that solar can save the environment from the pollution created by fossil fuel-burning power plants (interesting fact: if all suitable roofs in the U.S. were covered in solar panels, it would create 40% of the power Americans consume every year). But what can a solar system do to your bottom line?

If it works the way the solar companies predict it will, you should save an increasing amount of cash every month for the next 20 to 25 years. But what if your solar system doesn't live up to their promise? What if that company doesn't meet their lofty promises? You can be stuck with some very major financial consequences.

Unfortunately, most solar companies tell you just enough to get you to sign their contract, without making sure you completely understand what you're signing up for. If you can't count on the solar companies to make it clear for you, you're going to have to get tough and force them to answer those critical questions, starting with these four:

1. How do they calculate how much you will save?

Once your solar salesperson start pitching numbers to you, it's easy to get overwhelmed and just want to take their word for it. However, the sad truth is, solar companies will often act in their own interests and overestimate the performance of your future solar system. They do this by shuffling around the different numbers:

And they do this in a way that can be hard to follow for anyone who hasn't worked for a utility company.

This, of course, works against the customer, who won't know how much their system will produce until the system actually starts working. By then, they're locked into a large loan and at the mercy of the solar company for service.

One Vivint Solar customer, Ben Brenner told of living this very nightmare. "My salesman, Brett G., told me I could save 50% off the cost of my electric," Ben said. "The system they would install on my roof would generate 50% of my total electric (total annual savings = approx. 25%; generating half my electricity at half cost)."

In his Best Company review, Brett went on to chronicle how, after the installation was complete, his total annual savings were more like 10%. Even worse was the response he got from Vivint when he asked about the discrepancy.

Ben continued, "When I discovered and brought up this huge discrepancy to Brett G., he told me, 'Well you are getting a tax credit ... and that is calculated in the savings.'"

What you can do about it: First, demand to see the math in writing and keep asking them to show it until you feel comfortable with it. Second, if the math doesn't add up no matter how many times they show it to you, don't be afraid to move on to another solar company.

2. Are there any hidden fees or costs?

Some solar companies will pull you in with the promise of some kind of financial incentive, maybe a special, limited-time offer, only to make you pay for that incentive through some sneaky, under-the-radar number juggling. It's sort of the equivalent of the dentist who advertises a $500 iPad to every patient who comes in for wisdom teeth removal, only to add the $500 to the patient's bill under some innocuous category like "administrative fees."

Other hidden costs or fees can take the form of interest rate increases later in the life of the loan. These will be hidden deep in all that loan paperwork, where it will be very hard to find them.

What can you do about it: Make your salesperson explain each item on their proposal. If you don't know what any term means (like "administrative fees") make them explain it. As with #1, don't sign anything until you feel like you understand every item in their proposal. Still feel lost after multiple explanations? Don't hesitate to take a break and run over the numbers with someone you consider very savvy with numbers, accounting, etc.

3. What is their reputation when it comes to installations?

A lot can go wrong with a solar installation. I mean, we're talking about a crew of workers climbing around on your roof, drilling holes, deploying wiring, and screwing several, maybe dozens, of large solar panels to your roof. What could go wrong?

That's a rhetorical question, of course. Much could-and does-go wrong with solar installations. In fact, some less reputable solar companies seem to leave behind them a trail of wrecked roofs and malfunctioning solar systems.

John Eht, a Sunnova customer, complained on our site about the number the solar company did on his roof:

"It had come to our attention that there are several errors pertaining to the installation of our solar panels on our pole barn roof. The most upsetting, but certainly not the only one, is the fact that we now have holes in our roof where, as the sun sets, you can see daylight through. We were assured when this project began that your crew was professional and fully capable of installing the system on this particular type of roof. It is evident this is not the case."

And even when some solar companies don't inflict damage on your roof, they will take so long that customers begin to think they imagined the whole thing. Often installs can delayed for months beyond the promised date, to the point that the customers have to start paying for their loan before their solar system is creating any electricity, leaving them in the infuriating position of paying for their loan and a big, honking, savings-free power bill.

What can you do about it: Online reviews are the best place to spot those solar companies that have a track record of damaging or protracted installs. Those customers' misfortunes can be your gain.

4. What is their reputation when it comes to repairs/maintenance?

When you commit to a solar system, you're typically committing to a 20-year partnership. That's longer than many marriages. So it's only natural to wonder if you'll really be able to count on your solar company through thick and thin for those two decades. Will they really monitor your system for optimized performance? Will they show up promptly when your system breaks? Will they make you wade through a morasse of call center lackies and accountability-dodging bureaucrat to get billing problems resolved?

Frankly speaking, solar companies, as a whole, aren't known for their stellar customer service. Yes, there are some gems, but most of them are all over you when it comes to getting you to sign that contract but are nowhere to be found when it comes to service, repair, and maintenance issues.

One troubling complaint filed with the Better Business Bureau against Vivint Solar tells of a homeowner who was told he could turn on his solar system in July, only to find that it didn't generate a single watt, even six months later. Bills from his local utility company and withdrawals from his bank haven't ceased, naturally.

And calls to Vivint Solar have proven only more frustrating. Technicians have come, noted a few problems, but follow-up has failed to materialize, even several weeks after that visit.

"Meanwhile, energy bill continues to grow," says the customer. "All the while, I'm paying for a service I cannot use. Plenty of sunshine the last six months, but we can't use it. I'm very disappointed as there is no urgency to fix this. How do you sell a product that doesn't work and do not want to resolve the problem?"

What you can do about it: As with the previous suggestion, it is recommended that you spend some time perusing customer reviews. Those solar companies who struggle to deliver quality maintenance leave a trail of bad reviews behind them.

Getting Through the Growing Pains

This isn't to cast too dark a cloud over the nascent solar industry. There is a ton of promise there, and a small collection of these companies are surprisingly good at educating customers before signing and then servicing their needs afterward. These hiccups-and I would include some of the more irresponsible, and likely short-lived companies, in that category-are really just growing pains in a new industry that will eventually become mature. With that maturity will come lower costs, better service, and fewer faux pas. We just have to make through Solar's painfully embarrassing adolescence.