1. Butch Cassidy and the "Sundance Kid"

Though it didn't involve a huge amount of money, it's hard to beat the notoriety of our first heist. In 1889, Butch Cassidy & the "Sundance Kid", with their gang known as the Wild Bunch, hijacked a Union Pacific train near Wilcox, Wyoming. By the time the dust settled, they had blown up several train cars and a bridge. They escaped with about $60,000 in cash and bonds.

In 1997, Allen Pace, a Regional Safety Inspector, let five accomplices into a vault at a Dunbar Armored Car facility in Los Angeles California. They escaped with $19 million in cash. The police eventually arrested all six thieves, but $10 million of the money was never recovered.

The 2005 robbery of the Banco Central in Brazil was a classic heist, involving a complex scheme. A gang of thieves posing as landscapers rented a house two blocks from the bank, then dug a 255-foot underground tunnel. They broke into the vault on a Friday, but the theft wasn't discovered until the following Monday when nearly $70 million turned up missing.

Another famous is heist was the Great Train Robbery of 1963, perpetrated by a gang of 15 men who tampered with railway signals to stop a Royal Mail Traveling Post Office train. They escaped with $74 million, most of which was never recovered.

The Drumlanrig Castle Robbery of 2003 was a daring heist, involving four men posing as tourists. Threatening the guards with an ax, they made off with the Leonardo da Vinci painting, Madonna of the Yarnwinder; which was worth around $40 million.

In 2003, a group of criminals known as the "School of Turin" broke into the vault at the Antwerp Diamond Centre in Belgium. Three years before the crime, the mastermind Leonardo Notarbartolo rented an office in the building, giving him 24-hour access. These thieves escaped with $100 million worth of uncut diamonds, gold, and other jewelry.

In 2008, four men dressed as women walked into the Harry Winston diamond store in Paris. Once inside, they threatened employees with a hand grenade. These men, known as the "Pink Panthers," escaped with a whopping $108 million worth of jewelry.

One of the most lucrative art robberies of all time was the 1995 theft at the Gardner Art Museum in Boston. Two men posing as police officers duped the guards into letting them into the building. They escaped with several paintings, worth about $300 million.

Comparatively speaking, $200,000 isn't a lot of money, but it's difficult to match the audacity of D.B. Cooper. D.B. hijacked a plane in 1971, claiming that he had a bomb in his briefcase. After receiving his money, he parachuted out over Washington State. He was never found, making his case one of the great unsolved crimes of all time.

Without a doubt, the greatest heist of all time is Vincenzo Peruggia's theft of the Mona Lisa. Vincenzo hid in the Louvre overnight, then walked out with the painting hidden under his smock. He hid the painting in his apartment for two years, but was captured when he tried to sell it. The Mona Lisa is worth around $700 million, making this robbery the most lucrative of all time. 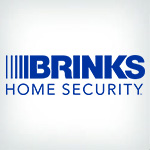