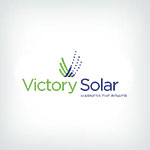 As one of the top-rated solar companies in Texas in 2019, Victory Solar has grown rapidly into one of the most well-represented solar companies in the nation. Currently, Victory Solar conducts solar installation operations in Texas and seven other states: Florida, Georgia, Illinois, Missouri, North Carolina, and South Carolina. The company has been named a three-time “Top 500 Solar Contractor” by Solar Power World Magazine.

As mentioned above, Victory Solar was named a three-time “Top 500 Solar Contractor” by Solar Power World every year from 2017 to 2019. As of 2019, the company has installed nearly 8,000 kW of solar energy throughout its eight-state service area, with Texas accounting for more than half that number. Speaking of Texas, Solar Power World also named Victory Solar a “Top Texas Solar Contractor” in 2019, ranking the company 21st out of 41 eligible companies. These accolades demonstrate Victory Solar’s commitment to installing as many quality solar PV systems as possible — particularly in Texas.

While Victory Solar spends does most of its work in Texas, mainly the Houston and San Antonio areas, the company is also rapidly expanding its business across the South and Midwest:

Compared to most solar companies that limit themselves to only one or two states, this is an impressive feat. But considering that leading solar companies cover 20 states or more, Victory Solar may still have some ground to cover if it wants to be mentioned in the same conversation as the industry leaders.

One crucial data point the company appears to have omitted from its website and other publications is regarding its available financing options. That customers can purchase a system directly from any solar company is implied; however, mentions of alternative financing options such as a solar loan, solar lease, or power purchase agreement (PPA) are nowhere to be found.

Regardless of whether Victory Solar offers these additional options, this is incredibly vital information. Not all customers can afford the substantial upfront costs of financing their systems directly, and may not qualify for a low rate for a solar loan. Solar leases and PPAs can be cost-effective alternatives for customers who want to go solar and make payments that are lower than their current monthly utility bill.

Additionally, Victory Solar does not appear to disclose its workmanship warranty, also known as a service or labor warranty. The workmanship warranty is a vital component to any solar panel system, as it protects that system against errors made during the installation process. This is different from the equipment warranty, which is often provided by the manufacturer for faulty or defective parts. Top solar companies attach a workmanship warranty of at least 25 years to their solar arrays.

No Proof of NABCEP Certification

While not an indictment of the company’s policies or installation practices, Victory Solar’s lack of an NABCEP certification (or, at least, proof of one), does little to help the company stand out from the hundreds of other solar installers in its service area. A certification from the NABCEP or North American Board of Certified Energy Practitioners indicates a company’s installers and electricians have passed the most rigorous exams the solar industry has to offer.

Overall, Victory Solar sells and installs a solid product, and has maintained a high standard of quality despite expanding to eight states across the country — no easy task. However, the company’s disclosure of important information, i.e., financing options, certifications, and labor warranty, will go a long way toward bolstering the company’s reputation. Until then, customers are encouraged to investigate Victory Solar, so long as they read the find print and ask about available payment options.