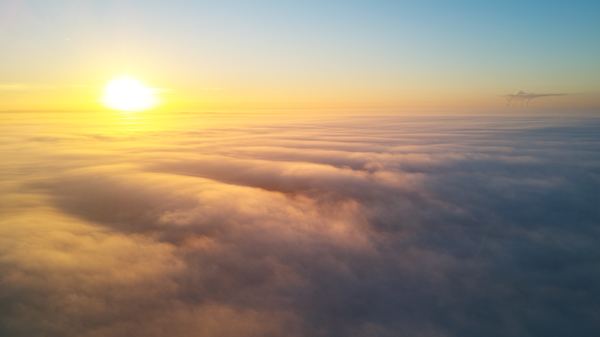 Am I allowed to make this just a very long review of my Vivint Solar installation experience?

I want to believe, as a blogger here at BestCompany.com, that I have the right to exercise that privilege. If you've been following my Vivint Solar saga (see "My Vivint Solar Installation: 7 Things to Expect" and "Vivint Solar Review: 5 Unexpected Questions From My Pre-Installation Experience"), you know that Vivint Solar has been courting me since early December, we slogged through the process until late May, and that just a few days ago, they were scheduled to do the actual installation.

Well, it is now official-and by 'official', I mean I have actual, tangible solar panels mounted on my roof. Vivint Solar has come and gone, leaving their handiwork fixed to the top of my house. This means, of course, it's time to report in and give solar newbies an idea of what they might expect from a Vivint Solar installation.

At any rate, here is my retrospective on my own solar installation with Vivint Solar, what went down, what went well, and what surprised me.

So the automated call I received from Vivint Solar told me to expect their crew to arrive between 8:00 and 11:00am. Then my sales guy-we'll call him Burt-called me up and told me they'd arrive at 7:30am. When did they actually show? At 7:05.

Yes, they caught me unprepared, stilled dressed in my jammies, hair flattened-in classic bed-head formation-against one side of my cranium. I'd planned on moving the automobiles from my driveway before 7:30am. Instead, I found myself in the awkward position of moving my vehicles in my PJs while the crew watched from their truck.

Needless to say, the Vivint Solar install crew (at least in my area) likes to get an early start. I'm assuming this is because of their tendency to complete installations to one day, which turned out pretty well.

But more on that later...

7:30am: Vivint makes themselves at home 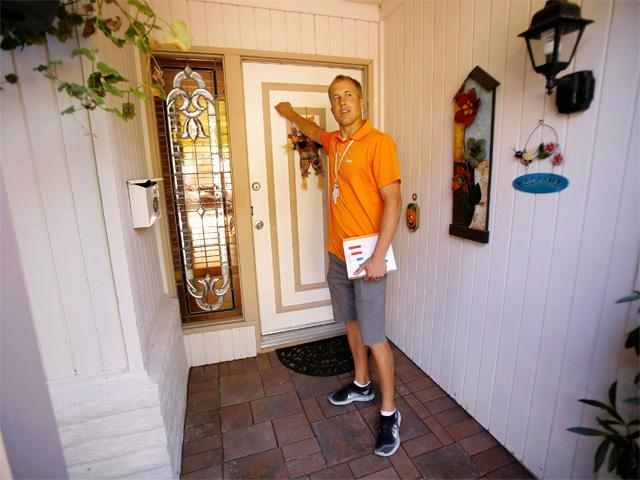 Right away, they begin marking off the perimeter of my property with Vivint orange caution tape. It looks like my house has become ground zero for an outbreak. All that's missing are the hazmat suits and some see-through plastic tunnels to go in and out of the house.

No sooner have they marked their territory than they knock on the door and ask me to show to the attic entrances. I'm ready for this, since it was mentioned in the calls their automated calls, and show them to two attic entrances in the house. In seconds, a technician has set up a ladder in my kid's room and he's wriggling up into the dusty darkness of the attic.

From this point on, Vivint guys walk in and out of the front door, to the bedroom or the office (where the other attic entrance is) without knocking or asking permission. Every time they do this, I have to resist my protector's instinct to grab the nearest baseball bat. Thankfully, after a few times, I start to not notice and no one is assaulted.

8:00am: The shouting and the drilling begin

I'm just waiting for a boot or a giant screw to punch through the ceiling and shower me in dust, but it never does.

9:00am: An unforeseen complication arises

After a flurry of shouts between a guy on the roof and a guy in the attic, one frustrated, dust-caked installer approaches me. He informs me that, unexpectedly, our trusses are not positioned vertically, as is the usual way of doing things, but are laid horizontally. This meant they would have to install one more set of panels on the front of the house, instead of on the back, as planned. In other words, they're going to make a change on the fly and get back to me.

I'm only mildly alarmed but choose to lean on their expertise. The shouting, drilling, and trespassing continue...

The Vivint Solar crew never stopped working. Not an exaggeration. They kept working, drilling, shouting, and dropping things all the way from the morning time up until mid-afternoon, when one of the workers approached me with the look of a bringer of bad news. I'm a parent and am all too familiar with this look, which usually means something has been broken.

Such was the case here. In wriggling in and out of the attic entrance in my office, the installers had cracked a big chunk off the molding around the entrance.

My first thought was, "I knew this was going to happen. Here is the damage that I had feared all along. And I bet this is where they try to get out of fixing it."

They said they were sorry and would definitely fix it. If I had any extra molding on hand (I did not) they could fix it right then and there. Instead, we opted to have them make a note of it on their report and send someone out later to replace the cracked molding.

As a temporary fix, they glued the broken piece in place with some silicone, took photos for their report, and even went out of their way to tell the installation manager about the damage right in front of me.

Honestly, I was surprised. Of course, I wasn't happy about the damage, but I was impressed that they took responsibility. Also, far from being the careless, uncaring jerks I'd envisioned in my worst solar installation nightmares, these guys were actually friendly and considerate.

Arrangements were made to have a repair worker come out to fix it, and sales guy Burt showed and invited us to go outside for the big reveal.

Amidst a flurry of workers cleaning up and packing their tools away into their truck, we moved out onto the lawn and then across the street until I could see the few panels on the front of the house (the majority being on the back side of the house).

The Vivint Solar team had taken great pains to keep the wiring and piping from becoming an eyesore by running as much of it as possible through our attic. And there were the solar panels that had to be moved last-minute to the front of the roof, looking like they were meant to be there all along.

Just to prove my merit as a homeowner, I fired as many stern questions at them as I could think of:

Every question was answered with ease. When I got tired of pretending to be a hard case, I gave into the euphoria of having a solar system on my roof. This is when I came across the most indelible image of the whole install experience: the Vivint Solar team excitedly breaking out a bag of Jimmy Johns sandwiches.

One of them turned to me as he unwrapped his sandwich and said, "Late lunch. We didn't want to break these out until we finished."

Yes, my heartstrings were pulled. To one with a hobbit's appreciation for and preoccupation with food, like myself, putting off a meal to complete a job is the ultimate sacrifice. They had worked straight from 7:00am to 4:00pm on my roof in the June heat to get my system on my roof in one day-even if it meant postponing lunch. Once more, I couldn't help but like these guys.

While I was in a good mood, Burt rushed my wife and me out onto the driveway for a photo, sure to go up on the Vivint Solar Facebook page.

5:10pm: A way-late intervention from a competitor

Less than an hour after Vivint Solar cleared out, my post-install zen was interrupted by a knock at the door. It was two guys from Vision Solar who just happened to be in the neighborhood, learned from one of our neighbors about the install, and just had to fulfill their neighborly duty and warn us away from Vivint.

On the verge of tears, they unleashed a boatload of righteous indignation over how Vivint shouldn't have installed panels on our northern-facing roof and how we weren't going to get our tax credit and how Vivint was bringing the whole solar industry down. Of course, they had no literature to substantiate these claims, only the assurance that "I've been in this industry for a long time." He looked like he was just shy of 25 years-old.

I heard them out, assured them I would bring their concerns up to Burt, and then bid them farewell, puzzled as to why they would even attempt a steal like that after panels had already been installed on my roof that very day.

If anything, it was yet another reminder of how competitive the solar industry has become and how muddled and negative it can make the experience for all customers.

Overall, however, I was happy with the install. Compared with the sales and paperwork experience I had endured, the install provided a huge boost to my perception of Vivint Solar. With any luck, their responsiveness in getting the system inspected and approved and then keeping the system running strong for years to come will mirror what I saw during the install.

So it's off to the inspection and system activation phase, which is supposed to take 4-6 weeks. I'll post a full account when the power is turned on.