1. Solar energy is the most abundant energy resource on the planet

The earth receives about 1,366 watts of direct solar radiation per square meter, but we use very little of this available energy. The annual potential of solar energy is estimated to be 1,575—49,837 exajoules (!), which is several times larger than the total world energy consumption (559.8 EJ in 2012). In order to power the entire planet on renewable energy, we would need to install solar panels on approximately 191,000 square miles. Considering there are over 57 million square miles of land on earth, we have room to spare.

2. The earth will never run out of solar energy

Unlike other energy sources like coal, natural gas, and oil, which are finite and will eventually diminish, the sun is here to stay and so is the energy we can obtain from it (at least for the next 5 billion years). If the sun happens to burn out before that, we've got much bigger problems on our hands.

According to a report by the International Panel on Climate Change, which examined hundreds of estimates of greenhouse gas emissions, renewable energy has a substantially lower negative environmental impact than fossil fuels over the lifespan of each power source. How, exactly, does solar energy reduce greenhouse gas emissions? When fossil fuels are burned to generate electricity, they release carbon dioxide, which warms the climate and causes ice to melt, sea levels to rise, and precipitation to increase. Solar panels, on the other hand, capture energy from the sun with practically no impact on the environment, resulting in electricity that is completely emissions-free.

4. Solar power is not a new technology

The potential to harness solar power was first discovered by Alexandre Edmond Becquerel way back in 1839. Becquerel created an electrical current in a conductor that's hit by the sun's rays, otherwise known as the photovoltaic effect. Solar cells were first made available for public purchase in 1956.

5. Solar panels are more efficient than plants at converting light into energy

Plants typically have a radiant energy to chemical energy conversion efficiency between 0.1 and 2 percent, while most commercially available solar panels have more than 10 times this efficiency. In other words, solar panels on the market today are more efficient than photosynthesis.

6. Solar is the most affordable energy source in the world

The cost of solar energy has dropped dramatically over the past six years, making it the most affordable energy source on earth. In fact, solar is cheaper than wind power in emerging markets such as China and India, and electricity is being produced in Chile for less than $30 per megawatt hour—half the price pf power being produced by coal.

Anyplace there's sunshine, solar energy can be deployed, which is particularly useful for remote regions without access to any other source of electricity. Furthermore, solar power can be used to run air conditioners, hot water heaters, and everything currently fueled by natural gas, electricity, or oil.

Interested in using solar energy to power your home or business? View top rated solar companies in your area here. 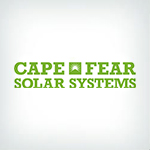