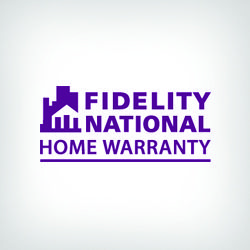 check_circle Not a verified partner 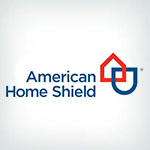 We had a contract for a while with Fidelity. The were easy to work with. We had a claim where our back carport was sinking. The sent out a company that fixed it and did a good job. The only problem is that it to fidelity a while to send out an adjuster.

They have one of the worst customer service. The waiting time to speak with a representative is too long ( some times over 30 minutes). Their coverage is below average. Their contractors mostly don’t have good reviews on yelp.

Was understanding with dealer with Delievery company that was dropping the ball to call back after canceling and not even calling yo schedule appointments and then cancel? The lady young lady that o spoke with took it and follow through with exceptional custmer service and handling my washer and dryer combo problem.

I have been waiting since the end of October for someone to come look at our heat pump,problem is still not fixed and its now the end of November I had to wait a month for my washer to finally be replaced

American Home Shield has thousands of user reviews while Fidelity National only has dozens. It wouldn't be fair to review their complaints in isolation — negative reviewers are typically the first to flock to a company profile.

However, throughout several review sites, perception of Fidelity National is largely negative. This may mean that the company needs to place more emphasis on reputation management and addressing its complaints.

On the other hand, American Home Shield is responsive to consumers’ reviews, showing a higher commitment to customer service.

Both Fidelity National and American Home Shield have one-year contracts. But AHS provides flexibility after the first year of a contract, allowing customers to continue month-to-month.

The following systems are covered under American Home Shield's Systems Plan ($599.88 per year):

Fidelity National mentions that it has plans to choose from to fit customer needs. Here's what's available for standard coverage:

It’s difficult to compare the two, because AHS splits its basic coverage into two plans and charges a slightly higher yearly rate ($659.88 per year, based on a $75 service fee) for its combo plan including all features. Some of AHS’s basic coverage for major appliances are add-on options for Fidelity National service plans, such as the refrigerator, washer, dryer, and air conditioner.

Your company preference will differ based on what the warranty offers. When looking at this basic coverage side by side, you might see one that’s a better option for you.

Both AHS and Fidelity National require their contractors to be licensed. This will keep you from having to research a good technician for your service requests, because they do the homework for you.

American Home Shield vs. Fidelity National: Which is the better option?

Both companies have proven after a couple decades of business that they’re in it for the long haul. However, based on our analysis, American Home Shield might be the better choice.

If you’re looking for a smaller warranty provider and you see that Fidelity National has coverage that’s better suited to your needs, it might make sense to choose Fidelity. However, by and large, American Home Shield is more likely to produce happy customers.