Sungevity is no longer in business.

"Sungevity laid off 400 people in March 2020 due to the Covid-19 pandemic, and Sungevity's companies - Horizon Solar Power and Solar Spectrum, along with Sungevity, ceased operations in November 2020."

Founded in 2007 by Danny Kennedy, Andrew Birch, and Alec Guettel, Sungevity was a solar company originally based in Oakland, California. Sungevity set itself apart in the solar industry by developing and utilizing a proprietary remote solar design tool, iQuote, which could provide home and business owners with price quotes and system design options without having to send an employee to visit the home. By 2014, the company had raised $70 million in equity from investors, and in 2016, Sungevity was acquired by private equity firm Easterly Acquisition. At that time, Sungevity was the fifth largest U.S. rooftop solar company in terms of market share.

At the beginning of 2017, the company laid off senior and mid-level managers, as well as the majority of its staff, without notice. Shortly after, Sungevity filed for a voluntary Chapter 11 bankruptcy, which is intended primarily for the reorganization of businesses with heavy debt burdens in an effort to become profitable. The remainder of the company was sold to private equity firm Northern Pacific Group for $50 million, and the firm’s newly created company, Solar Spectrum, acquired Sungevity’s infrastructure, technology, installer network, supplier warranties, and certain agreements.

In April 2018, the Sungevity rebrand was made official, and Solar Spectrum and Horizon Solar Power began working together under the Sungevity brand to enhance growth. Although some have been skeptical about the company’s choice to resurrect the Sungevity name after the bankruptcy, there’s no arguing that Sungevity is one of the most recognizable brands in the solar industry, and the firm’s leadership team is hopeful that the positive impact the company made during its 10-year run will outweigh its more recent history. 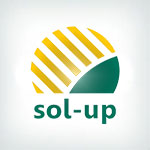 Your Most Important Solar Energy Questions Answered - I...

10 Things Only People Who Have Solar Panels Will Unders...