The point of having insurance is to save money. And when it comes to Medicare, saving money isn’t just about what insurance plan you have. It’s about when you get it.

Unfortunately, too many Medicare beneficiaries cost themselves money by not enrolling at the right time. Not only can this mistake create a gap in your coverage and leave you paying out-of-pocket until the matter is resolved, but it can also increase your premiums once you finally do get signed up.

Let’s discuss the Part D late enrollment fee and, more importantly, how you can avoid paying it.

What is the Medicare Part D Late Enrollment Penalty?

Medicare Part D is the portion of Medicare that covers most prescription medications. Part D plans are sold by private insurance companies, and while having a Part D plan is technically optional, there can be consequences if you don’t have one or similar drug coverage.

When most people become eligible for Medicare, they’re typically granted an Initial Enrollment Period (IEP). This seven-month enrollment period begins three months before you turn 65 years old, includes the month of your birthday, and continues for another three months. This seven-month period is typically your first opportunity to enroll in the various parts of Medicare. It also might be your last shot to enroll without paying any late fees.

If you go 63 consecutive days without creditable drug coverage at any time after your Initial Enrollment Period is over, you will be on the hook for a late enrollment penalty if you choose to one day sign up for a Part D plan.

In other words, once your Initial Enrollment Period ends three months after you turn 65, you better have a plan in place (literally or at least figuratively). Because once the enrollment period closes, the clock starts ticking on the 63-day window for you to enroll in a Medicare Part D plan without a late enrollment penalty.

You can also find yourself in the penalty box if you have creditable drug coverage, allow it to expire, and then go at least 63 days without replacing it.

How much is the late fee?

The Medicare Part D late enrollment penalty is 1 percent of the national base beneficiary premium for every month you were eligible for creditable drug coverage but did not have it.

The national base beneficiary premium can be thought of as the “average” Part D premium. While it’s not technically the average premium, it’s a close approximate. The national base beneficiary premium for 2022 has been set at $33.37 per month. (The average Part D plan premium in 2022 is $33 per month.) The late enrollment penalty calculation is rounded to the nearest $0.10. So for 2022, the late enrollment penalty is 33 cents for every month you did not have creditable drug coverage.

33 cents? What’s the big deal? This is where the math gets interesting. The penalty is not just a one-time fee. You will have to pay the fee every month that you remain enrolled in Part D. That means if you are late to enroll in a Part D plan and then maintain Part D coverage for the next 20 years, you’ll be paying that late fee every single month for the next 20 years or more.

Here are some other examples to consider:

One might argue that delaying your Part D enrollment could actually save you money. After all, if you go six months without paying any Part D premiums, the money saved will be more than the applied late fees.

That may be true for a certain period of time. But eventually, those monthly late penalties will catch up to and surpass any money that you saved by not paying a premium for a short time.

Plus, what happens if you are prescribed a medication during that time when you don’t have drug coverage? You can’t just suddenly sign up for a plan whenever you want. Most beneficiaries are limited to enrolling only during the Annual Enrollment Period each fall. If you were to get sick or injured and prescribed a medication in March, you’re out of luck for several months until the next AEP. And even then you must wait until January 1 for that coverage to take effect. Given the out-of-pocket cost for prescription drugs without insurance, is that a gamble you want to take?

How do I avoid paying the Part D Late Enrollment Penalty?

Some people who get saddled with Part D late enrollment penalties may do so because they aren’t taking any medications at the time of their Initial Enrollment Period. After all, if you don’t take any drugs, why would you bother signing up for an insurance plan that covers them?

But the reality is that even if you aren’t taking any medications now, there’s a good chance you will be in the future. According to the Kaiser Family Foundation, almost 9 out of every 10 Americans aged 65 and over take at least one prescription drug. For comparison's sake, only three-quarters of those ages 50 to 64 take at least one medication, signaling that your odds of needing a prescription spike right around the time you’ll be signing up for Medicare.

Most Medicare Advantage (Medicare Part C) plans include prescription drug coverage, and many plans are available for a $0 monthly premium. This means that even if you don’t take many prescription drugs now, signing up for a Medicare Advantage plan with drug coverage could come with minimal costs to you now and help protect you from potential Part D late enrollment penalties down the road.

Make sure you have a plan in place for your Medicare drug coverage. And remember, timing is everything.

Christian Worstell is a licensed insurance agent and a senior staff writer for MedicareAdvantage.com. He is passionate about helping people navigate the complexities of Medicare and understand their coverage options. His work has been featured in outlets such as Forbes, Yahoo! Finance and The Washington Post, and he is a frequent contributor to health care and finance blogs. Christian is a graduate of Shippensburg University with a bachelor’s degree in journalism. He currently lives in Raleigh, North Carolina. 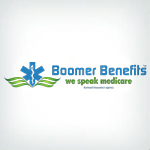 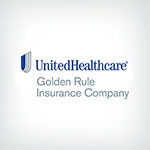 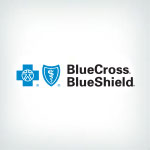 What to Know Before the Fall Open Enrollment Period

What to Know Before the Fall Open Enrollment Period

How to Choose a Medigap Plan Based on Your Future Needs

How to Choose a Medigap Plan Based on Your Future Needs

Sign up below to receive a monthly newsletter containing relevant news, resources and expert tips on Medicare and other products and services.