National Doctors' Day is celebrated annually on March 30th to honor and celebrate physicians and their contributions to patients, communities, and society at large. While the holiday was signed into law by President George Bush in 1990, the concept originated in the 1930s with Eudora Brown Almond, the wife of a prominent Georgia physician. The date commemorates the first time an anesthetic was used in surgery (March 30, 1842).

As an experienced pediatrician who completed residency training 20 years ago, I have been the beneficiary of numerous Doctors' Day celebrations, and I am grateful. I appreciate the pastries, herbal tea (because I never developed a taste for coffee), chair massages, branded gifts (blankets, umbrellas, travel mugs, etc.), invited speakers, and extravagant lunches. But I hope you'll understand and will not be too offended when I say that these acts of kindness fall terribly short of what is truly needed to address the crisis facing today's physicians.

In the latest Mayo Clinic survey, 43.9 percent of physician respondents reported burnout, characterized by emotional exhaustion, depersonalization, and a lack of sense of personal accomplishment. What used to be medicine’s “dirty little secret” is now discussed widely in mainstream social and traditional media. These open discussions have led to some controversy over the use of the word “burnout,” as some feel the term is a form of victim-blaming. Many feel that the term moral injury, defined as the betrayal of what is right by someone who holds legitimate authority in a high stakes situation, is a better descriptor for what physicians currently experience while practicing medicine in an environment that threatens their autonomy and well-being. Semantics aside, suffice it to say that doctors are hurting.

The statistics regarding physician suicide are also sobering. An estimated 300–400 physicians die by suicide every year, a rate that is higher than any other profession. As I write this article in mid-February, an Illinois pediatrician’s suicide has been in the national headlines for the last few days. Sadly, questions surrounding his vaccination practices seem to have overshadowed the tragedy of his death and the magnitude of this growing epidemic.

It’s not often that individuals get an opportunity to see their profession from the inside, Undercover Boss style. Unfortunately, the only way to do this in the healthcare field is to either become a patient or a family caregiver. For almost three years, I had the honor of being a caregiver to my late father and it was like watching sausage being made. I witnessed disjointed communication, medication errors, and near misses. I am convinced that my medical knowledge, professional influence, and ability to strongly advocate for my dad saved his life on more than one occasion.

It would have been easy to blame the physicians and label them as careless or incompetent, but I knew better. What I knew in my heart was that they were just as broken as the systems in which they worked. In their desperate attempts to survive, they had become disconnected. It’s what happens when computer screens create physical barriers between doctors and patients, when administrators and insurance companies rob physicians of their decision-making authority, and when your love for medicine is no longer strong enough to mask the bitter taste of reality.

The overwhelming majority of us became doctors because we wanted to help people. It sounds cliché, but it’s true. The problem is that patients have been reduced to checkboxes, physicians spend their days racing from one exam room to the next, and meaningful patient encounters are interrupted by misaligned administrative tasks. In this environment, it’s easy to forget why you chose this noble path. I believe that the disruption of human connection is the thread that continues to unravel the practice of medicine as we know it.

When an unknown homeless man slowly walks past your car window begging for change, the decision to stare blindly ahead while waiting for the traffic light to change is not a particularly difficult one. But if you engage in a conversation with that homeless gentleman while volunteering at a local shelter, and learn that he lost everything when his wife succumbed to cancer, you’ll roll down your window the next time your paths cross.

Similarly, when we refer to patients as room numbers or by the names of their chronic diseases, this anonymity separates us from their suffering. But if we take a few moments to learn something substantive about our patients, it creates a connection that facilitates healing on both sides of the stethoscope. I call this a 90 second encounter. I believe that if doctors use the first 1.5 minutes of every patient visit to engage in dialogue that creates genuine human connection, the results would be transformative.

To my amazing physician colleagues who are making a difference in clinical and non-clinical arenas, I salute you. Happy Doctors’ Day! To the hospital, health system, and practice administrators, I’d like to issue a friendly challenge. Cancel next year’s bulk order of customized reusable water bottles. Invest that money in system changes that foster opportunities for doctors to connect with their patients. We don’t need another luncheon. What we need is innovation, servant leadership, and compassion. March 30, 2021 will be here before you know it, and we’re counting on you. 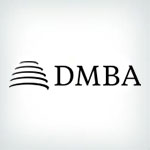 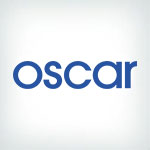 12 Things to Consider Before Taking a DTC Genetic Healt...

12 Things to Consider Before Taking a DTC Genetic Healt...

Sign up below to receive a monthly newsletter containing relevant news, resources and expert tips on Health Insurance and other products and services.