Getting out of debt budgeting and financial planning

There’s a reason so many books and blogs are dedicated specifically to women and finances. Like many other areas of life, women don’t always face the same financial problems and situations that men do.

Compared to men, women generally earn less money throughout their lives, leaving them with leaner resources to cover higher healthcare expenses and longer lives. But that doesn’t mean women are doomed to falling short of their financial goals.

Key Takeaway: Financial management is worth your best efforts.

Women who worked full-time, year-round in 2017 made about 80 percent of what their male counterparts did, according to the U.S. Census Bureau. The Pew Research Center says this gap in earnings has stayed about the same over the past 15 years.

Some experts theorize that this is at least in part due to women not negotiating their salaries as frequently or successfully as men do, which stifles their earnings for years to come. Linda Babcock, an economics professor at Carnegie Mellon University, said in an interview with NPR that people who don’t negotiate salary at the start of their careers risk losing more than $1 million in earnings over a lifetime.

Women should negotiate their salary and other perks often throughout their careers, but especially at the beginning, as those early negotiations will yield dividends over time.

A 2018 study by Merrill Lynch and consulting firm Age Wave found that women are less confident in their ability to manage investments than men are. The same study also found that 41 percent of women report that their biggest financial regret is not investing more.

Investing is an important part of wealth accumulation. Just saving is often not enough; the interest rates on many savings accounts don’t allow wealth to grow fast enough to keep up with inflation.

Whereas the average interest rate for savings accounts is 0.09 percent, the S&P 500 Index has an average annual return rate of 8 percent since 1957. Investing involves more risk, but often also higher rates of return.

Britton advises investing in companies where you spend money regularly — for example, your bank, insurance company, or phone service provider.

“Technically it may be seen as ‘inside knowledge,’ but every shopper will know when a product or service deteriorates, and if you feel like taking your money elsewhere,” Britton continues.

Many women deal with healthcare expenses unique to their gender.

There’s the cost of general reproductive health — including regular tests, birth control, and feminine hygiene products — that one HuffPost writer estimated to be about $15,000 over the course of a woman’s lifetime.

Then there’s the cost of maternal care, which has been rising for insured patients: an analysis by researchers at the University of Michigan found that average out-of-pocket spending for maternity care rose 49 percent from 2008 to 2015.

Even looking at just the retirement years, a study by Fidelity Investments found that women can expect to spend about $15,000 more on healthcare than men — $150,000 in total.

These considerations make it extra important for women to plan for foreseeable healthcare expenses — and keep a good emergency fund for unexpected medical expenses. Financial experts generally advise setting aside three to six months’ worth of expenses for an emergency fund.

“This allows them to save, take advantage of tax benefits, and have the freedom to choose where you spend your money in regards to your health,” Book points out.

A flexible spending account is a similar tax-advantaged account that can be used for certain medical and dental expenses.

Women generally live about six to eight years longer than men do, according to the World Health Organization, which means many women’s retirement savings have to last much longer than men’s do.

Even women who share income and expenses with a male partner may outlive him and be solely responsible for years more of general living expenses, and potentially long-term care, depending on their health.

Another is to take full advantage of retirement accounts, including any matching contributions their employer may offer. Funding traditional IRAs and 401(k) plans is especially beneficial because that allows the owner to make use of pre-tax contributions.

Women hold almost two-thirds of the outstanding student debt in the United States, according to an analysis by the American Association of University Women. And data from FINRA, the Financial Industry Regulatory Authority, shows that women are more likely than men to incur fees for late payments and going over their credit card limits.

The interest women pay on these debts can also be a big factor that holds them back from accumulating wealth. The sooner debt is paid off — especially debt with higher interest rates — the better.

Whichever strategy you use, be sure to make at least the minimum payment on every debt each month so those debts don’t accumulate even more fees and interest. Women who need help paying off debt can look to the best debt relief companies, which offer help with credit counseling, debt management, debt consolidation, and debt settlement. 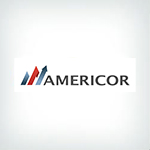 What Happens If a Debt Collector Sues Me?

What Happens If a Debt Collector Sues Me?