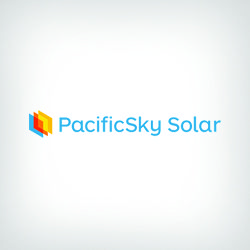 PacificSky Solar has been providing the people of California with solar panels for more than 20 years. The company originated as ADR Solar Solutions and became PacificSky in 2015. PacificSky boasts an average customer saves $2,500 per year on their energy bills. The company offers a wide variety of panel brands including SunPower, LG, Hyundai, and Solar World. Customers can get information through consultations or by visiting the showroom in Canoga Park, California. 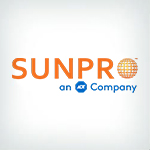 PacificSky Solar offers a 25-year warranty on their panels. The company also offers standard manufacturer warranty on its inverters.

Depending on the type of sale made, PacificSky offers between $500-$1,000 as a referral bonus if you refer a new client who makes a purchase. PacificSky doesn't spend a lot of money on marketing, so customer recommendations are a big deal to the company.

While most companies only offer black panels no matter what color roofing they have on their home, PacificSky offers panels in a variety of colors so that customers can match the panel to their roofing. Additionally, PacificSky is an elite dealer for SunPower which allows for more variety.

PacificSky has high ratings on various other customer review outlets like solarreviews.com (5 stars with one review) and yelp (4.5 stars with 15 reviews).
thumb_down

When contacted for more information, the customer service representative didn't know the answer to a variety of questions:

Although it's not common with competitors either, it's worth noting that PacificSky does not offer any mobile app to allow customers to monitor usage. Instead, customers only have access to the mobile apps developed by panel manufacturers which generally only monitor panel level monitoring.

While PacificSky Solar has overwhelmingly positive reviews, the company's previous identity, ADR Solar, does not. They aren't all negative, but they certainly are more mixed. This is especially worrisome, since the company only transitioned to PacificSky in 2015.

It's not easy to find a company that has been around as long as PacificSky Solar (previously ADR Solar Solutions). Most companies have only been around in the last decade, some only the last couple of years, so experience is definitely an advantage.

While under the name ADR Solar Solutions, customer reviews were mixed; but since the company rebranded as PacificSky Solar, customer experiences have been overwhelmingly positive. PacificSky offers a variety of payment options including cash, financing, and leasing (though it does not offer a PPA) to make solar panels an option for all customers.

I was referred to PacificSky Solar by a family member. Their positive experience was key to my using PacificSky. I researched many companies and PacificSky Solar was fair in pricing and their customer service was very good.

This company did not obtain a permit prior to installation. Now we are paying for the panels and a high electric bill. Panels were installed almost 4 months ago. We only have consumption but no credit for production given that the company can't get a permit.

We love these guys they were on time...Completed the work in a timely fashion....Very professional........