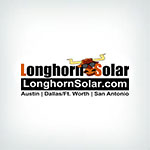 Longhorn Solar was founded in 2009 and headquartered in Austin, Texas, with additional offices in the Dallas–Fort Worth area as well as San Antonio. The solar provider has been rated one of the top solar installers in Texas as well as one of the top 500 solar contractors in the nation since 2012. With more than 2,000 completed solar installation projects throughout the state, Longhorn Solar has established itself as a true expert in the Texas solar market. 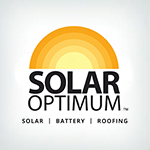 Longhorn Solar offers customers some of the best warranties and guarantees in the solar industry:

To assemble its elite solar energy systems, Longhorn Solar has partnered with some of the top solar equipment manufacturers in the world. The company uses solar panels from REC Solar, a leading solar panel producer with panels that achieve greater than 21 percent energy efficiency (considered a top five panel line). Longhorn Solar also sources its micro inverters from SolarEdge, an industry leader whose solar inverter products convert solar energy into usable electricity at a near-100 percent clip, and allow customers to monitor the performance of individual panels.

In addition to these top-level panels and inverters, Longhorn Solar also provides backup battery solutions through the LG Chem solar battery. The LG RESU10h provides homeowners with up to 9.8 kilowatts of renewable energy that can be used at night or in case of emergency or power outage.

Longhorn Solar has installed more than 14,000 kW of clean energy since its founding in 2009. The sheer quantity and quality of its work across more than 2,100 installation projects has earned Longhorn Solar a coveted spot on Solar Power World’s “Top 500 Solar Contractors” list every year from 2012 to 2020.

As part of Longhorn Solar’s mission to put a solar panel system on every Texas roof, the company regularly participates in community solar projects through its Community First Initiative. To make solar power more accessible in underserved Texas communities, Longhorn Solar takes $500 of the purchase price as well as donates $100 to a school program or classroom for every system it installs in one of its Community First neighborhoods.

No Lease or PPA Options

Longhorn Solar does not appear to provide cost-effective financing options like solar leases and power purchase agreements (PPAs); though the company does mention it provides a number of flexible loan financing options in addition to direct purchase of a solar panel system.

Only Available in Texas

Longhorn Solar is only available in Texas, a competitive solar market that features more than 600 individual solar companies and installers. Highlighting verified Longhorn Solar reviews on its own website as well as trusted review sites can help the company separate itself from competing solar providers in its area.

Longhorn Solar has not received a certification from the North American Board of Certified Energy Practitioners, an organization that provides advanced solar panel installation and solar technology training, and is considered the gold standard certification program in the solar industry. While the lack of an NABCEP certification does not imply poor installation quality on the company’s part, its presence can indicate to customers that the company’s technicians are true experts in their field.

Texas homeowners looking for a competent, honest solar panel installer that knows the local market and all the available utility incentives, they can’t do much better than Longhorn Solar. The company installs quality solar energy systems and is truly committed to helping customers save on their utility bill and invest in clean energy. And with complete in-house installation, Longhorn solar ensures that every step of the solar panel installation process meets tits high standards. Customers interested in owning (as opposed to leasing) solar panels are encouraged to obtain a free quote.