News Update: Lifewatch, Inc. has recently been charged by the Federal Trade Commission (FTC) and the Florida Attorney general for practicing the use of robocalls to get consumers to purchase their product. LifeWatch USA has also either rebranded or merged with a company called MedGuard Alert, Inc. The LifeWatch USA name is nowhere to be found on the company's website except for the site domain. 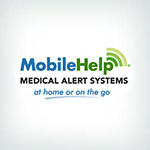 LifeWatch USA's basic in-home system features a 5-day backup battery, which is one of the longest backup batteries we've seen. Most companies will only feature a backup battery that lasts 3 days.

LifeWatch USA products and services are certified by Underwriters Laboratories, ETL, and CSAA.

LifeWatch USA offers free shipping on its products, which isn't common among other companies.

LifeWatch USA does not list any of their prices or service levels online aside from a tag that reads "as low as $1 a day". This makes it hard to gauge whether or not a service might be a good fit for a patient. If a patient can't see how much a product costs then they might move onto another personal alert service provider.

There are some concerned by the lack of communication regarding equipment fees if a cancellation occurs. LifeWatch USA clients can be subject to a $350 equipment fee for not returning the merchandise. Even if the client fails to open the package before canceling, there is still a hefty $50 restocking fee to be aware of when canceling service with LifeWatch USA.

A lot of LifeWatch USA complaints stem from billing issues. One client seemed to misunderstand the 30-day trial period and was billed for two months of service after failing to cancel their account within the trial period. It also seemed as if customers had a hard time getting back the units when they canceled their account, according to some complaints. Perhaps better return procedures would help LifeWatch USA correct this issue.

Lifewatch, Inc. offers good products and services. The products and services could be made into a perfect fit for most home care situations, and the certifications for the monitoring center are top-tier. However, when going with a particular personal alert system, a client wants to know that their monitoring professionals have dispatcher and EMT training. Despite the good found, the recent exposure to the company's deceptive practices of robocalling since 2012, the customer should want to steer away from this company.

This is a service provided to elderly individuals to have the ability to press an emergency button when they fall or get hurt. Medguard Alert, Inc. owns Lifewatch. This morning, my grandmother fell and hit her button 3 times. A prerecorded message came on that said, emergency call made. She sat on the floor hurt for 6 hours and eventually soaked in her own urine thinking someone was coming. After hours of moving herself hurt and using her grabber to get her cell phone, she called me and I ran over. I hit the machine help button and same message was said, emergency call made. No one came. We made a call to the manager, Kevin the manager explained it was my 80 year grandmothers fault she wasn’t testing the device monthly. I told him she was and according the quick guide, the machines green lights meant it was working. I also stated that I made a phone call a month ago to change billing information and no one said that her test calls weren’t coming to them when I stated she did them monthly. He agreed to give us 2 months credit and send us a new device, but they couldn’t tell us what was wrong with her current device. I told them I no longer trusted their service and to cancel. He told me we can’t because we were under contract. I told him I would contact a lawyer and he said, well I guess I can cancel since her contract is only one more month long!!! WTF!! He said we will no longer receive a credit and we had to ship the equipment back at our own expense. Isn’t the one job they have is to protect elderly individuals and audit the testing of their equipment. This should be done as many older people do not understand technology?! I work in a large bank and we contact consumers if an account is not active for 6 months. Apparently they care about revenue and not our loved ones!! DO NOT TRUST THEM WITH THE ONES WE LOVE!!! Also, Kevin is rude, disrespectful, and interrupted me while trying to tell him the horrific situation and then blamed an 80 year for not testing it correctly. Worst person ever!!!! I called 3 other companies and they test their equipment regularly to ensure emergency response to their customers. Kevin said it’s the consumers problem. Great response to an 80 year doing it with no experience with technology. I’m glad others care about more than money and about saving lives. Kevin does not.

The criminals running Lifewatch USA spent years harassing me with up to 8 calls a day using Indian call centers, spoofed caller ID, illegal robo-dialer and illegal robocall, and illegally calling my number that is on the national do-not-call list. I had to invent some tricks to get past the multiple levels of screeners who illegally use fake company names as well, and place fake orders using fake credit cards to finally ID them, which I did 9 times. And I recorded each of the hundreds of calls and over a thousand also (illegal)"dropped calls" from them. It was only after the FTC and others went after the vermin in court and I filed my own suit against them that they stopped calling me. I dropped the suit in return for their agreement to never have any contact with me again. Today I found out that a few months ago, the criminals started adding fraudulent charged for their scam "service" to my elderly father's credit card. He has never ordered anything from them or gotten any devices from them and wouldn't have ordered anything or given information to such criminals in the first place. Do not do business with "Lifewatch USA", "Medguard Alert", "Safe Home Security" or anything else remotely associated with the criminals Evan S. or David R. or Michel M. They should be shut down and sent to prison where they belong. My name is William R. James and you can google everything I said. I gave the recorded calls to the FTC. The court records are public.

Update. I called the bank yesterday and filed a lost ATM card, they won't be able to get monthly payments by auto-withdrawal anymore. They can bill me all they want, call all they want (I'll block their number). They can file a lawsuit, but according to my lawyer, it will be fruitless, as my only source of income is Social Security and those wages can't be attached. This company needs to be taught a lesson, that you don't take advantage of the elderly. I have not used this GPS tracker since I received it last May. I've authorized withdrawals of $280. so far, and if I continued I would be paying until June of next year, another $650. That's just not going to happen. I can certainly use the monthly charge of $40. for other important things.

This alert was a nightmare. We had 6 different buttons from them and had trouble with them all. We paid for the box to hang on the door for our house key, however come to find out they never informed the emergency people of that. The last alert button was supposed to have GPS but when it dries as tested in Milwaukee the sent to to our home in Sheboygan. They had to break in to see if all was ok. A true horror story. I had an awful time with the customer service people and especially the supervisor.

This service really sucks. They send you faulty equipment and then charge you for it. Customer. Service is nasty and uncaring, no understanding of mitigating circumstances. You have to abide by a very long contract. There are better and more reasonably priced systems out there. Don't select this one.

It was time to get an alert system for my dad. Well, I found Lifewatch to be extremely responsive and helpful. Everyone I spoke with there was knowledgeable, friendly and pleasant. All of my questions were answered to my satisfaction. Also, I found the hardware to be of very high quality. I had some trouble with the initial wireless link up, but the tech people literally walked me through it. After a couple of reboots, we were up and running. I have in fact read some of the reviews on the web and was careful before I chose them. But I am happy that I did.

I am very happy with my unit and the timely response when I call. My only issue is that it is ultra sensitive to movement. This is not meant to be a complaint, as I know if I actualy do fall ,they will get me help in a timely fashion.

Excellent customer service, took their time with my elderly grandmother and assisted me with any questions I had.

They have used illegal robo calling to get new customers. I recieved at least 100 calls from them. They have been investigated and fined by the FCC and continued to use robo calling services.

I never used the service. Cancelled March 2015. Returned product. Insured for $475. It was received and signed for. They claim not received. They continued to Bill me $39 automatic with drawls .Finally I had to close my account and get a new account that will not accept their bill. The automatic billing I was charged essentially pays for the product. I talked to representatives on 5 occasions. They told me they had changed their address, the next time they said they never changed their address, but I have correspondence from them with different addresses.The post office did an investigation. I thought the issue was resolved, but am now again receiving bills for $290 + monthly charges. I have tried to call their provided number and they do not answer. I will be filling a complaint with Consumer protection agency. They provide an excellent service. The last time I filed a complaint on a Robo call company, they not only resolve the problem, but forbid the company from doing business in the Stae of Montana.

My mother has had an account with lfe watch for over 8 years. When she fell out of bed on a Friday night her wrist band would not work. She dragged herself to the table where she was able to hit the monitor call button. The woman had my mother's name and address wrong. Luckily my mother was coherent enough to give the woman the correct information so 911 could be dispatched. Saturday morning she called the "24/7" company who coldly told her the device must be malfunctioning and she could not get anything resolved until they return to the office on Monday. So much for 24/7 service. When we called on Monday they told my mother nothing could be done until her delinquent account was made current. She is on auto-debit monthly for the past 8 years. They told her they no longer accepted discover but never informed us of this change. She said she would correct the account and could they send a new device right away so she can feel safe again. they refused until her account is current. We then decided after 8 years it was time to find another company. Is this how we should treat our 86 year old widows? I think not. Shame of Life Watch.