This is the third installment of the short "Intro to Tax Relief" series, presented by Tax Defense Network. You can learn more about them by reading their full review.

There are few things more disquieting than opening your mailbox and seeing the IRS logo on the corner of an envelope. You might not even have a reason to worry as far as you know, but you automatically begin worrying all the same. Everyone does. After all, what could a letter from the IRS be but bad? It's a common misconception that all notices from the Internal Revenue Service are sinister. Regardless of your opinion or prejudice, you definitely want to open that letter and read it carefully. Don't even think about throwing it away.

There are people who make the mistake of simply tossing an IRS notice, hoping that disregarding it will make whatever the problem is go away. That is, until the next notice is sent...and then the one after that. The IRS has no shortage of letters they'll send you and, if they have something they really want to talk to you about, expect plenty of mail. It shouldn't come to that, though, because you're going to do the right thing and open that letter. You don't have anything to hide and, if you do, it's clearly not working.

If you've done something underhanded or misleading on your return, a letter from the IRS shouldn't be a surprise. If, on the other hand, you're like most people and filed accurately and honestly - to the best of your knowledge - you may be anxious for no reason. The reality is that the IRS sends a variety of letters, not just warnings of an audit or potential tax debt. Whatever notice you receive will be designated by a "notice number", which has a corresponding definition on irs.gov.

Here are a few of the standard notices, including some to worry about:

This notice is sent to inform you that your return is being reviewed. This could be because something you reported seems askew or it could be completely random, but you're not required to take action. The IRS is simply giving you a heads up and letting you know they may be talking to third parties to verify everything you reported is accurate. It's not a bad idea to review your return and, if you filed with a tax preparer, you may want to give them a call to help you.

You'll see this one if you may be eligible for the Earned Income Credit, or EIC, but didn't claim it. Obviously, this is good news for you and definitely something you want to take advantage of. You'll get a worksheet, which you should complete and send back if what they're seeing is accurate. Assuming you don't have any outstanding IRS debts, you should see a refund within six to eight weeks of sending in the EIC worksheet.

This notice is sent because the IRS has made changes to your return to correct a miscalculation and, as a result, you owe money. Admittedly, this is not the ideal letter to get, but it's important that you know about the issue as soon as possible. There are a couple reasons for this: first, the IRS might be wrong in their assessment and, if so, you can make an appeal or participate in an audit. If you are in the wrong, you can either pay the debt in full or make arrangements as soon as possible to avoid penalties and interest. No matter which way you cut it, responding to the notice quickly is in your best interest.

You'll receive this notice if you owe money for unpaid taxes, plain and simple. This one may not come as much of a surprise, as you're likely to get it if you owed money from the beginning but didn't pay. If, for instance, you filed your return but failed to send in a check for the amount you owe in taxes, the IRS may send you the CP14 notice. Again, paying sooner rather than later will save you both aggravation and money.

Your tax return's being audited and you're being notified because may need to provide some documentation. While it may not be appropriate to panic, you should definitely respond promptly. Whether your return was selected for audit due to inaccuracies or completely at random, you'll need to verify what you reported through records the IRS requests. Be sure to send them copies of any documents and retain the originals in case you need them for the future.

It might seem like avoiding an IRS notice is a good way to prevent a problem, but a problem may already exist whether you like it or not. On the other hand, the IRS could very well owe you money, and there's little chance you would argue with that. The bottom line is that no matter what the reason is for the letter, there's no good reason not to open it.

Depending on what notice you get, you may want to consider requesting help from a licensed tax professional. It's important to begin working on a formal resolution as soon as possible, anda tax pro can do just that. Whatever you decide to do, remember that the first step is tearing open that envelope and seeing what's inside. 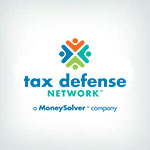 How to Reduce Your Tax Refund (and Why You Should)

What Experts Say About Getting a Loan to Pay Taxes