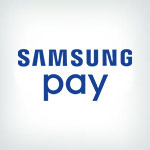 After recently discontinuing the Samsung Wallet, Samsung prepared themselves for the introduction of their new app, Samsung Pay. This app is a leader in the mobile wallet industry for several reasons. The number of locations at which the app may be used to make payments far exceeds that of any other mobile app, since the app is compatible with both near field communications and magnetic secure transmission point of sale terminals - which comprise the vast majority of the existing terminals. Adding to the company’s benefit is the government-mandated program (October, 2015) that all terminals in the US must be upgraded.

The Review Team recommends Samsung Pay as a solid choice in the mobile wallet industry.

Samsung Pay has been anticipated by many for several months, and the product has not disappointed. Some of the notable features which are included with Samsung Pay are:

Samsung Pay is different than their competition because the app can be used at any point-of-sale terminal which is compatible with Near Field Transmission (NFT) or Magnetic Secure Transmission (MST). This means that Samsung Pay can be used at any contactless POS terminal. MST is the proprietary technology which was developed by LoopPay, recently acquired by Samsung which can be used at over 90% of U.S. merchants. In order to be compatible with MST, merchants must have magnetic stripe readers in their POS terminals. Being able to pay at NFC and MST terminals allows users of this app to theoretically have access to the largest amount of stores compared to any other mobile wallet in the industry. Samsung launched in their home country - South Korea and the US first, expanding to Europe and China at a later time. This international acceptance will eclipse that which is available in any of the other leading mobile wallet apps. In addition to being compatible with the vast majority of POS terminals in stores, Samsung Pay can also be used with mobile card readers like Square without sharing any financial information during the transaction.

The process for completing a transaction is quite similar to that which is used by Apple Pay, with the exception of an additional step for Samsung Pay users. When making a purchase, users begin by opening the Samsung Pay app by swiping up from the home button. Next, they will need to select a registered card which they want to use for the transaction from those which the user has entered into the app. Before a payment can complete the payment, they are required to use a fingerprint scanner which is part of the app. To do so is straightforward and there are simple animations directing the user the steps which are needed. After the fingerprint is scanned, the device transmits an encrypted token from the selected account. If the payment is approved (based upon fund availability), the transaction is processed in a few seconds. A confirmation is then sent to the app for the user's records.

Samsung Pay is compatible with the following credit cards: Visa, MasterCard, and American Express cards which are issued by most major financial institutions. It is important to note that not all cards issued are compatible, but this is the exception rather than the rule.

Privacy and security are solid in the Samsung Pay app. Personal account numbers are not stored on the device and are stored on Samsung's secure servers. Additional security features include tokenization, meaning that user's private card information is never shared with the payment system that they are using. Instead, an encrypted number identifying the selected account will be used to protect their privacy. Samsung Pay uses its own mobile security platform called Samsung KNOX and ARM TrustZone. If users lose their phone, Samsung offers a "Find My Mobile" solution to help users find, lock, and even wipe their device remotely in the event of theft or loss.

Users are able to purchase numerous gift cards from the Samsung Pay app. Some of the more popular gift cards which are compatible with Samsung Pay include:
gavel

There are many reasons which Samsung Pay is highly recommended by the Review Team. The app is available at far more merchants than their competitors, highly secure and is integrated with most major US banks. Adding to the positive features of Samsung Pay is the upcoming world-wide capability. For those looking to upgrade their phones, the Review Team suggests looking at some of the models which are currently available with Samsung Pay as they shop to see if one of the compatible models works with their carrier and budget. Samsung Pay allows users to be one step closer to a fully digital wallet.
Was this content helpful?
thumb_up Yes thumb_down No
border_color Write a Review

Samsung Pay is a useful app for protecting your credit card id from fraud. However the points you get from it are virtually useless. They keep expiring and being devalued unless you use them which prevents you from accruing enough for any valuable items. If you want higher value items, you need to purchase additional points and then redeem for a discount code. But these codes only apply to full price and will not work with any other discounts. I recently purchased and redeemed points towards a discount code on an S10 and found that it is now worthless and Samsung will not stand behind anything. Their call center employees are not given any power to correct issues. So you can ONLY use points for dinky little discount codes to other more reputable companies rather than Samsung products and then the discount isn't worth the hassle. Treat the points as worthless and only bother using the app when its convenient.

It works so many places. Its quick and convenient. Samsung pay gives you points for using it but they are useless. After a year the points expire and there is no way to reach the number of points to get a gift. They removed a cash card which was really nice.

I am using Samsung Pay from more than a year. The app works great and can be used almost everywhere (wherever NFC payment and Samsung pay is accepted). However, their earn cash back program is bogus and the customer care is hopeless. They have a tie-up with too many stores for cash back rewards, however a lot of times cash back either don't come or come partially. If you try to reach their customer care - they try to help but they have no capability. I had called them so many times in 14 different days, however, every time they just said your issue is escalated but we are waiting for the feedback from store/case resolving team. Matter of fact I had not even received a single email from them, every time they just said we will tell your 'case assigned agent' to send you an email. Finally, I just gave up. Hopefully, they will learn to care about their customers and will deliver what they promote through the app.

The app works great most of the time and cashiers are amazed to see it work when they tell me "it won't work on our system". However there is a problem when using gift cards. The app will show a zero balance when you know that's wrong. Keep your receipts because I called to address this problem and they acted like they didn't care. I was told to use my email receipt on a card I deleted because it showed a zero balance and they acted like it wasn't their problem. So, I will look for another app that will do a better job. Samsung, you will not be recommended by me anymore since you don't care about problems that exist and you don't inform us.

It's a fun app; few store cashiers have heard of it and are dazzled when it works. Beyond that it's more trouble than it's worth. Anytime I try to use it for bills over $300, it shows a 'decline'. (Publix and an Acura Car Dealership for service) Then I give the cashier the card associated with my Samsung Pay and it works. Samsung, USAA Bank, nor the merchant accepts responsibility for the declines.

very conveinent but they play too many technical games when trying to claim their promotions. burned twice- switching to android pay or a different app. #1...denied new customer reward..followed all steps #2....denied Chase reward. I made sure to i read everything this time. .made all 3 transactions, received congratulations email. went to claim and it dissappeared, kept checking app w/o luck. called CS next day and they denied me bc i didnt call day before with technical difficulties. hun?

Received a $250 Visa Card on Samsung Pay for buying my Note Phone. Tried using it but could not because the "System" was down. Left it sitting in the account. Went to use it again and now it says it has "expired" because I did not use it. Called customer service and got "we are so sorry but the conditions are in the terms of agreement and we cannot do anything about it", so Samsung has just stolen $250 from me. So much for supporting this Korean company. No more phones, tv's etc. from Samsung.

I followed all the steps to participate in their visa checkout promotion. They said they were reviewing the transactions for about a month. They kept asking for more information. I could not get my points because I didn't take screenshots of my purchases using visa checkout. I don't usually do this. I figured there are lots of other services that just process your payments, why deal with an inept customer service department or points you will not receive

I'm still waiting to receive my points with Samsung promotion. My wife and I purchased galaxy note 8's. We both uploaded or receipts. We both received confirmation emails saying or receipts we approved. She received her points but I'm waiting almost a week later for mines. Come to find out a 3rd party is actually responsible to distribute the dais points. Would not recommend to anyone. I'll keep you posted

I've used Samsung pay before, but it wasn't my favorite out of all the other mobile wallets. Sometimes it wouldn't load, or would take forever to work.

I really enjoy how easy this app is to use, and I love that I can earn rewards when I use my card....

The biggest obstacle to the actual payment process, is the fingerprint scanner. After multiple attempts, yielding "no match" message, I am prompted to use pin rather than fingerprint. Once I get past security, the app is wonderful. But when there is a line of people behind you, and you can't get past security, it is frustrating!

Pay for all of your needs from the ease of your phone with Samsung Pay! Easy and safe to use you'll never need to carry cash again.

Ripped me off on my $200 rebate after purchasing a Samsung S7 Edge. After months of communicating by email and phone calls my 40,000 points NEVER showed in my Samsung pay account. Beware, they are in the scam business.

Will not activate my credit cards on Note 8...Customer service acts like this is not normal, but can't fix it, now I read many people have this same issue, so I use Android Pay.

Samsung pay has come in clutch when I have forgotten my wallet! Easy to set up an use! Its great!

SAMSUNG PAY is a great app if you want endless mental breakdowns at the cashier. Unreliable apps like these honestly encourage bipolar, anxiety and deep moments of rage...

Samsung Pay works when it wants too. My advice is just use a card. At least you can trust it. Will not use again

When installed you get constantly bombarded with costa coffee advertisements, no thanks Costa coffee, Costa fortune !!