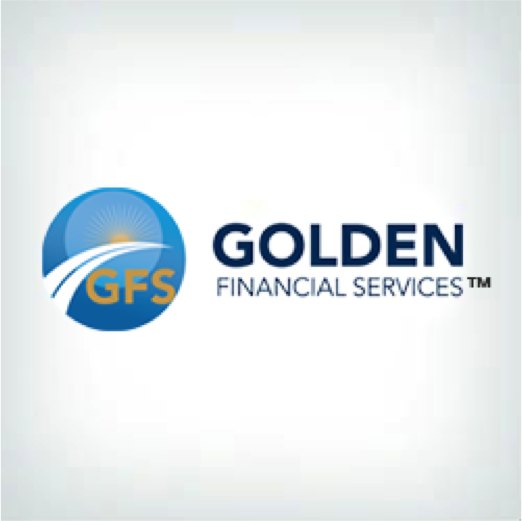 Golden Financial Services is a debt settlement company that aims to ease the constraints of debt. The company has a great record of industry experience, having been in business since 2004. GFS provides a variety of financial services, including debt settlement, consolidation, counseling, and more. In 2014, it was voted the "#1 Debt Relief Company" by eKomi, a global feedback company.

Golden Financial Services has over 12 years of experience in the debt settlement industry, which is longer than many of its competitors.

On its website, GFS has a calculator for potential clients to see how much they could pay for debt settlement. It is one of the few companies in debt settlement that offers this type of tool. GFS also has information in Spanish on its website that is easy to find.

Because Golden Financial Services only offers its services in select states, the company offers a free phone consultation where a staff member will asses the financial status of the caller to determine qualification.

At Golden Financial Services an attorney protects all settlements.

The most important negative aspect about GFS is that it lacks accreditation with the AFCC. The company is accredited by the IAPDA, however many top companies hold both accreditations. Nation and industry-wide accreditations such as these help keep debt settlement companies in compliance with federal laws and best practices.

GFS is also a smaller debt relief company. The company employs between 11-50 employees, and there is no mention of a CEO, president, or chairperson anywhere on its website. This is a concern because the credentials of who is running the business are undisclosed.

From looking at Golden Financial Services' website, it is difficult to determine which services the company offers and which ones it simply consults on. The company does not disclose pricing information, minimum debt amount, or state availability on its website. The only way to find out is to call the company and request a free consultation or ask for clarification. Additionally, some portions of the company website are difficult to navigate and do not appear to function as intended and are not intuitive.

Golden Financial Services is experienced and offers free consultations to interested consumers. However, the company lacks an AFCC accreditation and does not provide a lot of important information on its website. For this reason, we recommend learning about more credible debt settlement companies.

I contacted Golden Financial Services back in 2016, after first getting taken advantage by Debt Settlement America. The BBB recommended golden Financial, so I decided to contact them not thinking of even doing their program but to hear my options. I planned to file BK, now that I had two credit card lawsuits caused by Debt Settlement America. Anyway, Golden Financial offered me a Prime solution debt validation plan that came with a money back guarantee and credit repair. Seeing that the company had a perfect BBB rating and I could not find any negative reviews online about this company, and they provided me a written guarantee, so I figured I had nothing to lose. I was ready to file for BK, and within months after getting approved for their debt relief program, I had 4 out of 6 of my credit card debts agreeing to stop collection on the debt and 4 out of 6 decided to remove all of the negative marks from my credit. When I received the first letter in the mail that illustrated this, I almost thought it was a scam, but then I verified that it was real! Within weeks I received the other three letters, where each creditor agreed to release the debt and remove it from my credit. I could not believe how well this worked. They did all the work in the first few months, well at least it seemed that way. Over the last year, they set me up with a Kansas credit repair company who's been cleaning up the negative marks from the two credit card summons accounts that Debt Settlement America caused. My two remaining debts with the lawsuit had to go through their attorney team and ended up taking about 6-8 months of them fighting for me to get these debts dismissed. Both of my lawsuits were dismissed, I could not believe the results. I just finished paying these guys my last payment, and I could not be happier with how this all worked out. Altogether, I paid only 48% of my total debt (including both credit repair plans, lawyer fees and all), much cheaper than what the Debt Settlement company was trying to charge me. Imagine, I almost did bankruptcy, and now my credit is cleared from every single negative mark. A lot was going on with the program over the last two years behind the scene, but what I liked most was how the Golden Financial team made everything very easy for me, really only needing to send them the letters that I received from creditors and make this small payment every month. Oh, and also thank you, Robert and Luis, for all of your help with getting approved and even the CEO, Paul Paquin, who was always there to answer all of my questions, even giving me his cell phone number in case I was ever distressed and needed his reassurance lol. What great people!

I'm going to start this by saying - the company itself I'm sure is wonderful. BUT. I gave them personal information with NO follow up given to me. It's weird because people keep mentioning how great Rick is. Well that was who I was working with so he clearly picks and chooses how great he wants to be. So now I'm worried and constantly checking my credit reports to make sure nothing is open under my name that I didn't do. I was really uncertain at first about moving forward. After a few conversations with Rick and with my boyfriend, I decided to move forward. There were quite a few times I was told "I will reach out to you on this day around this time" with ZERO calls that day and time. Then a few days later I would finally hear back. There were a few times I was to reach out so I would. I spoke with my rep on a Saturday and he took preliminary information from me. He claimed to be at his home office and since my case needed an exception from underwriting, he would have to call me back that following Monday to finalize everything when he was in the office. Monday came. No call. Finally a few days later I get a call and he basically insinuates that I failed to call him. Then we speak and I get "I will call you tomorrow around this time" yet again. And that was the LAST time I heard from this guy. Now a random company has my personal information that claims to be Golden Financial but I do not trust them. I will never ever use them for anything. Not after all those red flags and a man that cannot follow up on anything he says he is going to do. Way too sketchy for me. The company has now been reaching out after I posted a few reviews the other day. While I feel like I have every right to be upset considering, I am now receiving rude emails from Rick in regards to the situation. He admitted to me that he didn't even remember my name. We spoke on a Saturday and by Monday he had forgotten my name entirely. So I, as a customer, don't feel like I matter. While there may be a lot of good reviews, some of us are entitled to bad ones when a bad experience happens. I wish I could upload the email that was sent to me by him a few minutes ago. All I want is for the company to delete my information out of their system and I am getting nothing but "I hope the people you deal with, in any aspect of life, are more forgiving because things do happen...its how we deal with those things that matters" (taken word for word from an email from Rick) I say there is nothing they can do to help because I don't want anything from them other then to have them remove my information. I have now lowered my review to a one star due to the pure attitude I am now getting.

Researching online through different websites I found Golden Financial Services, their information was really good and their reviews were really good too, so I decided to call. The specialist that helped me at Golden Financial was really knowledgeable and gave me the confidence to sign up for the program now after two years I am debt free and their service was exceptional, I highly recommend to join their program when looking for debt relief.

They offered me a student loan consolidation for my federal loans and cut my payment from $710 down to $59 per month. They resolved my private student loans and included credit repair for free. Its just unbelievable the results. Thank you