Mold. Miscommunication. Money pit. When you’re starting a bathroom remodel, these aren’t things you want to hear. You finalize your design plans and cross your fingers that everything will go smoothly. You dream of shiny new floors and a spotless tiled shower that will make your bathroom feel like a palace. 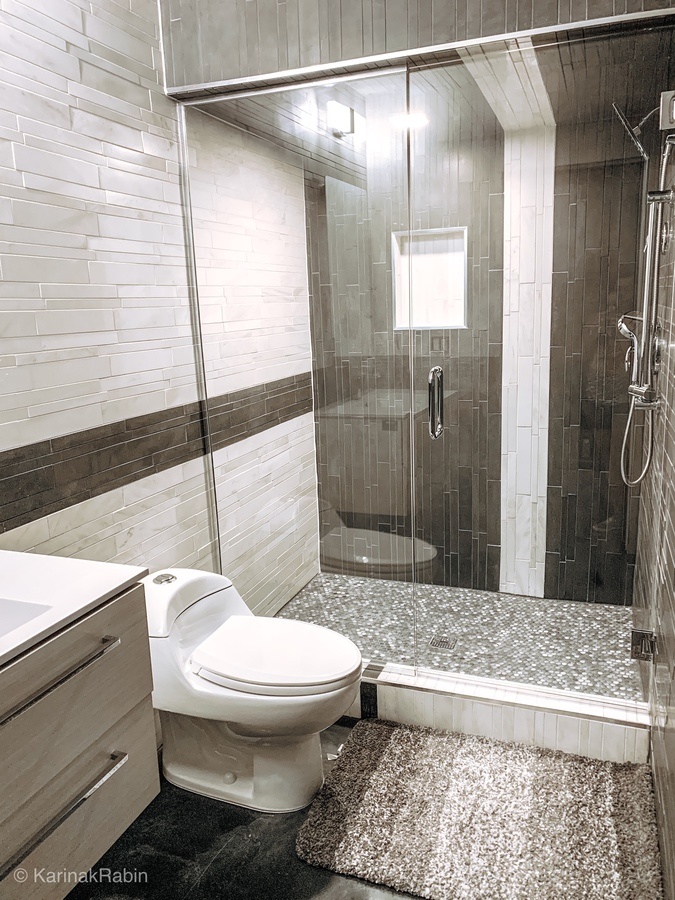 Karina Rabin’s story starts when she hired a man on the Home Depot contractor list to paint her garage. After that went well, he offered to redo her bathroom tile too. Rabin says, “I was very hesitant because he showed me previous work on his phone, and I didn’t like it.” However, she went forward with the remodel.

“I bought the tile and once they started to install it, I was in love with the design.” Once it was finished she had one of her friends, who works as a general contractor, come and see how it turned out. The friend pointed out that there were cracks in the wall, none of it was straight, the tile was in the wrong order, and there were leaks and mold behind it.

Rabin says she fought with the contractor she had hired about his terrible work. She found out he had lied and didn’t have any sort of license. Rabin laments, “Our mistake that we didn’t check.”

Rabin hired another contractor, a friend of a friend, to redo the tile work. He charged her only a fourth of the price that the first guy did. Better, right? Not completely. This second contractor didn’t tile all the way up the shower which caused problems when the plumber came. I asked Rabin what she would have done differently. “What I would have done different is RESEARCH these people. Ask for references and look at reviews. The biggest $25,000 lesson learned for a little bathroom which we still cannot use.”

"I noticed leaks coming through the ceiling" 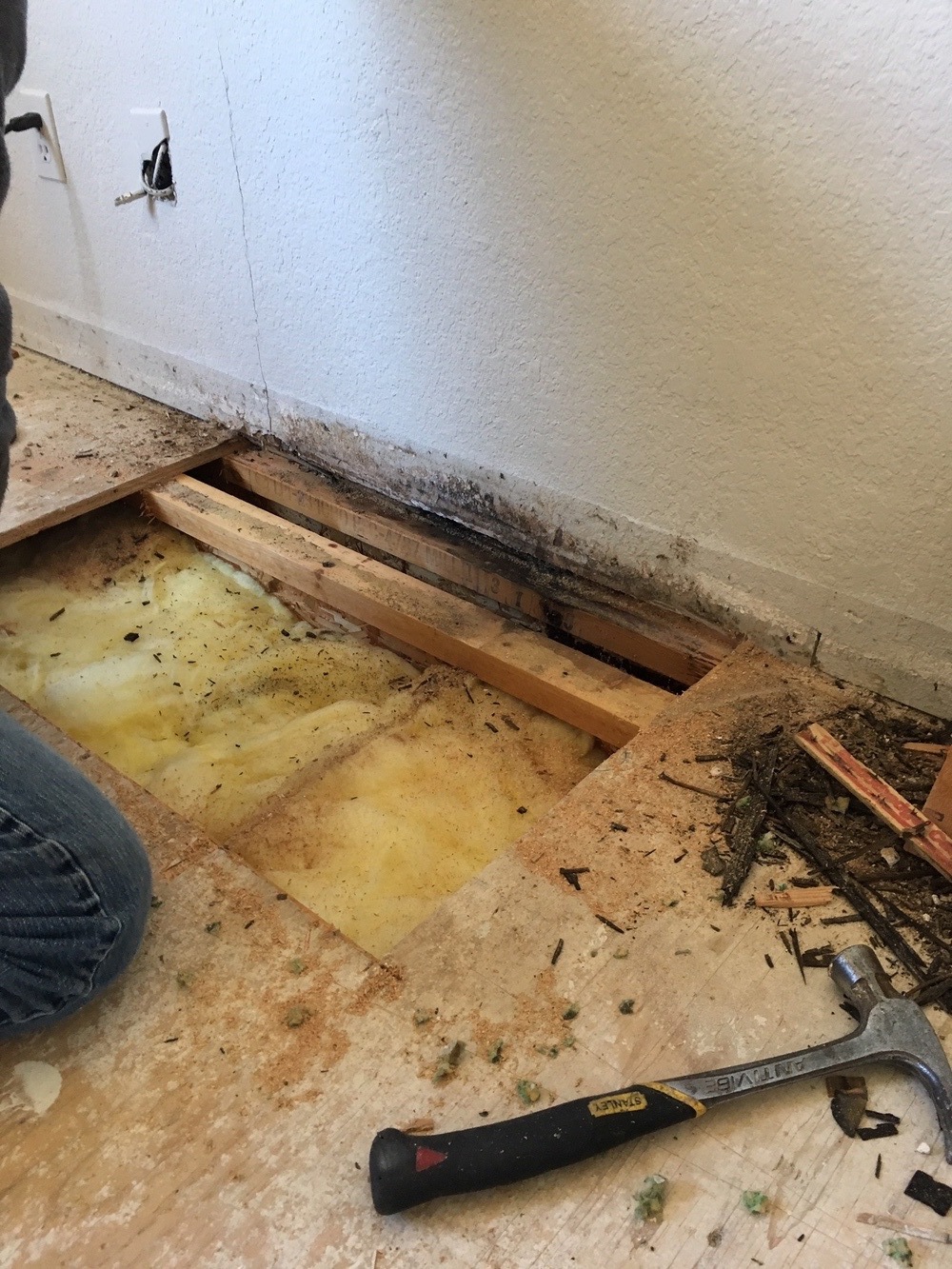 Matthew Ross from California encountered some serious problems as he tried to tackle the bathroom remodel in his first home. Ross recounts, “In order to save costs, I attempted to do a lot of the work myself or contract out each individual job to local handymen. However, the remodel process was much more involved than I thought and I ended up making some serious mistakes, especially when it came to my master bathroom.

“Instead of putting in a shower pan or building a new custom basin, I had a local handyman try to resurface the existing hot mop for me. Long story short, I noticed leaks coming through the ceiling on the floor below the master bathroom about three months later. I then had to completely tear out the shower once again and start from scratch. The whole debacle cost me well over $20,000.”

"We had to do a lot more than anticipated" 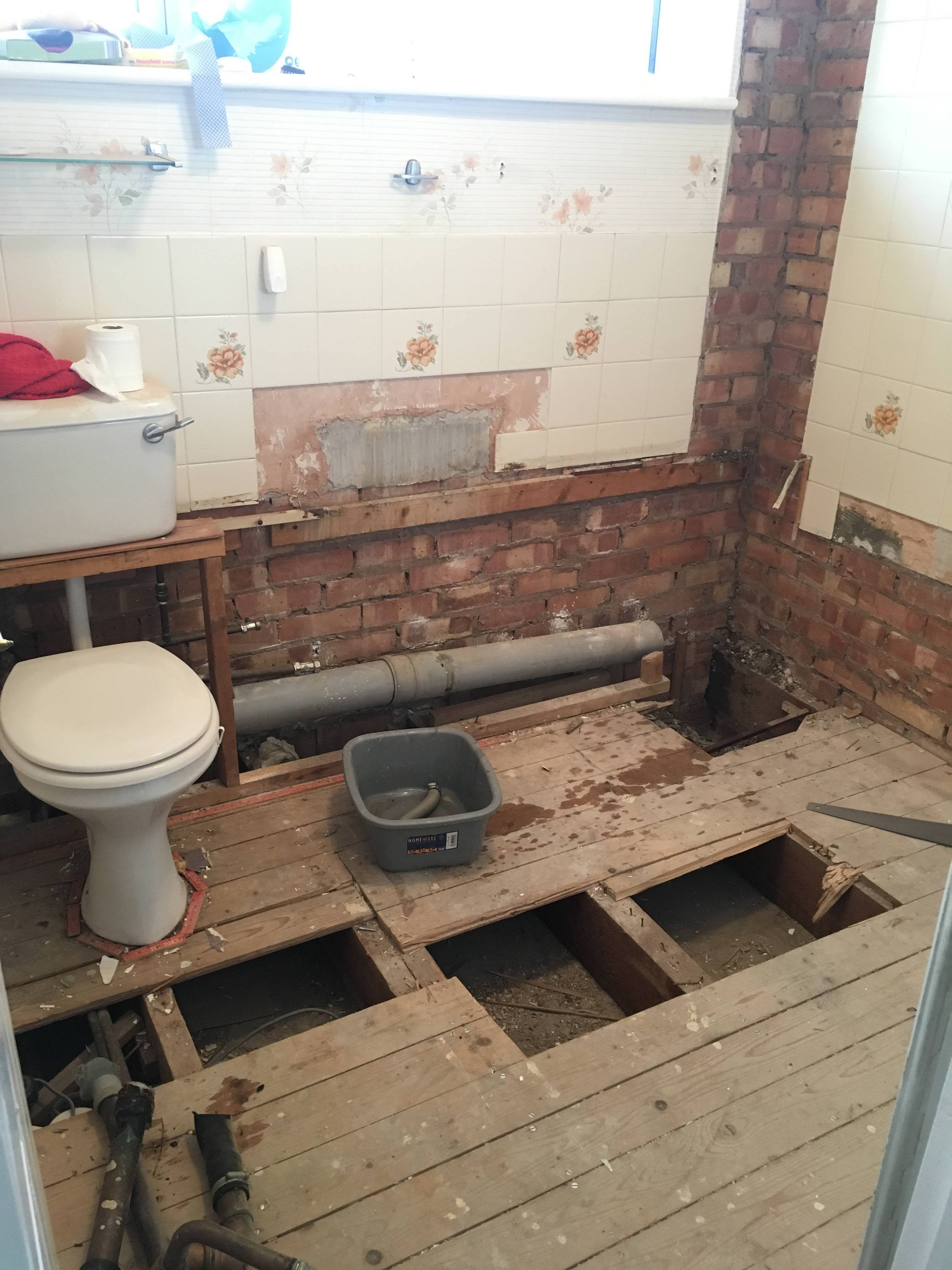 Sarah Elsley from the United Kingdom didn’t plan on renovating her bathroom just yet. She was going to start with renovating the kitchen and then move on to the bathroom after she had saved up. While in the middle of gutting the kitchen, they found bad pipe. Elsey says, “The leak had slowly rotted the kitchen.” They needed to remove and reroute the whole pipe. It ran under the bathroom, so they “had to remove the bath, sink, and toilet and all of the floorboards from the upstairs bathroom. The tiles came off the wall, the floorboards came up so we could get to all the plumbing underneath. We also found that the leak had rotted some of the joists so these had to be replaced as well. We had to do a lot more than anticipated. We found plastic sheets stuffed into the brickwork to make it level (and some of the bricks weren't secured with cement; they were just laid on top of the plastic tarpaulin). There were so many unexpected problems.”

"We discovered a wall full of ants" 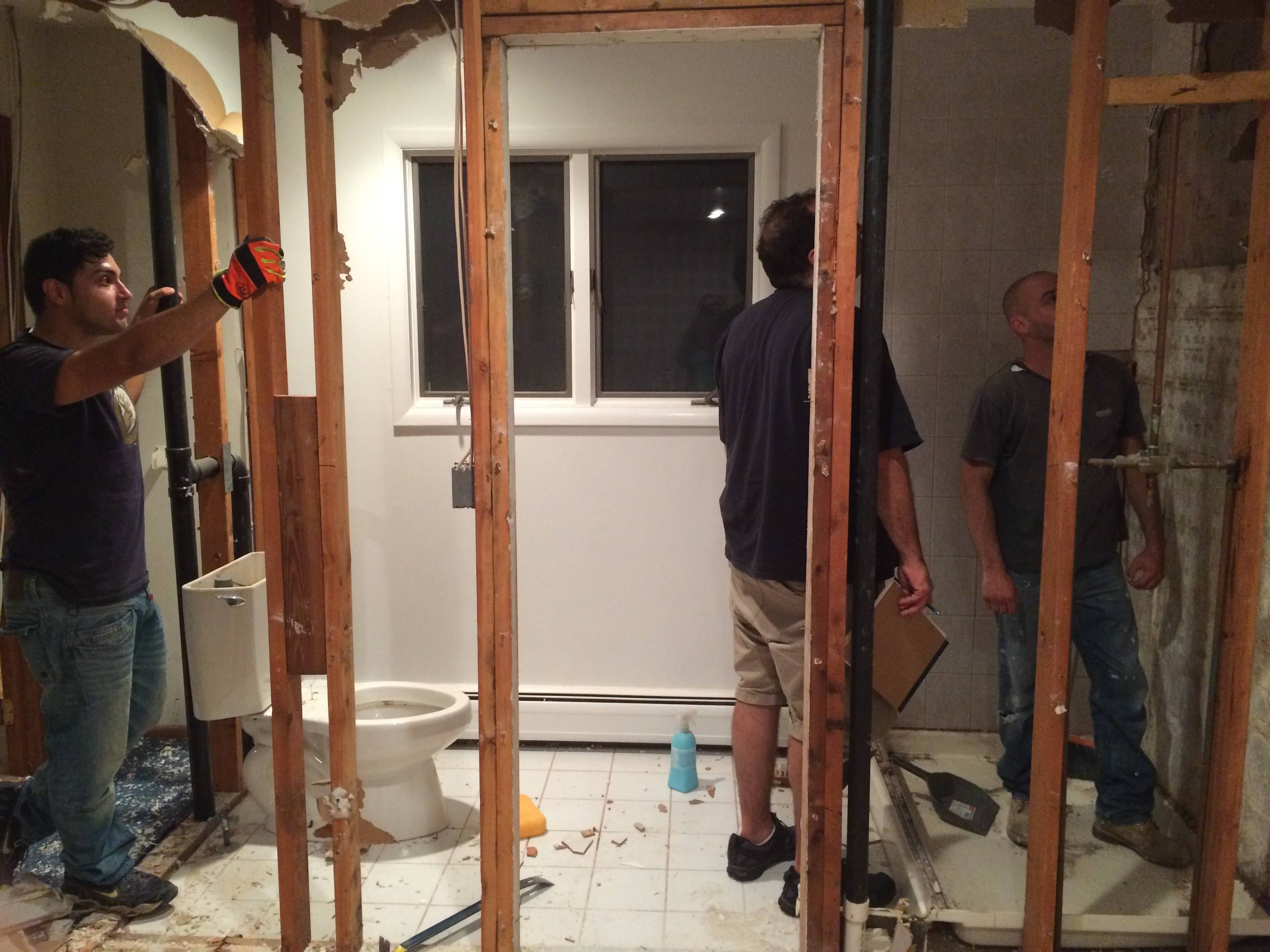 Shilamida Kypershteyn remodeled her bathroom while living in New Jersey. Kypershteyn tells about when she first met the contractor she hired, “He was actually a recommendation from a patient of mine, so I didn't think to do that much research. We met at the tub and tile store, and he seemed to know what he was doing. We were in a rush, which was probably our first mistake!”

On the first day of remodeling, Kypershteyn got a call that while the contractors were ripping down the walls, they found mold and needed to stop. Kypershteyn went to look at it the next day and discovered that it wasn’t mold, but actually a wall full of ants!

The second day of construction got worse. “The guys were working and all of a sudden we heard a loud thump. One of the guys literally fell through the bathroom floor into the living room.”
Shilamida says that she paid a large portion of the balance at the beginning of the project, but decided not to pay all of it up front. This didn’t go over so well, “Because we wouldn't put up any more money the contractor disappeared with all of our money and left us with a disaster to clean up. What was supposed to take a few weeks turned into months.”

When I asked Kypershteyn what she would’ve done differently during her remodel, she said she should’ve had done her due diligence. She wished she had looked into the contractor’s past work, called references, and checked his licenses.

"It took us almost a year to do by ourselves" 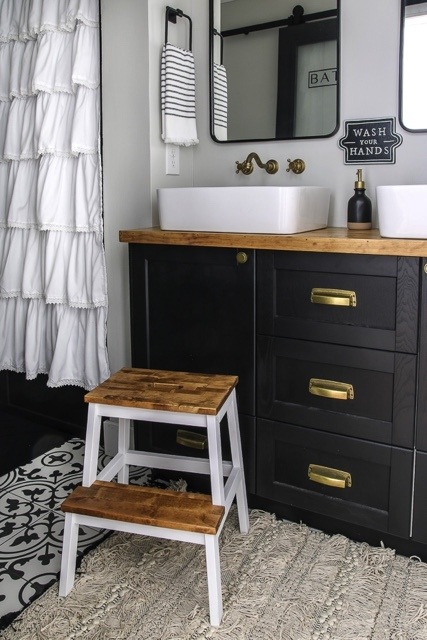 No one fell through the floor during Carmen Smith’s bathroom remodel, but the project took much longer than expected. Smith says, “We gave ourselves a 6-week timeline and instead it took us almost a year.” Why did it take so long? Carmen and her husband did it all themselves. Smith works from home as a blogger and her husband works full time. “We grossly underestimated the time it would take to complete this. Neither of us had done anything like this before, things like sheetrock, backerboard, tile — all huge projects that required knowledge and skill.”

In addition to tackling aspects of bathroom remodel that the couple had little experience in, the remodel was put on hold when Smith and her husband welcomed an adopted baby boy to their home.

What would Smith have done differently? “ We should have had more help lined up. We also needed to have more of a plan.” Smith continues, “Because tile is such an intricate piece and a very focal point of our bathroom, we absolutely would have hired that out. We also will never do sheetrock ourselves again. We got it done and it’s fine, but it was brutal and a professional could have had it done in a day or two.” 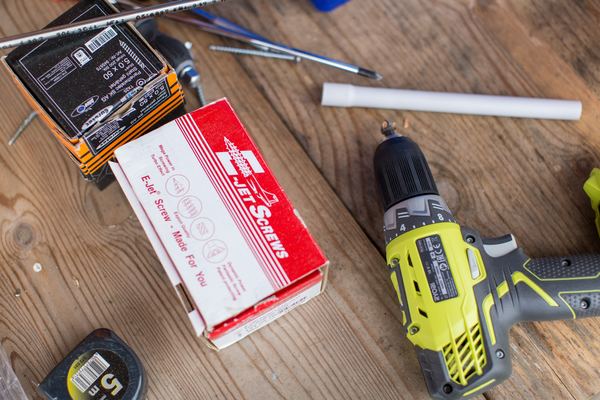 When Shawn Breyer from Atlanta talks about the bathroom in one of his rental properties he says, “We had a lot of struggles with the contractor.” There wasn’t a clear definition of what the contractor would take care of and what was Breyer’s responsibility. He recounts, “When the contractor needed materials for the job, they would call us and make us go pick up materials for them after we got off of work. We would spend roughly five hours per week at Home Depot picking up stuff for them.”

Breyer gives some advice to those starting a bathroom remodel, “When it comes to the quality of the work for your bathroom, don't assume that you and the contractor are on the same page about the end results. You may be expecting a move in ready, professionally cleaned bathroom while the contractor usually leaves the bathroom in broom swept condition with dirt and dust everywhere. Sometimes you can even encounter a contractor that gets 90 percent finished and proceeds to pull his crew off to work on the next home while sending back people as they free up. Make sure that your contract with the contractor has a section stating that they will complete the work in accordance with the local laws and settle on the condition of the bathroom when it is completed.”

In addition to having to run errands for his contractor, Breyer didn’t like that the remodel took longer than he had been promised. “They had projected four weeks to complete the work, but it ended up taking them two months to complete it. We found out later on that the contractor was doing side jobs for the neighboring houses instead of working on our house. This delayed us being able to get a tenant into the property for an extra month.”

“I flushed the toilet and it steamed my bum!" 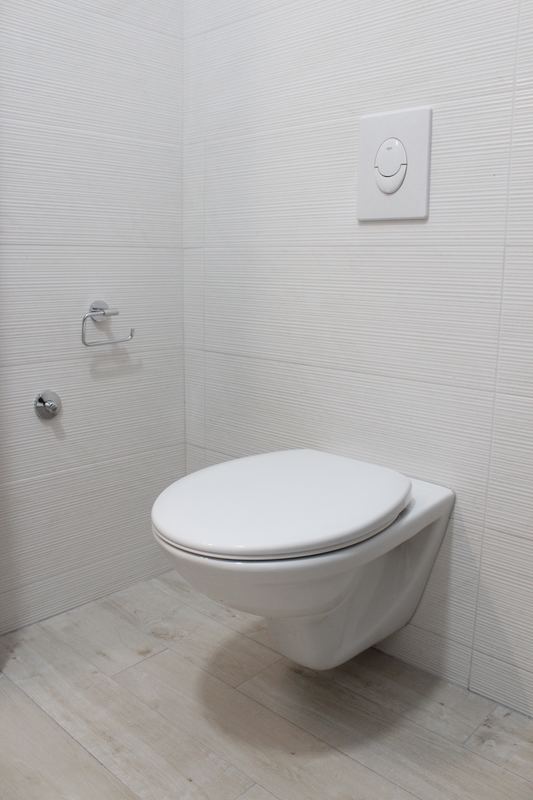 “I just flushed the toilet and it started steaming my bum!” This is not what Brian Davis wanted to hear from his tenant. The contractor had installed the toilet with the hot and cold water lines reversed! Davis says, “We both had a laugh over it, and the contractor sheepishly went out to switch the lines.” Davis talks about how misplaced hot and cold water lines are annoying for tenants or AirBnb guests who are constantly having to figure out how the plumbing works. In addition to being confusing and inconvenient, Davis says that reversed water lines “in some cases, like the toilet, if left uncorrected it’s a huge waste of energy, heating water that doesn’t need to be heated.”

Before you start busting through walls and tearing out sinks, look at this guide to see what home decor trends and styles are out. 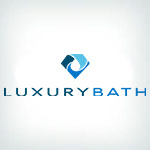 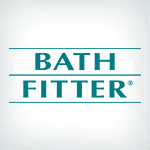 10 Holiday Decor Hacks — Use What You Already Own!

10 Holiday Decor Hacks — Use What You Already Own!

Sign up below to receive a monthly newsletter containing relevant news, resources and expert tips on Bathroom Remodel and other products and services.