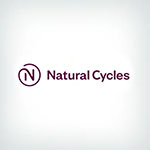 Founded in Switzerland and currently headquartered in Sweden, Natural Cycles is an FDA-cleared birth control app that allows women to control their fertility cycle without the use of hormones. The app tracks a woman’s temperature as she goes through her monthly cycle and uses an algorithm to track what days she is fertile and what days she is not. 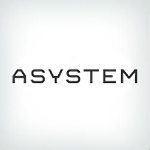 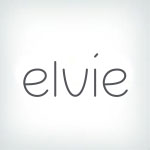 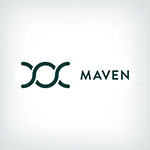 This form of female birth control is appealing because it doesn’t involve any hormones. Some women can have adverse reactions and experience side effects to hormonal birth control treatments, including weight gain, mood swings, and others, that this treatment avoids altogether. Certain birth control pills can also mix poorly with other medications, something that Natural Cycles users don’t have to worry about.

Aside from being a contraceptive app, Natural Cycles can also be used for natural family planning. Family planning and general fertility awareness were some of the original intentions for tracking a woman’s natural cycle.

One of the benefits of this birth control app is not only that it works well, but it also aims to teach women more about their bodies and menstrual cycles. Elina Berglund, cofounder of Natural Cycles, is a former member of the European Organization for Nuclear Research.

Using her experience, she created this app and its algorithm based on scientific research and testing. Just like she learned about the female menstrual cycle, users of the app can also learn about their personal cycle and how it affects their body.

Temperature is recorded through an inexpensive thermometer that users put under their tongue. All of the data collection is stored in the app, meaning less work on the part of the users. The app then calculates green days, or infertile days, and red days, or fertile days, personalized for each woman.

Since the technology of this fertility app is fairly new, it isn’t yet streamlined to work for every woman. With the variety of hormonal contraceptives available, it’s easier to find a birth control pill or other method that works for each woman. Some Natural Cycles reviews have stated that an irregular cycle length is hard for the app to work around. Some have also said that the app wasn’t accurate enough and led to unwanted pregnancy.

In some regions around the world, birth control is free or a relatively inexpensive over-the-counter medicine that is. Using Natural Cycles requires a monthly fee or a paid year subscription. When compared to free birth control, this can be a big downside. Natural Cycles uses this money to further research into fertility studies and to pay its employees since no user information is sold.

Another potential problem with the Natural Cycles app is that it relies on a woman’s basal body temperature to accurately predict her cycle. During a normal cycle, a woman’s temperature rises and falls naturally due to hormonal changes, but this can be affected by lack of sleep, hangovers, sickness, and hormonal birth control. The grace period of two days a week can help in the case of a few sleepless nights or sicknesses, but a person that is often sick might not have very accurate information on her cycle.

The other side of the issue is women who are already on various hormonal birth controls. If a woman wants to switch, she will have to consult with her doctor and wait a certain period before starting Natural Cycles.

Does Not Protect Against STIs

Natural Cycles is an innovative app that is changing the way women learn about and manage their menstrual cycles. While the technology makes it easy, this system doesn’t seem to work for many women and the customer service people need when problems arise isn’t the best.

If you’re looking to try a new natural birth control method, this might be a good option if you’re not extremely concerned with unintended pregnancy. If you’re wanting to get pregnant, Natural Cycles is a good choice of fertility tracker compared to calendar period trackers.