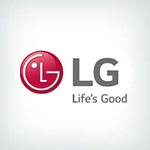 LG Electronics is known as a global leader in the consumer electronics, mobile communications, and home appliances space. Since 1958, LG has been a major manufacturing player in a number of common appliances and systems found in American homes and homes around the world.

There are over 112 operations and 81 subsidiaries that fall under the LG umbrella. It is a massive operation. To meet the ever growing needs of its clients, LG launched its solar operation and has provided and manufactured solar panels, inverters, and even storage solutions.

LG has received a number of awards within the solar industry for its manufactured products. In 2019, LG received the PV Magazine Award for its NeOn R ACe solar panel performance, The Architect’s Newspaper named NeON R ACe Solar Panel to be one of the most innovative produced in 2019. The Green Builder named the LG Solar Energy Storage System as one of its Hot 50 products. Lastly, the LG solar panels received the editors’ pick for the best of products according to A’N. 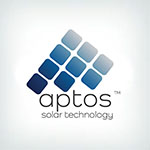 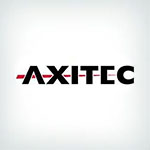 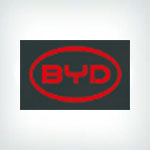 While there are a number of fully discontinued LG Solar panels to choose from, the latest panel offerings from LG include four different models. Residential property owners can choose from the following panel versions:

Depending on what a solar panel client wants, there is likely a LG model that will work best to suit those needs and standards.

However, with LG efficiency does not necessarily come at that steep cost. Instead, LG has made an efficient solar panel (19.8%) that costs less than the industry average solar panel. Prices start in the $14,000-$15,000 range prior to tax incentives and breaks.

Most solar manufacturers that regularly produce solar panels come out with a new model or upgrade every couple of years. In fact, a majority of the biggest competition has released a new solar panel since 2020. However, LG has stopped putting effort into its solar advancements. In fact, the last time LG released a solar panel was back in 2015. That means there have been no updates or upgrades to the LG solar panels since then, despite improvements in efficiency and performance with other solar panel competitors.

LG is carried by hundreds of dealers throughout the United States installing residential solar systems. There are a number of LG solar panel models still in circulation for homeowners to choose from. There will be a range in performance specifications, so it is important to pick the best technology for the property’s needs.

For what it costs to purchase LG solar panels, the efficiency ratings are dependable. Typically, the more efficient the panel, the more expensive the overall cost but with LG efficiency does not come at the same steep price as its competitors. With LG, clients can rest assured that a comprehensive warranty covers the panel's performance and a number of other specifications. Lastly, the performance metric that stands out the most with LG solar panels is the temperature coefficient range.

Before making a final purchasing decision, solar panel customers should be aware of the limitations associated with LG solar models. LG has announced that it has shut down its solar panel manufacturing operation, so the only available supply is in circulation. These models will be discontinued. The last time LG launched a new solar panel was back in 2015, meaning its technology and equipment is out of date compared to most other manufacturers in the industry.

Homeowners looking for solar panels covered by a comprehensive warranty at an affordable rate will likely benefit from what LG offers. However, there will be no technological advancements and improvements to the equipment stopped several years ago.