Broadstripe is a local, hometown cable company located in Anne Arundel Country, Maryland that began in 1998 as Millennium Digital Media. Later in 2007, it changed its name to Broadstripe and began upgrading its networks and customer care operations to better fit customers' cable needs.

Broadstripe filed for bankruptcy in 2009. Since then, the company has been working hard at marketing new deals to old and new customers to promote business and generate a loyal customer following.

Broadstripe's mission is to be company that provides the highest value of television, high-speed Internet and phone service to the people of Anne Arundel County, Maryland. 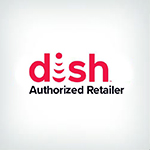 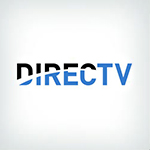 Like other providers, Broadstripe's services are bundled into packages to lower the cost of each individual service. Cable TV, high-speed internet, and phone services are the products most commonly found in Broadstripe's packages.

Prices are locked into a one-year service commitment when a first-time customer signs up with Broadstripe. Once the one-year commitment is up, Broadstripe pledges to its customer that prices will not jump but instead increase only in $5 increments per year. This is a huge benefit to customers who are looking for a long-term cable provider.

Channels on the Basic Package

DVR systems are also important to research when choosing the best cable provider. Broadstripe offers an average system that allows customer to record up to two shows at one time and has multiple hours of storage available. It also gives the ability to pause live TV and to record a show while watching a different program.

This system is not the best there is, but it is competitive, especially for a local cable company.

Customer service is a feature that Broadstripe emphasizes.

After filing for bankruptcy, Broadstripe took customer service as the feature to improve the most. The company website states that its representatives go the extra mile to provide the best service, with the kind of flexibility and enthusiasm that only a company focused on the local community could provide.

The customer service team can be reached by phone, email, fax, or address and there is a physical lobby in Anne Arundel County that is open Monday through Saturday for any in-person questions or concerns from its customers.

Broadstripe has many of the premium packages you'd expect from a large provider:

Only Available in Maryland

Mentioned before, Broadstripe is located in the Anne Arundel County of Maryland, providing its services to residents and businesses in this community.

This is what makes Broadstripe different from competitors. You're likely familiar with the big cable companies which have sweeping coverage across the United States. Unlike these nationwide companies, Broadstripe is keeping it local to give its customers personalized service.

While it makes Broadstripe's customer base limited, it could also mean you experience shorter phone wait times and lower prices.

Broadstripe does not offer a mobile app to its customers for streaming content. The company does have a TV Everywhere option that customers can use by logging onto a computer or mobile device with their Broadstripe account information, but this is not available in an app for customer convenience.

For Broadstripe's internet, TV, and phone service, you can enter your zip code to see package options in your area. However, you'll have to get in touch with a representative for pricing. Information on add-ons is available, however.

Broadstripe is a local, hometown cable provider that provides cable services exclusively to the Anne Arundel County of Maryland.

The company offers cable TV, high-speed internet, and phone services. Broadstripe has a basic twelve-month service agreement and pledges to customers that its prices will only be raised in $5 increments after the service commitment is past.

The company offers 195 channels that include 57 high definition channels to their customers and a decent DVR system that has the ability to record two shows at one time. It does not, however, provide its customer with a mobile app.

Broadstripe is a community based company that strives to provide the best for their county and has excellent customer service to prove it.