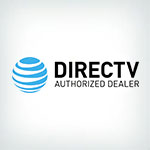 DirecTV has an entrepreneurial spirit about the company that carries through their company values. Their values consist of: leadership, decisiveness, agility, teamwork, and integrity. DirecTV is mostly known for their satellite television, but that is not all that they offer. By partnering up with other networks DirecTV is able to serve many customers that have satellite internet needs. They have been in business since 1990. 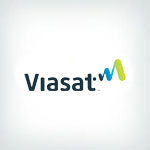 According to the 2014  American Customer Satisfaction Index, DirecTV is number 1 in customer satisfaction over all cable and satellite providers. The network works with other companies to create internet bundles for consumers. DirecTV has only partnered with two satellite internet providers, Exede, and HughesNet. We will attempt to cover features and benefits that Exede and HughesNet are offering. Please keep in mind that DirecTV requires its customers seeking satellite internet to couple their package with satellite TV and that pricing will change with both companies depending on where you live.

HughesNet is paving its way through the satellite internet industry to be a top contender. They offer download speeds up to 15 Mbps which is higher than competing companies without having to pay for a speed boost of some sort. They also have upload speeds up to 2 Mbps. Their data allowance is also higher than most competing companies at up to 70 GB per month. To help stretch out the data you have for a month, HughesNet has a bonus bytes period of 50 GB from 2 am to 8 am. A benefit you can look forward to taking advantage of with HughesNet is its SmartTechnologies including SmartFetch, SmartCompression, SmartResources, and SmartBrowsing. SmartFetch will help you load your web pages faster so you can continue doing what you love with the internet and have it keep up with you. SmartCompression shrinks the data you see on the web by up to 30% allowing you to use less data. SmartResources helps you monitor how much data you are using with a status meter. With SmartBrowsing, you'll be able to continue using the internet for emails and browsing even if you've gone over your data limit. SmartBrowsing is only available with certain plans, though. We like that HughesNet offers a variety of plans depending on your needs. For equipment, you can either purchase it or lease it. If you have additional questions, they provide an excellent FAQ section to help you.

Exede is owned by ViaSat, a company that has been in the business for over 20 years. They are leading the industry with new plans that offer data plans of up to 150 of priority data (data that you can use anytime during the month). Most of Exede's plans offer download speeds up to 12 Mbps and upload speeds up to 3 Mbps. You'll want to take advantage of Exede's SpeedBoost feature it it's available in your area, which can boost your download speed to up to 25 Mbps. 25 Mbps download speed with satellite internet is unheard of in the industry as of today. If you're looking for plans that feature more data then Exede has you covered. They have a special plan (only in certain areas) called the Freedom Plan which features 150 GB of priority data for the month. Competing companies have plans available that offer unlimited data but only for emailing and web browsing. 150 GB of data that you can do whatever you want within a month is the first of its kind in this industry. We like it when companies offer choices to their customers. When paying for your satellite equipment, Exede gives you a few options. You can prepay all of your equipment for $299.99, prepay for 24 months for $199.99 or do a monthly payment of $9.99. While it's not fun to have to pay for the equipment, at least you are given options. If you are needing additional data for the month then you can use the Liberty Pass which is featured with almost all of Exede's plans. The Liberty Pass gives you download speeds up to 1 to 5 Mbps even after you've used all of your priority data.

When doing research on HughesNet, we had a few concerns. They offer upload speeds up to 2 Mbps only. If you plan on uploading pictures or videos then you may want to use a satellite internet provider that offers higher upload speeds. Another concern we had is that they don't offer any data plans over 70 GB. Some competing companies like Exede offer the Freedom Plan which features 150 GB of data for the month. With equipment, you can expect to pay a little more than other satellite internet providers. HughesNet gives you two options. Either purchase the equipment or lease it. Purchasing your satellite internet equipment costs $399.98 and leasing it costs $9.99 per month plus a one-time charge of $99. Equipment prices with other companies give more than one option like HughesNet does but doesn't charge a one-time payment of $99 for the equipment if they decide to do a lease. Lastly, we feel that it would be beneficial for customers of HughesNet if they were offered some kind of free unmetered time like competing companies offer. It's nice to have the 50 GB of bonus bytes between 2 am and 8 am, but there's still a chance that you could run out of data for the month and then need to buy more if you want to continue using the internet. Also, HughesNet states that download and upload speeds are likely to be much slower than their normal speeds during the day.

Exede offers a slower download speed of only 12 Mbps. If you know that you are going to be streaming a lot of content online such as movies, TV shows, videos, then you may want to consider using a different satellite internet provider that offers a faster download speed. Exede does offer the SpeedBoost feature however which can boost your download speed up to 25 Mbps, but this feature can only be used with priority data and will most likely cost you an additional $10 per month to use. Their Freedom Plan is limited to certain areas so you might not even qualify for it. If you don't then you will be limited to their data plans which could feature a data cap of only 30 GB per month. This is less than half of what HughesNet offers for their data cap which is available in more areas. While you are able to make your data stretch by using the Liberty Pass after your data has been used up, your downloads will be reduced significantly.

We don't know how much it costs for an additional GB of data from either company. It would be nice to know so that you can plan to buy an appropriate plan that best fits your needs. Both companies require a 24-month commitment. Beware of cancelling early because you will be charged an early cancellation fee which can make things really start to add up.

DirecTV is a reseller of multiple internet service providers but we focused on satellite internet specifically. You are able to bundle your satellite TV package from DirecTV and get satellite internet with either HughesNet or Exede. HughesNet offers faster download speeds overall but Exede offers faster upload speeds. Exede is setting the bar with huge data plans like the Freedom Plan and giving customer the choice to boost their download speed up to 25 Mbps. However, HughesNet offers SmartTechnologies which help customers have an awesome experience using satellite internet. As you can see, there are pros and cons to both companies and they are both top contenders in this industry. We recommend both and want to leave you with as much information as possible so that you can make an educated decision. Check out our HughesNet Review, or Exede Review for more information on these satellite internet providers that DirecTV offers.

The programming was fine. My concern was the lack of wanting to keep me as a customer.

They have a good service but their rates are adjusted upwards way too often, there are probably better values out there

It seems like everytime I pay my bill the prices keep going up. DirecTV have lots of choices but are very expensive

Been a direct TV user for a while until they combined with AT&T so now I’m not even sure what I’m under. I feel like the bundles are getting old, lower the prices as streaming destroys cable.

I have been a DirecTV customer forever and like that now they are partners with AT&T and they have all the programming that I need at a great price and have wonderful customer service.

DirecTv always have my favorite shows I can watch. It always has the best movies provided for me and my family to watch all together.

We've been a customer for a number of years. DirecTV doesn't provide a good selection of movies. DirecTV recycles the same movies over and over and drop in a new one here and there. DirecTV can provide better offerings.

Very happy with their service. I switched to this years ago and haven't had any problems since. Awesome staff and TV options.

I currently have DirectTV, and while I don't use it all that much, I really do like it. I mostly use them for their great sports package and HBO. I think they are a little expensive, and the contracts are a bit of a joke. But overall, it is better than other satellite television providers.

DirectTV was pretty good when we had them. We had free HBO for a few months which I really liked, they have some really great shows. While DirectTV is good, it's not worth the high price. I ended my services after prices went up.

They perform pretty well and have really good package options. Sometimes it can be slow but for the most part I have had no issues.