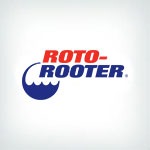 Roto-Rooter has been in the plumbing business since 1935. The company specializes in plumbing repairs and drain service. Its mission is to give homeowners the peace of mind that comes from quick and convenient service. Roto-Rooter prides itself on its unique service and on being different from its competitors. 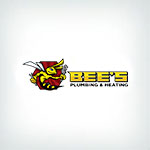 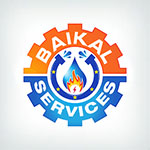 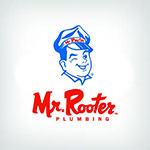 Roto-Rooter was established in 1935 and has over 80 years of plumbing experience under its belt. Its employees have the expertise needed to provide quick and convenient repairs, all within your budget.

In addition to great customer service, the company also helps customers find deals on its services. If customers insert their zip codes into the Roto-Rooter “Coupons” section, the website will provide all available deals in their area.

The company website has a section dedicated to teaching curious consumers the ins and outs of the plumbing business. Included in the How-To section are conservation tips, plumbing videos, FAQs, seasonal tips, and even a plumbing glossary. Customers looking to find information for DIY projects will find that Roto-Rooter offers useful information.

Many customers leave comments on Roto-Rooter’s Facebook page. While some comments are grateful for the service offered by the company, many commenters complain about the time it takes for Roto-Rooter service representatives to show up for appointments. The company does very well in responding to such complaints, but it would benefit from ensuring a quicker response to customer needs.

Although the company has received complaints about its service, it has done well in responding to such complaints. Additionally, there are many other customer reviews detailing the quick service and care employees had for customer problems. How a company responds to complaints can tell customers a lot about the company, and Roto-Rooter does well in resolving customer issues. When compared to other companies in the plumbing industry, Roto-Rooter is a fantastic choice.

On 7/4/2020 Roto-Rooter was called to my residence to clear a leaky/backed up toilet and help make the residence habitable. The problem ended up being more complicated than the technician expected and was not resolved. The technician stayed for about four hours, attempting to resolve the problem, growing more and more frustrated. He ended up bringing in very heavy equipment (he needed my help moving it up and down the stairs). He damaged the plaster on my walls before ever asking for my help. After he left, I discovered that the technician had left several pairs of soiled, used latex gloves lying about in my home---gloves that had been worn while treating my leaky/backed up toilet. Additionally, the technician neglected to reinstall the bolts to my toilet, leaving it completely unsecured to the bathroom floor. The water main for the toilet was also not turned back on. There was a significant amount of mess left behind as well: soiled floors and walls. My bathroom was left in an even worse state after Roto-Rooter's service call. I reached out to Roto-Rooter franchise owner, Mark A, who is unwilling to offer even a partial refund on the $1603.80 that was paid in cash, up front. Mr. A stated that the $1603.80 paid does not guarantee that the job would be completed, just attempted. Where is it okay to not complete an expensive plumbing job, damage property, leave behind literal waste materials AND get to keep the entire amount paid up front. Syracuse Roto-Rooter! I'm not disputing that services were attempted, after all the technician was at my residence for 4 hours. I take issue with the entirety of the price that was paid in advance for a job that 1) did not get completed 2) the damages to my property and 3) the dangerous/hazardous conditions the technician left behind (those different pairs of soiled gloves, the lack of proper re-installation of the toilet, etc. I was seeking a partial refund of $400 of the $1603.80 that was paid, upfront (in good faith) but Mark A is not open to any type of meaningful conversation.

If you don't want to read a long review about how awful this company is, please take away this key point: DO NOT USE THIS COMPANY. Period. My fiancé's and my basement had some kind of water leak late one night which resulted in puddles of water that eventually seeped under parts the laminate flooring. We called Roto-Rooter specifically to remove the water from under the flooring, no other reason. They gave us a quote for $4025-$6775 depending on the work that was actually done. Nowhere on the quote did it say the scope of the work that would be done. This quote is the only document my fiancé signed from this company. So they get to work "extracting water," ripping up our flooring, and setting up their drying equipment that they said would only be left at our house for 3 days. During all this work, my fiancé told one of the techs that insurance would be helping out, and the tech responded by saying "Oh this is about to go WAY up." After 5 days of not hearing from or seeing anybody from the company, we called to ask them to remove their equipment from our house. After the equipment was FINALLY removed, we called to get an exact amount owed so that we could get our finances in order. The guy on the phone told us it would be over $13,000. DOUBLE the high end of the initial quote. When I called to question this, they said that somebody had been by our house everyday to check on the equipment (lie) and that they had our initials on documents stating each time a tech came to check on it (also lie). They also said that the extra cost was for them ripping up our flooring (which they didn't even complete) because they weren't aware at the beginning that water was under the floor (LIE because that was the ONLY reason we called them). Whenever they found out we have cameras around our entire property, they backtracked. They brought over all of the documents from the project, including an itemized invoice for about $10,500, BUT the tech who brought the documents to our house said they would be willing to honor the high end of the original quote ($6775). We thanked him for the documents and got to work going through every last one of them. What we found was 1. On the invoice for $10,500 they were trying to charge us for things that they had never done (things that we have photo and video evidence they had never done), 2. They had documents with 36 different time stamps on different dates that a tech allegedly came to our house to check the equipment and documented various pieces of data regarding the equipment and the job itself (only 7 of those timestamps were accurate, and that was only because they were the times they were setting up equipment - we have video evidence they weren't at our house during any of the other 29 timestamps they have), and most importantly 3. THEY FORGED MY FIANCÉ'S SIGNATURE AND INITIALS ON ALL DOCUMENTS RELATED TO THE JOB, including a direct payment authorization saying our insurance company should pay them directly (didn't happen thank goodness), the work order to start the project, and literally every single document they had for the job besides the original quote. Neither of us had seen any of these documents prior to work being started or at any point during the project UNTIL the tech brought them to our house AFTER they got all of the equipment out. The best part of all is that my fiancé's name starts with an R, but they forged all the signatures and initials starting with a W because they apparently misheard my fiancé's name when he told it to them on the first day. When we confronted them about the forgery, they said "we aren't allowed to do that." Yeah no duh you aren't allowed to do something that is ILLEGAL. That doesn't change the fact that it happened. They also said "everyone knows when you docu-sign it looks different from your regular signature." Yeah that may be the case but 1. Nobody from their company presented their iPad/tablet/whatever we were supposed to docu-sign these documents on to either of us and 2. THEY SIGNED THE WRONG NAME AND WRONG INITIALS EVERY TIME. They also said "well we emailed all of these documents to you so you had them the whole time." Yeah no they sent them all to a WRONG email address belonging to neither of us and not even close to either of our email addresses. If we had read reviews on this company beforehand we would have never gone with them for this project. Unfortunately, it was an emergency so we did not have time to wait around. This ended up costing way more than it should have and they lied to us SO many times even after we had all the evidence against them and knew they were lying and told them we knew they were lying. Please do not use this company for anything. You won't regret taking my advice.

Roto-Rooter is a professional outfit. They respond to my calls with urgency and care. They arrive in marked vehicles and are very courteous. Pricing for plumbing issues are high in the industry, but Roto-Rooter has always been fair. You can trust their team to resolve any plumbing issue, they have for us every time!

They made my plumbing emergency go away fast, with no hassle and great service.