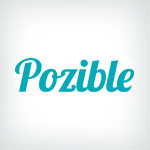 star_border star_border star_border star_border star_border
0 User Reviews
Good
Bad
Bottom Line
Reviews
Write a Review
LAST UPDATED: June 27th, 2019
Pozible was founded in May 2010. Their crowdfunding platform is targeted toward creative individuals seeking funding for tangible outcomes like a product or event. Entrepreneurs are able to reach out to a wide community of donors with likeminded interests. Since launching their crowdfunding platform, Pozible has delegated $20 million in funding to almost 7,000 projects. They work specifically to fund projects with a specified outcome, timeframe, and goal. Each project must fit in to one of their 17 categories including design, event, fashion, film, food, game, music, art, community, comics/graphic novels, journalism, performance, photography, technology, video, writing, and crafting. They boast an impressive 56% success rate for aiding projects in reaching their funding goal. 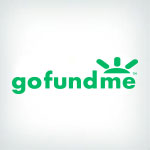 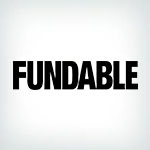 Pozible's platform offers donators a Rewards model that matches rewards to the level of funding commitment. For example, if someone donates $20, they get a basic award and if they donate $200 they get a "more valuable" reward. This allows members to personalize their campaign by creating rewards they can give to supporters in thanks for helping fund their project. Members can also limit the number of rewards issued for different tiers to encourage donors to lend support early on in the campaign. To personalize a campaign further, members have the option of embedding their campaign on their own website. By implementing a few lines of code, members can add a Pozible campaign section to their website allowing donors to connect to their campaign by showcasing their brand. This also allows members to direct traffic directly to their website. Pozible also has what they call their Ambassador Network. This is a group of individuals volunteering their time and expertise to help make your campaign a success. Each member of the Ambassador network has successfully launched a campaign through Pozible. Members can utilize the knowledge and experience of Ambassadors to ask questions and advice in order to run a successful campaign.

Pozible has no fee for registering with their platform or for beginning a campaign. Unlike many other crowdfunding platforms, Pozible offers discounted fees to projects who reach certain levels of funding: 5%: total funds pledged up to $100k 4%: total funds pledged between $100k - $500k (or projects issued an invitation code) 3%: total funds pledged of $500k or over There are no fees for non-completion of a campaign. The All or Nothing funding model prevents any monies having to be returned. The funds donated are not processed.

Pozible conducts an All or Nothing method. If you don't reach your total predetermined monetary goal you don't receive any funds. In Keep What You Raised types, you receive all funds donated even if you fall short of a specific monetary goal.

Pozible doesn't impose a maximum amount or limit to what you can raise. Some crowdfunding sites have a fundraising cap which can limit those wanting to do bigger projects and force them to do more than one campaign, possibly losing the momentum captured in the initial campaign.

The longest amount of time Pozible will give you to complete a campaign is 60 days. This is a good length compared to typical crowdfunding sites, which offer 30-45 days on average.

At the end of a successful campaign (meaning the funding goal minimum has been met), Pozible offers several payment options: Paypal, Bitcoin, Stripe or credit/debit card. Paypal, Bitcoin and Stripe transfers money electronically to your mobile wallet. Credit/debit users receive funds through a direct deposit to their bank account. Once the project reaches its deadline, all funds are collected immediately-so project creators get their money quickly. Some platforms take longer to process and transfer funds. Donations made using a credit card will be transferred directly to your nominated bank account seven days after the project deadline. Pledges made using PayPal will be automatically transferred to your nominated PayPal account
thumb_down

In order for potential donors to support your campaign, they must first register for an account with Pozible. This could potentially turn away donors. Users who have their own website can get around having donors register with Pozible by utilizing their self-hosted campaign option. This allows the campaign host to run their campaign directly from their own website. Another drawback of Pozible's platform is their lack of social media integration. Many other platforms include an option to integrate campaign information with Facebook and Twitter. Lack of social media integration limits the campaign hosts ability to reach out to family, friends, and others to gain support of their campaign.

Typically, crowdfunding platforms charge a completion fee and some sort of processing and/or transaction fees. But Pozible's fees are excessive. In addition to the completion fees, which range from 3-5% depending on the amount raised, there are transaction fees that also apply. These fees vary per country. For example: Australia: 2.4% + 30c (Australian card) / 3.4% + 30c (international card) China: 3.0% Transaction Fee + 2% Exchange Fee. Alipay Web - 1.2% Alipay Mobile - 2% WeChat - 2% Singapore : 3% + 30c New Zealand: 3% + 30c But that's not all. There are the third party payment processors (Paypal, Stripe and Bitcoin) that have fees, too. Paypal's fees are generally 2.4% + 30c per transaction. Stripes' fees are 2.7% + 30 cents for each transaction, and Bitcoin fees are ฿ 0.001 per transaction. This can make a fundraiser slightly disgruntled, as their initial fundraiser amount has several deductions by the time they see their money.

This is a negative because record-keeping and other administrative tasks eat up a lot of time, especially when you are starting a new project. A number of crowdfunding platforms help with this problem by providing services to do some of that work for you. Pozible, however, does not offer Administration Work Options. The fundraiser is wholly responsible for the delivery of Rewards as promised in their project. If you are unable to deliver all rewards to all supporters as specified, you may be in breach of consumer law and possibly responsible for providing a full refund to your project supporters.
gavel

Pozible includes several beneficial features to those seeking to raise funds for a creative project. Pozible's all or nothing fund type and excessive fees does make it potentially difficult for user's to succeed in obtaining funds for their project, however, they do include several beneficial features to help user's successfully launch a campaign. Their payment structure- as well as various methods of collecting funds- allow users to collect funds from all over the world. Their discounted fee structure is also a motivating way for user's to potentially keep more of what they earn. The ability to enlist the help of experienced fundraisers through the ambassador network provides a valuable insight into launching a successful campaign. For those seeking funds for a creative project, Pozible is a consideration (especially for those with strong self-determination), but not the best consideration out there.
Was this content helpful?
thumb_up Yes thumb_down No
border_color Write a Review