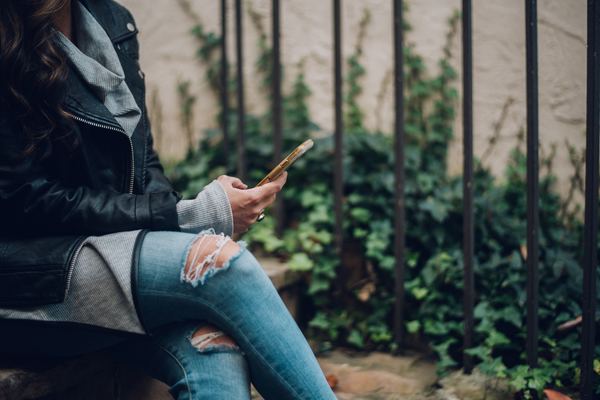 Cell phone use is so seamlessly integrated into nearly every aspect of personal and professional life that imagining any further convenience and capabilities can boggle the mind.

But there are some amazing features and new innovations on the horizon for the cell phone industry. We enlisted a panel of tech experts to weigh in on aspects of the short-term and long-term future of cell phones.

Kevin Hasley, Head of Product at RootMetrics by IHS Markit

“Consumers are bombarded with carrier claims about providing the fastest, most reliable, or overall best network. But the truth is that these claims depend on how and where a specific person uses his or her smartphone most.

This is why we develop our comprehensive National Report, which provides insight on network performance across the country, within each of the 50 states and throughout the biggest 125 cities. By combining these insights, our report allows smartphone users to see through the hype and gain an accurate picture of mobile network performance where they spend most of their time.

Our latest edition reveals interesting shifts at the metro level, which provides the most relevant insight for consumers that live or work in urban areas. In the biggest U.S. cities, the carriers make network speed and reliability top priorities.

With the carriers investing in building out their networks in preparation for 5G, we can expect to see continued speed improvements in the coming months. Once carriers’ 5G rollouts are complete, network data performance should increase significantly, allowing smartphone users to seamlessly use their devices for more complex activities, from live video streaming to interactive gaming via virtual reality.”

“The number one new technology that will take the cell phone industry by storm is 5G connectivity. It’s the number one feature people will be looking for in their smartphones in the second half of 2019 and into 2020. In the United States, large carriers like Verizon and AT&T are already starting to slowly roll out their 5G networks, although most smartphones won’t be able to take advantage of it.

In late 2019, 5G will start to spread across the country and the globe, so consumers will need a smartphone that can take advantage of 5G connectivity and boost their data speeds to heretofore unseen high speeds, in the realm of 50 times the speed of current 4G.”

“With 5G, the capacity and speed for data downloads is going to increase approximately tenfold. Currently, the average consumer uses 2GB of data per month. Available bandwidth is always consumed by new applications or behaviors. With 5G, streaming higher quality video will be faster (with less buffering), and that will be a temptation that is hard to resist.

In a few years, the average consumer usage could increase to 20GB per month. How will that impact you? If you do not have an unlimited plan, then your 2GB plan with 5G data could easily be exceeded. So, you could be paying $20 a month for 2GB of data before 5G came along and if you don't move to a higher plan and you use 20GB of data, you could end up paying $290 per month (assuming $15 per Gig for data above the 2 Gig amount).

For international travel, the impact could be much larger. With a rate of $2.05 per MB for data above 2GB for some countries, even a 1GB overage would be an extra $2,050 cell bill. Imagine going over by 10GB (hard to do before 5G), that would be an extra $20,500 charge on your cell bill! So applications to remind people about cellular data usage when they leave the country or their free Wi-Fi area will be necessary, such as Hoogo for Apple devices.” 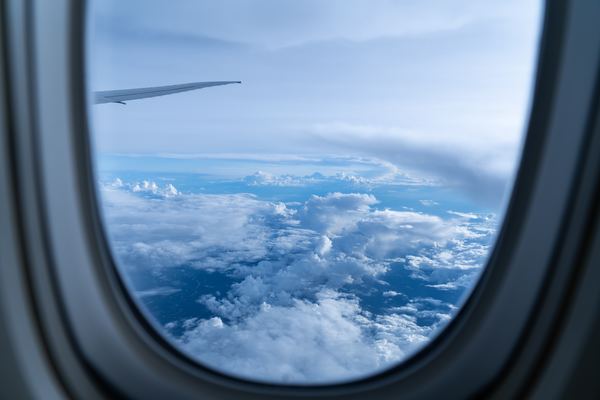 “We've evolved beyond PSTN to the VoIP era, and now we're looking at 5G, which is right around the corner. With 5G, we'll have devices in our hands that enable us to live "smart lives" — the ability to move greater data loads with lower latency, and across a wider range of devices and sensors means that we'll be able to use our handheld cell phone to control devices in our home, workplace, and elsewhere.

Cell phones will not only be able to move money and connect with loved ones, but be connected with physical devices such as coffee makers and blenders, home locks and car doors, etc. Cell phones are already incredibly convenient, but their functionality is going to become even more diverse in the next 5-10 years.”

“Many people assume that cellphones have already reached their peak usefulness. We are actually on the cusp of the next evolution, though it may take another five years before we get there.

By the end of the 2020s, cell phones will have many new abilities, while seeing the streamlining of their current functions. For example, not only will your phone be able to check work email and voicemail, but it will also be able to monitor physical workspaces through connectivity with sensors and cameras. In your personal life, your phone already grants access to financial information and personal connections. Soon, your phone will allow you to make physical transactions, remotely open your home's door to a visitor, and much more. All of this is going to become possible thanks to the emergence of 5G technology, which is going to connect our handheld cellphone with more remote sensors and tools."

"As employees become increasingly remote and non-geography specific, there comes an increased need for applications that help people better manage their work, and complete their work from wherever they happen to be located. One big trend that is having an impact is the number of people opting for remote and freelancer opportunities. This is changing the structure of the employment world and demands for technology to support self-managing employees.

Consider Nextiva, a technology business built from the development of VoIP technology, now providing CRM, sales and marketing tools. These are systems that were once developed only for large organizations (consider the IBM model) and now there is demand from a single user all the way up to workplaces of thousands. Instead of only creating a solution for enterprise level, there is now a huge opportunity to develop solutions for small and sole operator organizations.”

“I believe as time progresses that one of the primary improvements we will see is complete system integration of all a user’s accounts, data, preferences and everything about them. Apps will communicate with each other in a much better fashion than where we are today. Apple has been pushing this hard for quite some time now.

Eventually I believe all user accounts will be merged into one master account instead of having a Facebook account, Twitter, Instagram etc. You will have one account that will contain all other data from there. I also believe that with the advancements in IoT technology there will be a huge push for more complete integration with cell phone technology where your phone will be your primary hub for everything else including house, car, etc.”

“Foldable screens are coming. The tech world believes Samsung (and potentially others) are going to show off exciting smartphones or prototypes with foldable screens in Barcelona this year at the World Mobile Congress. The smart bet is that Samsung will manufacture some size of foldable screen smartphone shipment for Asia as a luxury device for early tech adopters, but it’s currently unclear how broadly they'll be expanded into the rest of the global consumer market.

It’s also a good bet that multiple, advanced cameras will be coming to both the front and back screen of the smartphone at some point in the future. Quality cameras are a highly desirable and marketable function of the consumer smartphone.”

“From everything I've seen, I suspect future phones are going to be big in wireless charging and bendable technology.  Once the technology does catches, who would ever want to use a charger again?  The bendable technology will also be a hip selling point for younger consumers. How cool and fun to be able to bend your phone however you want.”

“While facial recognition and biometrics has been out for a while now, it still has a long way to go. I believe that in the coming years we will see rapid advancements in the technology in this field. Furthermore, I believe instead of just unlocking your phone via facial recognition, that all apps and accounts will replace traditional logins with vastly improved biometric technology.”

“One thing we’re seeing with apps like Verizon’s My Numbers is the ability in the future to have multiple lines ring easily to a single cell phone. This is something entrepreneurial customers are especially excited about, so they no longer have to carry two devices — one for business and one for personal.

While we primarily deal with SMBs who purchase phone numbers for marketing purposes, we’ve seen a marked increase in phone numbers being purchased for personal use. We predict that is going to be the future of consumer cell phone purchases: when someone goes into a store to buy a new phone and sign up for a new plan, they will have an option to purchase a custom phone number to go along with it.

It’s something consumers can already do, it’s just that most don’t realize it and instead accept whatever number the phone carrier offers them. At RingBoost, for example, customers can pick a local phone number with a vanity word such as their name or an easy-dial pattern that makes conveying their numbers to others a lot easier.” 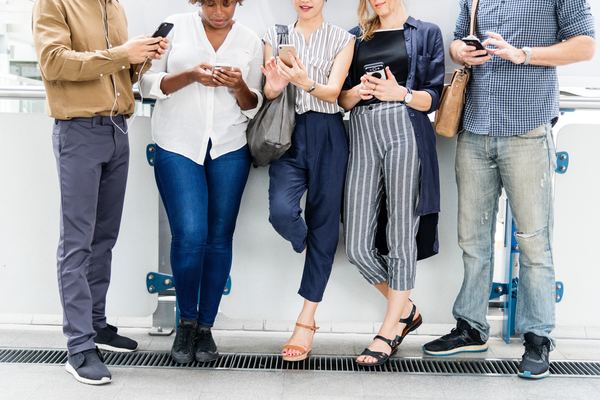 “With text messaging the number one use for cell phones, there will be more attention to texting and integration/upgrades with the OS and phone technologies.

As Forbes discussed recently, millennials have an aversion to making phone calls, preferring email or text. Texting is also becoming more prominent in the medical industry for patients to communicate with doctors and offices, and address health crises.

Texting is the number one use of cell phones, so development and implementation of better user interfaces and user experience should be a top focus of mobile technology development.

In the future, businesses will rely more on texting as a communication channel to contact them. As a result, texting apps will, for example, have the ability to add subjects, define acronyms with an acronym dictionary, and even add attachments — all the functionality of email in a text.”


Top of Page chevron_right
Was this content helpful?
thumb_up Yes thumb_down No 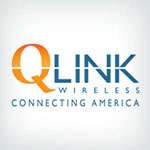 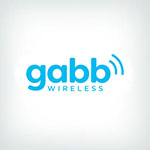 What All Consumers Should Know about Data Monitoring

What All Consumers Should Know about Data Monitoring

Sign up below to receive a monthly newsletter containing relevant news, resources and expert tips on Cell Phone Providers and other products and services.