Are minorities less valuable to banks?

For some time now, financial institutions have seen minorities and the poor drift away from traditional banking. Way back in 2012, a report by the FDIC published these startling numbers:

Yes, more and more minorities and poor households are shying away from traditional banking and finding other places to keep their money and cash checks. They're opting instead for pawn shops and corner stores to cash checks and mattresses to store money. But why?

Maybe it's because of their own personal financial histories. Maybe it's a fear of fees and interest. Or maybe they can sense the disdain that many banks seem to hold toward them.

Although banks have denied that they discriminate against minorities in any way (it's illegal) the practice is well-documented in nearly every major U.S. bank. It shows up in every kind of interaction that banks have with minority customers, from customer service to interest rates. And it can cost minority customers dearly.

Here are the five ugliest side effects of bank discrimination against minorities and how they hurt these groups: 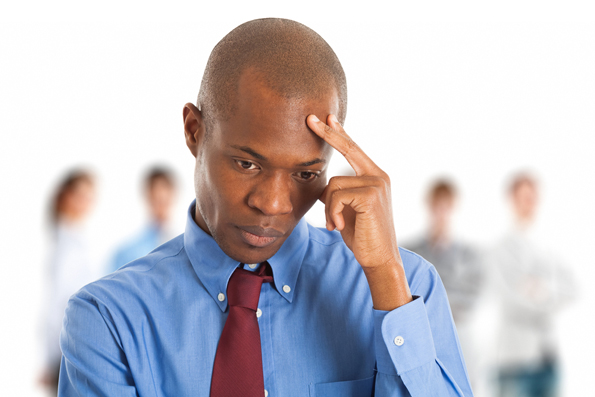 Small businesses are the backbone of any community. So what happens when minority small business owners get a subpar level of service and products from banks?

To understand how the treatment of minority business owners by banks differs from the treatment of their Caucasian counterparts, a trio of business school professors decided to hold an experiment: they sent a group of Caucasian, African-American, and Hispanic entrepreneurs to banks to inquire small business loans. They even dressed them in matching outfits. The results, published in the Journal of Consumer Research, were eye-opening:

Whether consciously or subconsciously, banks seem to give minority business owners short shrift, eyeing them with suspicion instead of as a potential partner. 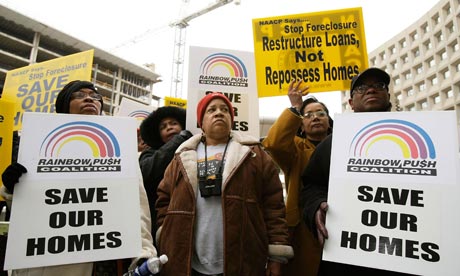 Banks often have a different set of products inexplicably set apart for minorities than they do for their white customers. Case after case has shown that banks actively steer minority customers toward these products and steer white customers away.

A lawsuit was recently brought against M&T Bank by the Fair Housing Justice Center in which the Center sent a group of South Asian, African-American, Hispanic and white testers to M&T's loan office in New York City to inquire about getting a mortgage for a single-family home or condominium. All were female and posed as single without children. As these testers interacted with M&T loan personnel one major difference became clear in how the white testers were serviced in comparison to the minority testers.

M&T Bank's Get Started Program is "limited to homes located in 'majority minority" neighborhood (more than 50% minority population) or in low or moderate-income areas." When loan personnel mentioned this program to white testers something peculiar happened:

"[W]hite testers were discouraged from applying for a Get Started mortgage. In one instance, a loan officer told a white tester, "I highly doubt you're gonna buy in an area where you're a min...more minority than majority."

And this isn't the only-or the biggest- story of this kind. In fact, the practice of banks aiming inferior products at minorities was one of the driving forces behind the sub-prime mortgage crisis that fueled the financial meltdown of 2008.

In 2011, the Justice Department went after Countrywide Financial for steering 200,000 minorities into subprime mortgages with higher interest rates based on their race between 2004 and 2008. Bank of America, who purchased Countrywide, settled out of court for $335 million.

In 2012, the Justice Department went after SunTrust Mortgage after reviewing 850,000 residential mortgage loans and concluding that SunTrust had exercised racial bias against its minority customers. SunTrust settled out of court for $21 million.

That same year, Wells Fargo was charged with steering 4,000 minorities into sub-prime loans, even though they qualified for better loans, and then jacked up their interest rates. Wells Fargo insisted that they "treated all of its customers fairly" but settled for $175 million.

Do banks really push inferior products at their minority customers, even when they qualify for better ones? For the resounding answer, you need only look to the headlines of the last seven years.

Banks' discrimination of minorities isn't just about bad customer service. Eventually, it comes down to some very real economic impacts.

In a 2012 MarketWatch survey of loan data from U.S. banks, these banks were found to be charging minorities 3.3 times more than other borrowers:

Despite solid credit histories and finances, minorities will walk away with exorbitant interest rates and fees that leave them with monthly payments that anyone would be hard-pressed to make.

What exactly does this process look like in real-world situations? The M&T lawsuit includes this shocking story from its female testers:

This story is followed by this doozy:

"In another test, [M&T]'s loan officer provided the white tester with detailed information about condominium and cooperative apartment prices she could afford, while telling the African American tester that she was not yet ready to purchase an apartment even though the African American tester stated that she had a higher annual income, more savings, and a higher credit score than the white tester had stated."

Of course, the biggest shame in all of this is the chilling effect it has on minorities' economic mobility. For the same quality of housing, minorities will be charged a significant premium compared to their white neighbors. And that difference can be large enough to make what should've been attainable now unattainable; house payments that would've been manageable, unmanageable.

From banks that claim in taglines and mission statements to be all about helping people reach their dreams, these policies and decisions make it clear that banks might be interested in the success of only one race in particular.

Bank discrimination doesn't stop with loan officers and underwriters. Banks have been known to neglect foreclosed homes in minority-majority neighborhoods, a problem which got much worse during the Great Recession.

In one example of this, Bank of America, already under investigation for discriminatory practices, had a complaint filed against them in 2013 for leaving their foreclosed homes in bad repair in neighborhoods where minorities made up the majority. Those who filed the complaint the Department of Housing and Urban Development examined 116 bank-owned properties in Memphis, Atlanta, Denver, and other metro areas and found:

"Bank-owned homes in black and Hispanic neighborhoods were roughly twice as likely as those in white neighborhoods to show visible evidence of neglect and decay, such as broken windows and overgrown lawns."

As one final evidence of bank discrimination toward minorities, banks routinely expand their presence in predominantly white neighborhoods but reduce their numbers of branches in minority neighborhoods.

Earlier this summer, Chase Bank surreptitiously began pulling their branches out of African-American neighborhoods in Indianapolis. This leaves the 30% of Indianapolis blacks that bank with Chase to search for another financial institution and greatly reduces their banking options in neighborhoods already low on options.

A deeper dive by one Indianapolis journalist into Chase's branch locations, comparing branch locations with those areas deemed as "Black majority tracts" by the U.S. Census, discovered the following:

"Of [Chase's] 53 branches, only nine are located in Black-majority census tracts... Several sources tell me Chase plans to close another city/county location, in an area with the third highest percentage of Black population of any Chase area. That would mean Chase would be closing a third of their branches in Black-majority neighborhoods. Reducing banks in neighborhoods with high concentrations of Blacks smacks of blatant racial red lining."

Fortunately, in the Indianapolis example, African-Americans still have credit unions, which they use in higher numbers than they do Chase. Other minority neighborhoods aren't so lucky, as minorities with fewer options are forced to use less reputable and often more expensive options like payday lenders and pawn shops.

Minorities just aren't as valuable to banks as whites are

The discrimination of banks toward minority groups points to one inescapable fact: whether as organizations or as individuals, banks do not value minority consumers as highly as they do white consumers. What's most troubling about this is that this devaluing is not based on any kind of financial analysis, but on soft, backward, prejudicial ideas about minority groups.

Fortunately, although many of the banks in the U.S. have exhibited these discriminatory tendencies, many minorities are finding success with online banks, where they find the color of their skin is less of an issue.

Read rating based reviews from real customers and our analysts here at bestcompany.com.

Sign up below to receive a monthly newsletter containing relevant news, resources and expert tips on Banks and other products and services.