As of February 2020, 1,730 of the 140,102 borrowers who applied had their loans forgiven. The current approval rate of 1.2 percent is not much higher than it was three years ago.

Many doctors with student loans from medical school see Public Service Loan Forgiveness as a way to help them pay off their high six figure debt, while pursuing a career they love. Most accept lower paying jobs in hospitals and academia, and have an income-driven payment that doesn’t cover the interest that accrues on their student loans every month. For doctors, having a Public Service Loan Forgiveness application denied puts them in a worse situation than when they graduated because their loans have grown, sometimes by more than $100,000, due to having a payment that didn't keep up with their interest charges.

As of February 2020, 14 percent of applications were denied due to having the wrong type of student loan.

When the PSLF program was enacted in 2007, only 21 percent of outstanding loans were direct loans. Because a large portion of borrowers had Federal Family Education Loans when this program was rolled out, many did not know that they were not making qualifying payments towards the program.

Borrowers could consolidate their FFEL loans into a Direct Consolidation Loan to qualify for PSLF, but consolidating resets the 120 qualifying payment count required for the student loan forgiveness program. Many people were not aware of this workaround until they tried to apply. Had they consolidated years ago, they could be well on their way to qualifying for Public Service Loan Forgiveness.

How do errors affect the application process?

By June 2019 over 90,000 unique borrowers submitted applications for the PSLF program, but over 111,000 applications were submitted.

As of February 2020, 23 percent of applicants didn’t file their paperwork properly or submitted multiple applications. Over 140,000 unique borrowers submitted applications, but over 178,000 applications were submitted.

For every borrower that applied for forgiveness, there was an average of 1.3 applications submitted by February 2020, up from 1.2 in June 2019. This increasing rate of applications to borrowers tells us that more borrowers are needing to submit multiple applications due to errors or missing information in their previous applications.

In February 2020, 59 percent of applications for Public Service Loan Forgiveness were denied because the borrower hadn’t earned the full 120 qualifying payments needed.

To meet the final requirement to be approved for Public Service Loan Forgiveness, borrowers needed to be on an income-based repayment plan for all 120 payments.

Congress passed a temporary policy to set aside a separate fund and application process, to help borrowers who discovered they were on the wrong repayment plan. Temporary Expanded Public Service Loan Forgiveness, TEPSLF, set aside $350 million in 2018 for borrowers denied Public Service Loan Forgiveness due to being on the wrong repayment plan.

The funds are finite, are on a first-come, first-served basis, and will eventually run out. However, for borrowers who were not on one of the four income-based repayment plans, this expansion could help them qualify for forgiveness if they were denied under the Public Service Loan Forgiveness application.

What should you expect going forward?

By submitting the employment certification form annually, borrowers can ensure their qualifying payment is tracked in real time. If this is submitted every year, borrowers can catch errors within a year, instead of 10 years later.

As of February 2020, over 2.8 million employment certification forms had been submitted. Roughly 44 percent of the submissions were denied; however, only 10 percent of applications were denied because of something other than missing information on the application. There’s $118 billion of student loans with approved employment certification forms, for just over 1.2 million borrowers.

Many factors led to an extremely low approval rate for PSLF program applicants in the first years of applications. However, the approval rate is trending upwards giving hope to borrowers still working towards the loan forgiveness program.

For now, borrowers pursuing Public Service Loan Forgiveness should confirm their loan type qualifies for forgiveness, continue to monitor their progress through annual employment certification, as well as an annual review of their repayment plan to ensure they are still on track.

For borrowers denied forgiveness on both the Public Service Loan Forgiveness and the Temporary Expanded Public Service Loan Forgiveness, another 10 years of payments on an income-driven repayment plan might actually cost them more than refinancing their loans into private student loans or just paying them off. Unfortunately, this is the reality of many borrowers who thought they were on track for the forgiveness program.

Ryan Inman is the host of the Financial Residency podcast and President of Physician Wealth Services, a fee-only financial planning firm that works exclusively with physicians across the country. He helps physicians create a life they love by helping them gain control of their money, the same way you make a patient feel better about their health. 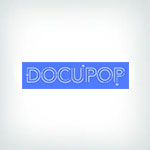 Private vs. Federal Student Loans: A Roadmap Out of Stu...

Private vs. Federal Student Loans: A Roadmap Out of Stu...

Should You Go Back to School? 4 Factors to Consider Bef...

Should You Go Back to School? 4 Factors to Consider Bef...

Sign up below to receive a monthly newsletter containing relevant news, resources and expert tips on Student Debt and other products and services.