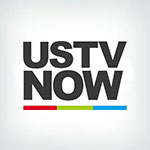 Founded in 2010, USTVnow streaming TV service was built to serve the U.S. troops. Its parent company NationPhone & TV, is a leading provider of expatriate communication services and continues to offer up to 200 channel U.S. TV plans as well. The streaming TV service is mainly marketed to a number of American expats, state department, and military employees overseas but is also available in all 50 states. The company does not do anything to verify that subscribers are American or living outside the United States.

USTVnow lists the following three priorities on its company website:

1. To help Americans abroad make better informed voting decisions
2. To help children and grandchildren of an American parent stay in touch with American culture
3. To ensure Americans overseas have the same communications media rights and privileges as their counterparts in the United States

Subscribers to the USTVnow site can follow other cord-cutters and turn a computer, iPad, iPhone and Smart TV into an interactive TV screen, allowing people not only to watch TV in different parts of the house but also empowering travelers and expatriates to watch their TV while traveling or residing abroad.

Watch Anywhere with an Internet Connection

Similar to other online streaming services, it’s easy to get started with USTVnow. Interested subscribers sign up on the company’s website by entering an email address, creating a password, and typing in their full name. Users will also need to tick the box indicating consent to receiving promotional texts, calls and emails relating to the terms. After clicking the blue ‘Sign up’ button, users will be able to view the available plans. Alternatively, they can be viewed first, before filling in the web form, by clicking on the link at the top of the company’s homepage.

After selecting the plan they would like users will be prompted to enter credit or debit card details, or will be redirected to a PayPal window to complete the transaction using this cashier method. Once logged into an account, users have the following options:

While USTVnow’s top streaming TV competitors do offer customers digital video recording (DVR), many include it only as a paid add-on. USTVnow stands out with several plans that include DVR services. It also allows users to simultaneously watch one show while recording other shows. Users can record as many shows as they would like as the recording feature is unlimited to DVR subscribers.

However, there is a limit of 15 programs that may be scheduled to be recorded on a recurring basis at a time. This is a big step up from other streaming TV services that offer a limit on the number of hours of shows that can be recorded. However, users should be aware that USTVnow automatically deletes recordings older than 28 days.

USTVNow offers hundreds of movie titles to its Movies on Demand customers. The company also says it offers what it refers to as a movie rental option but unfortunately does not provide any information on pricing for this service. The Movie on Demand collection offers a heavy selection of classics and westerns; in fact, the company even offers a low-priced plan that caters to users interested in watching the library of western and classic movies exclusively. All USTVnow plans come with the Movies on Demand feature.

Potential subscribers can sign up for a 10-day free trial of any plan without obligation, allowing them to try out the service before making a payment. Many online reviews mentioned a free plan; however, we were unable to confirm it as a current plan offering.

Users will have a choice between five plans ranging in price from $29 to $2.99. The most expensive plan USTVNOW + DVR is $29 per month and includes 23 channels such as Bravo, Fox News, National Geographic, and AMC, DVR service, and Movies on Demand. Less expensive plans offer a less impressive selection of channels. There is also TELEUP CANADA + DVR plan that gives subscribers access to four Canadian channels, DVR service, and Movies on Demand for those looking for Canadian TV content.

If subscribers need to cancel their account and end their subscription, USTVnow makes it easy. Users can submit a support request on the company's website or email the company for assistance by one of its customer service representatives.

Like many streaming TV services, USTVnow is not commercial free. It does not delete anything from the original broadcast, cable or satellite TV feeds that it streams to users. Its customer service says that this is to make the TV-viewing experience as seamless as possible for Americans abroad, but not many users will enjoy sitting through commercials. This is also the case for shows recorded using its DVR service; all the commercials stay. Other services allow users to pay more to skip the commercial break, so customers who can’t stand watching commercials should be aware of this limitation.

Does Not Have All Channels

USTVnow’s 28 channel plan (some plans offer fewer) is somewhat weak compared to other mainstream streaming competitors. Customers should review the channels offered by each plan closely to make sure that they will be satisfied as some plans include somewhat obscure channel offerings. Users should also be aware that all the local channels it offers are from Pennsylvania meaning that commercials, local news, and weather are only relevant if you live in that state.

Over the years there has been debate over the legality of USTVnow. Two years ago the Roku private channel version was pulled down. According to Roku's official customer forum, this was because “Roku has been asked to remove this channel by the content rights owner.” As such, USTVnow isn’t listed in the official Roku Channel Store. Customers should be aware of these past issues, but it does appear that the company has worked recently to resolve any issues with licensing and legality.

Potential subscribers should be aware that USTVnow does limit the number of simultaneous users per account. Only one person can be logged in on a computer per account. This is very strict for the industry. If an account is logged in elsewhere and a customer attempts to login on a separate computer, they will be logged out of the older session. For other devices such as tablets and phones, three people can be logged in simultaneously.

Subscribers should be aware that USTVnow does not offer the streaming access simplicity of other major services. It does not have an app and subscribers are told by the company to watch their service in the web browser on their computer, phone, or tablet. As mentioned above, Roku TV users will be unable to find a USTVnow channel in the Roku Channel Store. USTVnow does report that it is compatible with internet TV boxes such as Google TV, Apple TV, Scope Box, and Chromecast.

Users should thoroughly research and contact customer service to verify that the device they wish to watch the service on will be supported. For example, online reports indicated that users were able to watch USTVnow on Apple TV only through AirPlay mirroring and not via an app in the App Store as is typical of other major streaming services.

In general, USTVnow’s support site routinely advises that a subscriber should open the device’s web browser and log into USTVnow.com.

Cord-cutters looking for an affordable streaming TV service that is available internationally should consider subscribing to USTVnow. We also think that those looking for a large selection of classic and western movies would enjoy the company’s affordable Westerns and Classics plan.

If you already have a cable subscription, there isn’t a good reason to sign up for a USTVNow plan because its plans offer only a handful of channels. Subscribers should shop around and look at other streaming TV services because of its limited channel selection. You may find that competing services offer a much more varied selection of networks and potential access to your hometown’s local channels. This service is also not for you if you prefer to skip commercial breaks.

It seems that USTVnow is legal on the surface, but due to its past issues with Roku in particular, subscribers may want to be cautious. Because it seems the company doesn’t follow rules that other streaming services follow, there may be legal issues or it is completely possible that USTVnow has worked out unique deals with their content providers.

Our final recommendation is that subscribers contact USTVNow's customer service team before subscribing to ensure that their devices will work with the service.

I like the way the membership is broken up into tiers for what you can watch. USTVnow also feels that there are enough clean family-friendly options, though to be fair, most streaming service is balanced in that area. Overall, I like USTVnow’s services. USTVnow is a good value for the money.

The shows and programs on USTVnow are unique