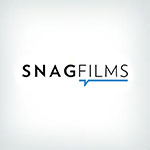 Monthly Price
Starting at
Free
Minimum Contract Length
Pay as you go
Number of Reviews 0
Source of Information
LAST UPDATED: October 29th, 2019
Frustrated by the lack of independent films available for streaming, the people at SnagFilms decided to create a platform that benefits movie-lovers who enjoy older films. SnagFilms offers documentary and independent films. The films are streamed through their website, and their platform offers a plethora of films and series. With SnagFilms, independent filmmakers get a chance to submit their movies and documentaries for consideration. The site includes some amazing titles, including: National Geographic titles, "Super Size Me," and many other independently done labels. For those who remember AOL's True Stories, Internet entrepreneur founded SnagFilms based off of the old AOL product. The website was founded by several venture capitalists in 2008, including Steve Caseare, Miles Gilubrne, and Ted Leonsis. SnagFilms also has a unique connection in the independent film industry. The website owns Indiewire, an online publication that covers the film industry.

SnagFilms has a unique content library, featuring a number of independent films and documentaries. They also have access to older films, including classic and award-winning movies. Their content library is designed for a specific audience who is interested in older movies and some independent ventures.

Once a Film Is Up, It's Up for Good

Netflix subscribers often tire of titles that are dropped from the collection periodically. With SnagFilms, the content stays up on the website for good.

Wide Support for Apps and Devices

Not only can subscribers watch videos through a browser in both Windows and Mac, they can also use virtually any mobile device that they would like to get on SnagFilms. Supporting devices and systems include: iOS, Android, Windows 8, Xbox, Amazon, Sony, Panasonic. Subscribers can take their SnagFilm videos with them anywhere with an internet connection.

The support for independent filmmakers offered by SnagFilms is unparalleled. With advertising on SnagFilms, the revenue is split directly between SnagFilms and the filmmaker. Therefore, it is very easy for filmmakers to get some revenue for their efforts. Also, SnagFilms makes it very easy to submit a film for consideration. The film must be either a documentary or a fictional work. The film must not infringe upon copyright or include any type of hate speech. There is an external website called www.withoutabox.com that lets users submit films for consideration.

There is a review section below the film in the browser that has space for a letter rating and comments. With other providers in the industry, there isn't a "social" feature for commenting on films. There is also an opportunity to buy the film from iTunes or another source if subscribers would like to have a copy of the film for their own enjoyment.
thumb_down

Some reviews online say that subscribers can use their device to restrict content, but some other users still reported being able to see age-restricted content. Right now, it is best to not let your children use devices that have SnagFilms installed.

This was a pretty standard expectation in the industry. Even Crackle supports subtitles and closed captioning for some content at this time.

Complete Library of Videos and Series Not Available on All Devices

Not all videos are yet available on the iPad, Roku, Boxee, and select other platforms. This is something that SnagFilms is currently working on fixing.

We recommend reviewing the top rated companies before making a final decision.