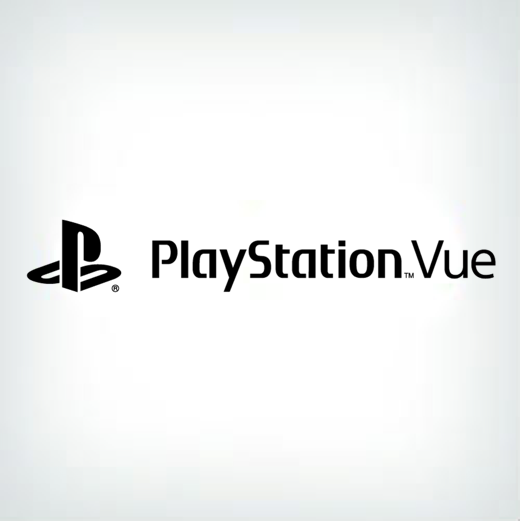 Playstation Vue entered the streaming industry early and continues to innovate and stake its place as an active player in the booming market. Owned by Sony, Playstation Vue gives perks to those with Playstation Plus accounts. This streaming service offers plans which bundle live TV and a library of on-demand content.

The majority of the live channels that Playstation Vue offers can be recorded to the cloud and watched from anywhere. There is no space limitation and shows will be saved for 28 days. Most other DVR options from other live TV providers limit the number of hours you can have recorded at once, but PS Vue doesn’t. You can save shows as “favorites” and PS Vue will automatically record these shows every time they air.

While you’re traveling, you can watch recordings from your local home channels, but you can’t record the local channels that air where you’re visiting. Some channels (FOX, FX, and FXX) have DVR fast-forwarding restrictions. Some channels cannot be recorded for DVR. These are HBO, Showtime, Cinemax, some on-demand channels, and some local broadcast stations.

If you’d like to just pay for one channel, Playstation Vue offers several channels as standalone channels that act as their own plan. These include HBO, Showtime, Cinemax, HBO Cinemax, EPIX, and Fox Soccer Plus and range from $10–$22 a month. If you’d like to add additional channels to your monthly plan, PS Vue has options for that too. Add-on channels cannot be bought alone, but are paid for in addition to your monthly subscription price. The live TV add-ons include the following:

Though less expensive than cable and still a good option for those ready to cut the cord, Playstation Vue isn’t the least expensive way to get live streaming. Other options like Sling Orange, Sling Blue, or Youtube TV offer a similar service for a lower price.

Playstation Vue reviews state that when something goes wrong with their service, subscribers have a hard time getting it fixed. Some have complained that they had to wait on hold for an hour before they could get help from a customer service representative and that it often wasn’t even worth the wait.

Playstation Vue only offers a five day free trial for its plans, and doesn’t offer any free trial for the highest plan, Ultra. Other streaming services offer at least a week, and often a month-long free trial to test out the product before you commit. You’ll be charged the minute your five day trial ends, with a slim chance of a refund, so make sure to cancel the subscription on time.

There’s some fine print in what you’re getting when you sign up for Playstation Vue. For example, it’s advertised that you can have up to five concurrent streams, but that actually means you can have three in the same home and two mobile or outside the home. This gets even trickier if you’re using a device (like an iPad) to stream to your TV because that might count as two devices streaming. Another tricky thing is that you’ll get different channels based on your zip code. This mostly makes a difference for regional sports and news channels.

Overall, the content you get with Playstation Vue seems like a good value for the money. If you’re looking to lower your cable bill, but don’t want to part with a large array of live content and DVR availability, Playstation Vue will be a great fit for you. Sports viewers love the option to watch all their favorite teams without paying for a cable bill.

Playstation Vue doesn’t offer a large library of on-demand content, so if you’re just looking to binge or to watch anything when you want, you might want to try a streaming-only service like Netflix or Amazon Prime.

I'm mostly satisfied. The autoplay is annoying and all services seem to be doing that now. It's bad interface design. The DVR service could be better. For example, you cannot watch a show from your MyDVR list right after it has aired. You usually have to wait days. Unlike a cable company DVR, you can't start a DVRed show from the beginning while it is currently airing.

We've been a customer of Playstation Vue for a little over a year now. Up to this point, I enjoy having live tv as well as local channels but I feel like its lacking in variety. Seems to have the same shows on over and over and over. Definitely needs to expand the viewing options.

Very expensive. Lots of buffering. I did a 5 days trial and I feel like this should be included with PSN Plus, which is already 60 bucks a month. The prices should be if you don't have the sub service already. $44 per month was a little high with other services that are available.

For someone who lives between 2 locations (PA & NC), it is too restrictive because it will only allow the address of the credit card to be used as "home". It forces random logins even in the middle of watching something. Thinking about cancelling.

Pretty good. I'd like for their Android TV app to have a better interface, and it would also be nice if sign in were easier.

Excellent experience. Researched extensively and they have the perfect channel mix for us.

I like the shows that are available. I also like the quick and easy access that you have on the playstation. The program works great and quickly.

Best thing about PlayStation Vue is that you can stream on multiple devices. No contracts and hidden fees as well.

Roommate and I tried out Vue when we got the PS4 but ended up canceling due to not using as much as YouTube and Netflix which had a better browsing interface in my opinion.

Channel lineup is awesome, can stream online and to Roku devices.

Great quality and easy to access with my PS4. Great choices of media to view. Highly recommend.

Great way to save money on a insanely high cable bill. Great quality and variety of TV stations.

You can enjoy so many top channels and live sports and many more with Playstation Vue.

Sucks that I can’t even watch my favorite NBA team on PS Vue but I have no problem watching any other team!

Practically no advantages over competitors, and as of late no quality original content.