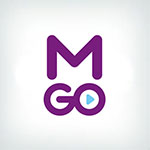 This service was purchased by Fandango. We recommend researching the top companies shown below.

7.6 Overall Score
4.4
starstarstarstarstar_half
(598)
View Profile
Are there any inaccuracies in this review? We take our accuracy very seriously and would love your feedback. Give feedback here.

I have both Prime and Netflix.. They have mivies i like but wanted to add something newer..

M-go does not meet customer expectations and should not be used or supported. I have collectively spent 45 minutes speaking with multiple customer service associates and have not been refunded my money. I rented The hills have eyes on Sunday afternoon. It continued to buffer and would not play longer than 10 minutes. I called my Internet provider on Sunday evening, reset the router and conducted a speed test. Everything aside from that particular movie was, and is, working fine. My Internet speed was tested at 8mbps. Which according to the M-go help center is plenty to use the system. Monday evening I called M-go. I was on hold for 15 minutes before even speaking to a tech. She would not allow me to explain the situation and only wanted me to reset my router, which I explained that I had already done the night before. She told me that she would not be refunding me. I asked for a supervisor and she told me that there was no supervisor there. She told me that a supervisor would call me back within 24 hours. I called around 12:30 this afternoon spoke to Ashley at the customer care center. She told me that she was sure that (Shea) would rectify the situation for me and would call me back in about 3 hours due to training. I received a call at around 330 from the 800 number. It rang once and hung up. I recognized the number and called back. Ashley answered again and explained to me that Justin was attempting to call me but that within the 2 seconds had become tied up with his "regional" manager and would have to call me back. I pushed back on this and she put me on hold. Justin then picked up the phone and told me that his call had got disconnected. In the conversation with Justin he explained to me that he would not refund me due to policy. After arguing about appropriate customer service I asked to speak with his regional manager. He said that there is no regional manager. He stated that he is the only manager I am able to speak to and that he would not be refunding me $2.99. He offered onetime free movie credit to which I replied if I can't watch a movie on my TV for whatever reason it may be why would I want a different movie. He was of no assistance and only wanted me to restart my router for the second time. I have such a sour taste in my mouth with this company. I've gotten the run around speaking to any management, I've been placed on hold for extended periods of time and I have not been refunded $2.99 for a movie that I can not watch. The perception of this company is that it is run out of an apartment and does not care about their customers. This entire ordeal is absolutely ridiculous and could have completely been prevented by giving the $2.99 refund. I will continue to forward this out to different levels of M-Go and Fandango until I am treated as a customer and refunded the $2.99 for a movie I can not watch.

WARNING!!!! I purchased the WD passbook cinema hard drive and thought it came with 2 free movies. Read the fine print! You have to make a purchase of a Samsung SUHD TV to get the free movies. I signed up for M-GO and selected the movies that said they were free and was charged $29.99 each. The reason I gave them a 1 is there was no screen to confirm the purchase. They charged me without a confirmation.

Service is unreliable. Customer Service is stubborn and refused to refund $2.99 for a movie it did not play. I do not recommend this service. Stick with Amazon online, Netflix or any other. Stay away from this company.