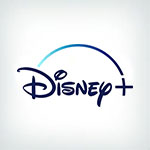 Disney Plus, The Walt Disney Company’s new streaming service, is set to launch in November 2019. From the content lineup, critics and fans expect the service to pose strong competition to Netflix, Amazon Prime, and other streaming services. Prior to now, Disney’s content has been available through other streaming businesses, but now the content will phase out of other businesses and only be available on Disney Plus.

Up until now, Disney content has been displayed mostly on Netflix. However, now all of Disney’s new releases and original content will be exclusively available for streaming on Disney Plus. In addition to new and classic Disney films, series, and shorts, Disney Plus will also feature content from Pixar, Marvel, Lucasfilm (Star Wars), and National Geographic. The service will also have exclusive rights to all 30 seasons of The Simpsons.

For Star Wars and Marvel fans, Disney Plus is a must. The service will debut series whose stories are intertwined with upcoming feature films. The Marvel series include Loki, WandaVision, Hawkeye, Falcon and Winter Soldier, and What If…?. The Star Wars series include The Mandalorian, a Cassian Andor series, and others. In order to fully understand the plot of the new movies, you’ll need to be up to date on the series.

Disney Plus launches with an initial price of $7 per month, or $70 per year. This is incredibly low for the quality of content. Netflix’s most basic plan starts at $9 per month. However, commentators speculate that Disney’s $7 per month price will increase as the amount of content on the platform and its popularity increase.

Though Disney Plus’s library of content will start quite a bit smaller than its top competitor Netflix, it has plans to add a substantial amount of content in the next few years. Disney CEO Bob Iger informed shareholders that Disney Plus will eventually include all of Disney’s movie library, including movies in the “Disney Vault” that have been kept out of circulation.

As Hulu is a subsidiary of Disney, there are rumors that Disney Plus will be available as a Hulu add-on.

Though it’s pretty customary for streaming services to offer a free trial before you subscribe, Disney Plus hasn’t mentioned any kind of trial period on its website.

Disney Plus itself has made comments that hint to the subscription’s price increasing, perhaps even in the first year of after service’s release. Though right now it’s advertised as $7 per month, the price is bound to increase quickly.

No Third-Party Shows or Films

Disney Plus will only feature content from its own studios and its partner studios. This will include content from Marvel, Lucasfilm, National Geographic, and Pixar. Though this is quality content, other streaming services have more varied content.

If you like Disney, Pixar, Marvel, or Star Wars, this streaming service is the place to be. Though we don’t yet have enough information to review the functionality of the product, the customer service, or customer satisfaction, the content lineup and competitive price are impressive.

I have had numerous calls trying to sell me the service. I have no interest in using the service and requests to stop calling have not had my number removed from their robocalls.