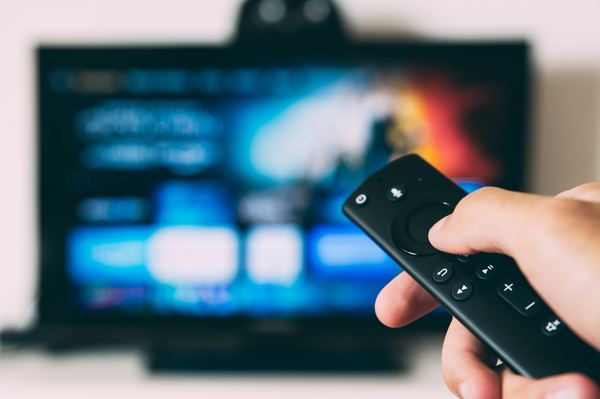 The streaming TV industry has grown dramatically in the last decade. “Cord cutting” (opting for no cable or satellite at all) has become the norm, especially among young adults and millenials. We’ve seen what streaming’s done, but where’s it going now? Hint: it won’t just be more Netflix. New streaming services like Disney+, AppleTV+, and WarnerMedia will each launch later this year. Here are six trends experts predict we’ll see as streaming continues to expand:

Sam Cook, a writer at Flixed, adds his opinion about what this will mean for the market: “In psychology, the concept we’re dealing with in the streaming TV market right now is called overchoice. It creates cognitive dissonance for consumers as they struggle to figure out which services to sign up to and which to get rid of. Some may choose the easier fall-backs as a result, which at present includes the big names like Netflix, but will likely soon include Disney+ and its potential bundling of Disney+ with Hulu and Hulu + Live TV (a bundle which, if it comes to pass, would completely upend both the live TV streaming and video-on-demand sides of the market.) Quite frankly, overchoice is why the big names are likely going to win out and the smaller, niche services are probably going to peter out.

Ray Walsh, a digital privacy expert at ProPrivacy, says that this oversaturation of the market could “force consumers to turn to piracy in order to consume content from platforms that they can’t directly afford.”

Free streaming options might start to look more appealing compared to a collection of monthly fees. Bill Frost, a writer at CableTV.com says, “With paid streaming apps piling up, ad-supported, free services will start looking more attractive. When viewers reach their budget limit for monthly subscriptions, they’ll become more tolerant of ads. Streaming services like Pluto TV, which offers hundreds of niche channels and thousands of hours of programming for free with ads could become the ‘rabbit-ears’ TV of the future.”

As streaming services compete for market share, monthly subscription price will be a huge factor. Walsh says, “For streaming providers, the exploding availability of services may force them to reduce the price of subscription fees.” Frost adds, “The only thing that will make a stack of streaming subscriptions palatable is knowing that they collectively add up to less than a cable or satellite bill.”

Up-and-coming services will need to keep their prices low to develop a subscriber base. Frost writes, “Disney+ is launching at a reasonable $6.99 a month, and WarnerMedia’s upcoming streaming platform will probably be in the same ballpark. When it debuts in the fall, AppleTV+ will probably cost more than both — because everything Apple makes is usually more expensive, and the loyalists don’t care. If it’s Apple, they’ll buy it. But if the quality isn’t there, they’ll bail just as quickly.”

Cook agrees that the AppleTV+ launch won’t be successful: “Don’t expect much from it. Unless Apple is able to find a way to create a new angle to the streaming TV market that nobody else has figured out, and that consumers feel they absolutely need, Apple won’t be able to hedge its loyal fanbase to get a win here when most people who’d use it are already tied to Netflix, or likely Disney+ when that launches. For Apple, it’s probably going to be a case of too little, too late.”

Andrew Selepak, PhD, a media professor at the University of Florida and Director of the graduate program in social media, said subscribing to multiple streaming platforms has actually saved him money. “I currently have Netflix, Hulu, Amazon Prime, HBO, and Sling, and I also watch YouTube videos on my television. Ten months ago, I cut the cord when my cable bill went up to $180 per month, and I still didn’t have most of the premium channels. While there is a convenience to cable, the cost was ridiculous and I didn’t feel like doing the song and dance with the cable provider to threaten to cut the cord for them to offer me another temporary deal.

"Now I pay less, and while I have to use multiple apps and an antenna to get most of the shows that I watch with a few exceptions, the streaming services, outside of YouTube, give me a lot of content that I could not get with cable. The problem with the streaming services is that they are now all competing for exclusive content and if there is a specific show you want to watch, you have to pick up that plan, like Stranger Things with Netflix or Game of Thrones with HBO. But then to get news programs, I need Sling, but at least then I can get news beyond the 24-hour American cable news channels with options like BBC News or France 24.

With new streaming services coming soon, the current streaming landscape is unsustainable. And while plenty of people share accounts and passwords, the inconvenience of having to switch services to get different shows and having to pay for multiple services will become too much. We will most likely in the next few years see streaming services buy each other out until there are only a big three, but then the cost will increase to the point of most likely being close to the cost of cable. The only question is whether cable will eventually offer a la carte options to compete with streaming or be relegated to the technology dustbin like Betamax, CDs, and GPS devices.”

Dennis Restauro, founder of Grounded Reason, says that in addition to lower prices, competition in the streaming space will raise the quality of streaming content. This will especially be the case with original shows. Steve Kurniawan, a writer at Nine Peaks Media, agrees: “Original shows and programs will be the major driving forces behind the changes in streaming trend. This has obviously been around for quite some time, especially thanks to the popularity of Netflix originals. With Disney+ bringing major franchises (Marvel, Star Wars, their own Disney shows, among others) to the game, this will mean that competition in streaming apps will revolve around who has the better original shows, much like game console wars with who has the better exclusive games.”

An entertainment industry expert, Gino McKoy, says this might be a setback to smaller studios and that “only the major studios will be able to finance theatrical releases.”

From a consumer’s perspective, this is great. Lon Molnar, co-president of MARZ, says, “Quality will be the gauge, which means the consumers win.”

With so many competing services, experts expect that services will team up and offer bundles. Frost says, “Spotify’s deal with Hulu in which you can add basic Hulu to your Spotify Premium account for free has been successful so far. I jumped on it myself — I used Spotify all the time, but rarely Hulu. Now, I’m finding more I like about Hulu, so they’ll have a hook in me if or when they end the deal. It’s evil genius-level marketing.”

Derek Szeto at JustButterIt agrees, “As the individual services try to grow their subscriber base, they're going to test and see benefits from bundling. What Spotify, Hulu, and Showtime have done for students is a good indicator of things to come.”

McKoy predicts that streaming services will team up with internet service providers (ISPs) or even become their own ISPs in order to maintain a profitable business due to the high bandwidth that streaming uses.

Kurniawan says that, “In the future, we can expect new, radical technologies to enter the game — for example, VR and AR for more immersive experiences, or A.I. based technologies for better personalization and user experience.”

Though streaming has grown dramatically in the last decade, it hasn’t completely taken over. Frost writes, “Streaming TV adoption can only grow as fast as internet infrastructure — there are still parts of the United States that can only access the internet through minimal DSL, satellite service, or even dial-up. It takes a decent amount of bandwidth to deliver a watchable picture, and most streaming TV services’ minimal requirements lowball the figure. Cord-cutting isn’t really the universal option it’s advertised to be... yet.”

Sign up below to receive a monthly newsletter containing relevant news, resources and expert tips on Streaming TV and other products and services.