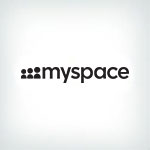 MySpace is a social networking and self-promotion website with a strong music community. It offers streaming, radio, and uploads to all registered users. Between 2005 and 2008, MySpace was the most popular social networking site in the world. Even now, the website consistently ranks highly in traffic among other popular music streaming services. Since 2010, however, MySpace has begun to lose followers to other social media giants, like Facebook.

MySpace is a well-established music streaming service, with many features:

MySpace is a social networking site first and a music streaming service second. Even then, MySpace has essentially disappeared from the social media scene since Facebook claimed large portions of its online audience in 2008. Its streaming capabilities are integrated well into the site's design, but the bells and whistles aren't worth the fuss unless a user also uses the site to upload their own media. In which case, MySpace may serve as a critical success tool; as of 2015, around 8 million new artists have been discovered through MySpace. Ultimately, MySpace's music service is well suited for anyone trying to expose their music to new listeners, but most other music services would better suit someone who only wants to listen.

MySpace is one of the places where I first learned about a lot of new and upcoming artists for most of my High School and early College years. The site could be buggy at times, but overall it was a great way to get introduced to new artists.

Oh Myspace where have you gone? The once popular social app has been reduced to a place to host music. The age of Myspace has past and I havent used the site in ages. I dont much care for Myspace as the interface is a bit rough to use and it certainly is not what it used to be.