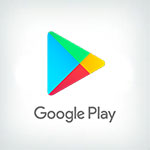 Monthly Price
Starting at
Free
Number of Reviews 51
Source of Information
LAST UPDATED: January 26th, 2022
Since its founding in 1998, Google as a corporation has helped changed the way we research, shop, get directions, find entertainment, and even interact. Created not even two decades ago by Larry Page and Sergey Brin, the company has since become so much more than the search engine it originally was. It has developed functions such as Google Maps, Google Books, Google Docs, and of course the popular Gmail. But amidst all of these innovations, Google also stepped into the music industry and, in May 2011, announced that it would create Google Play Music, a way for consumers to buy and download songs. Launched in November of that year, Google Play Music was available at first by invitation only to US residents during the months it was being developed. Over time Google slowly added more features to it, including a music store and the ability to share music through social media or even publish your own songs. They also beefed up their library by adding labels like Sony Music Entertainment and Universal Music Group. But that was just the beginning of Google's role as a music provider. Two years later, in May 2013, they announced that they would be adding All Access to their repertoire, a music streaming service that would include Google Play's library and become available via a paid subscription. Today All Access is available in 58 countries, and it offers pretty attractive benefits to anyone willing to sign up. Whether or not you're already an avid customer of Google, with a Gmail account or frequent visits to Google News, All Access is worth looking into. 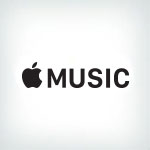 While Google Play Music All Access automatically provides you with a 30-million-track library (which includes new releases), there's another advantage to a subscription that most competitors can't match: You can upload your own music into your All Access library. That means no more switching between your iPod, desktop, and phone to enjoy all your music. The All Access function called Music Manager allows you to combine up to 20,000 tracks you already own and get it all on one device. Should you need to, though, you can link your All Access account to up to 10 total devices at once, including your computer, smartphone, tablet, and iPod. You can only play music on one device at a time, but it's convenient to transition smoothly from one device to another without logging in every single time. You get what you pay for with All Access's perks. These include: Google also partnered with YouTube so that when you get All Access, you automatically get access to a feature called YouTube Music Key. This feature lets you view music videos when you want-again, without interruptions from ads. Just an extra perk for the avid music lovers out there. Another reward for using All Access is its excellent customer support. Like so many other Google services, All Access has visible, detailed support pages with options to request phone calls, live chat a Google representative, and email your questions and comments. They even take it a step further and give you an estimated wait time so you can plan ahead. If you're unsure about whether All Access will keep you happy, not to worry. They've been generous with their free trial length and give you 30 days of listening at no cost. Plenty of time to decide whether their track selection, sound quality, and customer support fit your needs.
thumb_down

Despite its satisfactory free trial period length, there's no denying the disappointment that All Access lacks a free streaming plan. While Google provides so many other services for free, they've chosen to fund their streaming through subscriptions rather than sponsor ads. True, you get to listen without the hassle of commercials. But for users who can't or won't pay for a subscription, All Access isn't so appealing. There's also the fact that the ever-growing Google does a whole lot more than stream music. They focus most of their efforts building up Gmail, Google Maps, Google Books, and the list goes on. That being said, All Access is just an appendage, even an afterthought, to a company like Google-which means it won't get as much attention as other streaming services do. All Access is also a new streaming service, having only one full year of experience under the belt. In the competitive world of media streaming, one year of experience makes All Access look like the new kid on the block compared to businesses who have been leading the industry for more than a decade. With so little time to develop a reliable reputation, some users might be hesitant to commit to a subscription with Google.
gavel

Despite how recently All Access was launched, it still shows up to provide competitive prices, features, and library size. The fact that it derives from Google itself, which has a wide customer base, also gives users a reason to think twice before dismissing it. For users who already use a Google account for email or other functions, All Access is a convenient, readily available option. No matter the reasons for choosing All Access, users are sure to enjoy unique benefits with a subscription. Not only will they have access to features like the ability to upload their own personal tracks to their Google library; Google will also follow through with their customer support and give customers what they pay for.
Was this content helpful?
thumb_up Yes thumb_down No
border_color Write a Review

I would love this so much more if I did not have to listen to the ads! Although free to use which is great, I just can't stand having to hear so many ads all the time. it's a bit frustrating.

When I used services I didnt like the selection of music compared to other streaming services, felt as I needed a wider variety.

When I used to use an Android phone, I had Google Music and enjoyed it. There were some glitches but not too many.

I like their music choice selections but I wish their apps were easier to manage.

Works well, but hard to skip to a particulr part of song/podcast episode.