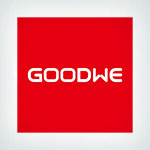 Since its founding in 2010, GoodWe has grown into a strong contributor within the solar space. The manufacturing efforts have allowed for sustainable growth and an influential presence in the renewable energy market. GoodWe inverters have been installed in over 100 countries and offer a wide range of capacity options. Performance specifications range depending on the specific PV inverter product, but GoodWe has developed a reputation of mass producing reliable and sustainable solar products.

GoodWe  places a large emphasis on its research and development efforts with over 700 professionals committed to those initiatives. The company continues to expand its innovation and product portfolio. As it continues to grow, GoodWe remains committed to establishing its position as a leader in the global energy movement and helping create a more sustainable future. 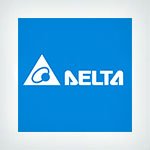 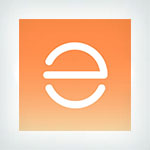 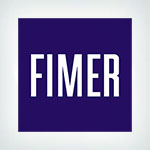 There are a wide range of residential inverter products manufactured by GoodWe. This allows GoodWe to check all of the boxes for clients looking for specific performance metrics when designing a solar system. Inverter series under the GoodWe umbrella include:

Depending on the energy production and usage needs of the home, GoodWe likely offers an inverter that will satisfy all of those requirements. Not all manufacturers offer an inventory that provides these same benefits.

Varying types of inverters are available for use on residential roofs. There are string, off-grid, hybrid, and micro inverters available to homeowners designing a solar system. Most manufacturers solely produce string inverters. If not, manufacturers will still focus on one system type of inverter in development.

That being said, GoodWe has pushed the limit and offers the largest range of storage inverters on the market. This includes:

By offering varying ranges when it comes to inverter products, GoodWe is more likely to offer solutions desired by prospective solar clients.

A key feature that should be noted as it pertains to GoodWe inverters is its design and number of Maximum Power Point Trackers (MPPTs). MPPTs ultimately determine how many roof variations a string inverter is able to operate under. That means that if the panel on the same MPPT is oriented a little bit differently than the inverter, the inverter will only function as well as the lowest performing panel. This ultimately dictates energy production and output throughout the day.

With GoodWe inverters, there is an increased number of MPPTs so panels and inverters can be installed basically anywhere on the roof at any orientation and still perform at a high level. Other string inverters cannot make this same guarantee.

Production efforts utilized by GoodWe in conjunction with the range of inverters offered allows the manufacturer to produce its equipment at a reduced cost. In turn, GoodWe inverters cost residential property owners less, on average, than comparable products.

The range of cost for GoodWe inverters is $500–$1,400. In comparison, some of the top-ranked inverters starting price begins at $1,200 and only goes up from there when calculating installation fees. This makes GoodWe one of the more affordable inverters on the market.

Many solar clients are interested in the protection offered through manufacturer warranties when investing in solar equipment. Since solar is an expensive endeavor initially, ensuring that all of the equipment functions properly and that there is a level of protection if there are faults is of grave importance to consumers.

The industry average warranty when covering a solar inverter is 10 years of coverage. Some manufacturers offer 12–25 year warranties or options to purchase extended warranties. Unfortunately for GoodWe inverter clients, the warranty is only five years in length and only covers certain issues when it comes to performance.

The peak efficiency rating measures the performance of an inverter when it is at its very best. This is calculated by taking the DC input to AC output ration as the inverter is operating at its maximum capacity.

GoodWe has established itself as a major contributor within the inverter industry. The company provides a number of inverter products for a wide range of client types and needs. The range and capabilities of GoodWe inverters is one of the most impressive in the industry, especially when it comes to the hybrid inverter products.

There are several reasons to consider GoodWe inverter products when designing a residential solar system, but there are drawbacks to the manufacturer’s products as well. The performance warranty, for example, is more limited in its coverage than competitors’ products. The peak efficiency of GoodWe inverters also hovers around 96 percent, which is not as high as other high-quality inverters on the market.

Prospective solar clients looking for quality inverters that offer industry-average performance metrics for less would likely benefit from the products developed by GoodWe. However, those wanting guaranteed long-term warranty coverage and high efficiency ratings may want to consider other inverters.