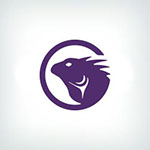 Eguana Technologies is best known for its smart electronics manufacturing solutions, particularly for its proprietary inverters. The Eguana Technologies inverters were built to seamlessly integrate with solar storage devices and other renewable energy generators. With multiple renewable energy pieces communicating together to bring about a more sustainable solution, Eguana has brought a new sense of efficiency and reliability to the solar industry as a whole.

By working to eliminate the gap between the energy supply and the demand by providing alternative sources to store electricity. The Eguana solar batteries are designed to create a new level of flexibility and dependability allowing the highest level of penetration when it comes to renewable energy sources into the traditional utility grid.

Manufacturing quality battery products is not a new venture for Eguana Technologies. The company has been doing this for over 20 years. Engineers continuously test the quality, performance, and reliability of the Eguana residential battery solutions. The latest line of renewable solar batteries is the Eguana Evolve series. One model is designed specifically for residential use. 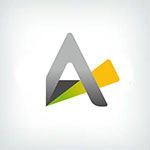 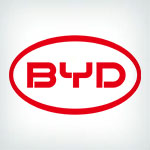 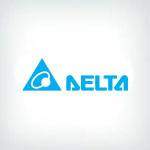 Many battery manufacturers will only supply the latest solar battery created. With Eguana, there are two models available in the Evolve series for clients to choose from. There is the Evolve LFP and the Evolve ESS. These different models provide varying capacity limits and continuous power ratings. The Eguana Evolve ESS has been identified as the ideal selection for homeowners looking for a reliable backup system.

During this time, homeowners can access up to 75 percent of the electricity that is stored within the system, but the home can only receive that last 25 percent of energy in the event that the power goes out. Homeowners can adjust these percentages based on preference and need. This provides a level of security, particularly during outages, that other batteries do not always prioritize.

Despite offering a 10-year warranty, there are additional stipulations and limitations place on the Eguana Evolve ESS protection plan that clients should be aware of prior to purchase. The guaranteed end of warranty capacity is only 60 percent which is well below the industry average.

Most solar batteries hover in the 80 to 90 percentile ranges when it comes to the end of the covered warranty period. The throughput warranty is only 19.2 megawatt hours per module as well, which is also below average in comparison to other coverage models within the solar battery industry.

Despite taking extra precautions to provide energy during outage situations, the overall performance of the Eguana Evolve ESS can be critiqued. The usable storage is slightly above average when compared to other solar batteries, but it is downhill from there. The power rating and round-trip efficiency are both lower than the industry average.

For homeowners looking to maximize how much total solar energy a home has access to and can use at any given time, the Eguana Evolve ESS will not be on the same level as other solar batteries.

Considering the limitations of the production and equipment warranty as well as below average performance specifications in a number of areas, one would think that the system would be less expensive than its counterparts. That is not the case with the Eguana Evolve ESS which still costs anywhere from $10,000 to $13,000 without incorporating installation costs.

Eguana Technologies is responsible for creating solar components and products that streamline access to renewable energy.

There are two solar battery solutions available through Eguana Technologies, known as the Evolve series. One of these batteries is solely designed for residential use. The Eguana Evolve ESS has three operating modes that allow for prioritization and maximization of energy storage, production, and usage.

The most unique feature available with the Eguana Evolve ESS solar battery is its battery reserve feature that comes into play during solar self-consumption or time of use mode.

The performance specifications are also below average when compared to the rest of the solar batteries available to residential clients. Lastly, the overall cost for an Eguana Evolve ESS system is much higher than expected considering its capacity and power capabilities.

Clients looking for a backup system that will communicate with a number of solar products may benefit from what the Eguana Evolve ESS offers to homeowners. However, the cost and average performance may be a reason to look into other solar battery solutions.