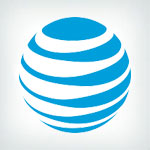 DirecTV is good for a non-streaming service if you have problems with your internet speed, however it is very expensive. You select a plan but they add so many fees due to boxes and bolt ons, plus several taxes. It can get very expensive. Then they do not reward you for being a long time customer, instead your pricing goes up and the best deals go to new customers. Wish they would offer better packages at better rates.

I had DirectTV for 2 years, our contract changed 4 times. Every 6 months our price jumped $10. We called them and explained that the changes were unnecessary, we had our contract form in hand as proof too. They eventually notice their errors but only offered me another package instead of lowering it on my actual program. I even had to call them for charging us a movie twice when only rented it once. Too many errors for a multimillionaire business.

I have given them repeated chances for 2 cycles of phones now and I just can't do it anymore. They are way too automated, customer service isn't trained adequately, they don't remember to put notes into the system. Service is intermittent and calls are constantly dropped. I just can't do it anymore AT&T. You have grown too big and your customer service and quality has suffered and you are charging way too much

I think that maybe this company is just too big and old to care. I've tried them twice, and got burned both times. Once many years ago at my business, and once more recently at my home. The customer service was terrible both times!

Pricing
There isn’t much variation between pricing when comparing DIRECTV and AT&T U-verse. Both the company's cheapest package starts out at just $35 per month and the most expensive package is $110 per month.

One of the biggest differences is the fact that with DIRECTV you have to sign a two-year contract and after the first 12 months, you’ll see a giant price hike on your bill.

AT&T U-verse only requires you to sign a one-year contract. However, the $35 per month price is only for new residential customers, so there is really no escaping that second-year price increase.

Type of Service
A major difference between DIRECTV and AT&T U-verse is the type of service.

DIRECTV brings you TV via satellite. As a satellite company broadcasts encrypted signals from a broadcast center, the satellite will broadcast those signals over a large area. The signals are then picked up by satellite receivers, transmitted to your digital receiver, and shown on your TV screen.

AT&T U-verse uses fiber optic cables carrying digital information that is coded in a beam of light. Once reaching your TV, the data is decoded and displayed on your screen.

DIRECTV is available just about anywhere in the United States. The benefit of having a satellite TV provider is the fact that even if you live in remote areas, you can probably still get cable TV.

TV Channels
Surprisingly, you get more channels with AT&T U-verse. The company’s U450 package gets you over 565 channels — a considerable increase in channels from DIRECTV’s PREMIER™ package.

Number of Packages
DIRECTV and AT&T U-verse have six packages for customers to choose from. While DIRECTV’s tiered plans are fairly extensive and have a lot to offer, AT&T U-verse ups the ante by giving new subscribers a $100 Visa Reward Card* for signing up.

*Different offers may apply for eligible multi-dwelling unit customers. Pricing, programming, features subject to change at any time without notice. Subject to AT&T U-verse TV Terms of Service (at att.com/legal).

DVR Receiver
AT&T U-verse’s Total Home DVR is a decent choice but if you want a slightly more advanced DVR, then DIRECTV’s Genie is where it is at.

If DVR’s are a big deal then perhaps you want to skip over the Total Home DVR and go straight for DIRECTV’s Genie. Here are a few specs that might make you consider getting the Genie:
Mobile App
The mobile apps for both TV providers are pretty much on par with each other. They both allow subscribers to manage the DVR, watch live TV or On Demand shows, and use the app as your remote control. The only difference is that AT&T U-verse is compatible with iOS, Android, and Amazon Fire TV devices, whereas DIRECTV’s mobile app is compatible with iOS, Android, Kindle, and PC devices.

Possible Fees
No matter which TV provider you sign up with, there are a number of hidden and unexpected fees. Be sure to read up on the details of your contract to make sure you’re not paying for something you aren’t using. Be aware of an activation fee, early termination fee, equipment fee, and any other service fees. These often catch subscribers off-guard and can take a huge toll on your wallet.

Premium Channels
Both DIRECTV and U-verse include premium channels with their top tier packages or as a separate add-on plan. So if you’re willing to hand over some extra cash you can choose a lower-tiered plan and add on channels like HBO, STARZ, and Showtime. Or you can just purchase the PREMIER™ or U450.

Sports
It’s hard to beat DIRECTV’s exclusive rights to the NFL Sunday Ticket. Right now, the only way to get access to every out-of-the-market game is to purchase a package (CHOICE™ and above) through DIRECTV.

DIRECTV also has just a general sports package that you can buy for just $13.99 per month.

It’s not that you can’t watch sports with AT&T U-verse, it’s just that you don’t have all the same perks as DIRECTV subscribers do.

U-verse’s sports package is available for just $10 per month.

Recommendation
When it comes to choosing a TV service provider, the biggest deciding factors for consumers are price, contract length, and channels.

DIRECTV and AT&T U-verse offer shockingly low introductory prices. For just $35 per month, you can get at least 155 channels with both companies. Unfortunately, the low prices only last for the first 12 months of your contract. You can expect a fairly steep price increase for your second year — in some cases it can be nearly double what you were paying originally.

AT&T U-verse does have a leg up on DIRECTV as the company offers a one-year agreement. So if you’re not a fan of long contracts and want to completely avoid that second-year price hike, AT&T U-verse might be the better option.

However, don’t count DIRECTV out yet. AT&T U-verse might offer more channels per package, but DIRECTV includes some of the most common and popular channels in with their lower-tier packages. Furthermore, DIRECTV has exclusive rights to the NFL Sunday Ticket — which may be enough to convince football fans to sign up.

DIRECTV pretty much dominates when it comes to sports coverage, plus the company offers a decent amount of high-quality channels among its mid-tier packages. Additionally, a larger household might appreciate the Genie’s ability to prevent heated discussion over whether you’re going to watch This is Us or Deadwood after dinner.

However, if you don’t need to record five shows simultaneously and you aren’t ready to commit yourself to a company for two years, AT&T U-verse is a viable alternative.