Coursera is one of the more unique takes on online training and education in the world today. Of course, in today's day and age, it is possible to bring education and training to more people than ever before over the internet, but Coursera has been working harder to get more people signed up and learning. The training site has marked a totally new territory as part of their attempts to branch out, television.

That's not to say you'll see Coursera's training videos on a major network, but for right now, Coursera has an application on Apple TV which allows people who have the Apple entertainment system hooked up to their tv to watch videos on job skills, lessons on history, writing, art, or basically anything right from their very own living room couch. This has one major advantage over other online training models, anyone can go from watching a TV show to spontaneously watching their videos.

Lynda.com, Khan Academy, Udacity, and a wealth of other online training platforms are working to expand their audience, but often find themselves bound by country, device, or their own inability to spread the word of on-demand learning. Coursera has proven able to leap over these hurdles with ease, and Apple TV is one of the ways they do it. It is easy to expect them to expand their app to Google's Chromecast and Kindle Fire TV if they didn't sign an exclusivity deal with Apple. Putting Coursera on a television makes it possibly the most accessible education platform of its kind.

In the meantime, there is still a lot of competition. Will adaptability and universality make enough of a difference for Coursera to survive the test of time? It seems like the site will stand its own ground provided its rivals don't copy their business model take Coursera's audience before they find it themselves. 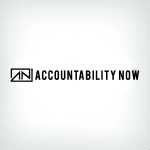 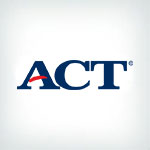 Sign up below to receive a monthly newsletter containing relevant news, resources and expert tips on Online Training and other products and services.