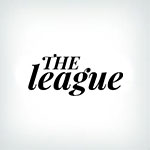 Amanda Bradford, founder of The League, has received some backlash for her exclusive online dating app. While many critics and daters have labeled the app elitist and pretentious, Bradford has explained the true intentions for the app was to “build a community where smart, outspoken, high-achieving women are celebrated and encouraged to progress in their career full-time.”

The League promises daters that they’ll no longer have to spend hours scouting out potential dates and vetting them for authenticity. Profiles can only be seen by those who fit the specified criteria and preferences, and all users must authenticate their profiles through Facebook and Linkedin. 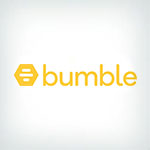 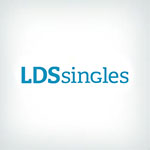 The number of perks League daters receive is determined by the membership plan they sign up for.

Daters with the Member and Owner plan will receive the additional perks:

The League prioritizes paid Members, then VIP Pass holders, then users who have made an Endorsements, and lastly all others on the waitlist.

Users Must Authenticate Their Profile

Signing up for The League isn’t as easy as other online dating apps. The League states that its selection process is to help eliminate fake profiles, “tire-kickers,” and duds. Daters must authenticate their profile through Facebook and Linkedin, but, the app will filter out any Facebook friends and Linkedin connections — so you don’t have to worry about your mom or boss seeing your dating profile.

The League’s Groups are another way that users can meet new people and make connections with those who have similar interests. Along with sending a batch of potential dates at Happy Hour, the app may suggest a group for users to join.

So if you’re interested in playing tennis on Sundays, you can start up a weekly tennis club.

The app is live in a few populated cities but is not yet nationwide. Generally, dating apps go live in cities that have a demand for it, so daters who want The League to come to their city need to email their requests to the company.

While The League tries to maximize the number of prospects, there is no guarantee on a particular Batch size. Depending on the set preferences, batches can vary between one to five matches a week or users might see 25-35 profiles a week. The pickier a user is, the fewer people they’ll be matched with.

The League’s algorithm penalizes inactive and unresponsive users. If you are casually looking for a date here and there, this app is not for you. If you rarely log in and only “like” a few profiles, The League will kick you off. Once you’re removed from the site, you’ll have to pay a $25 re-admission fee.

The League may have been labeled elitist, but the app’s true intentions are to help picky daters find others who meet their expectations.

Everyone who signs up for the app must authenticate their profile and go through a vetting process. While this may come across as slightly pretentious, it does stop fake profiles from being made and reduces the number of scammers on the site. This is actually a useful feature as it helps users feel more secure when they’re using the site. However, since real people are vetting applicants, this can lead to a longer waitlist time and a smaller dating pool.

I think that the concept of the league matching you with people of similar wealth is a clever idea. I have met many people of the same relative income and I’ve had great experience with them. I would have to recommend this online dating service.