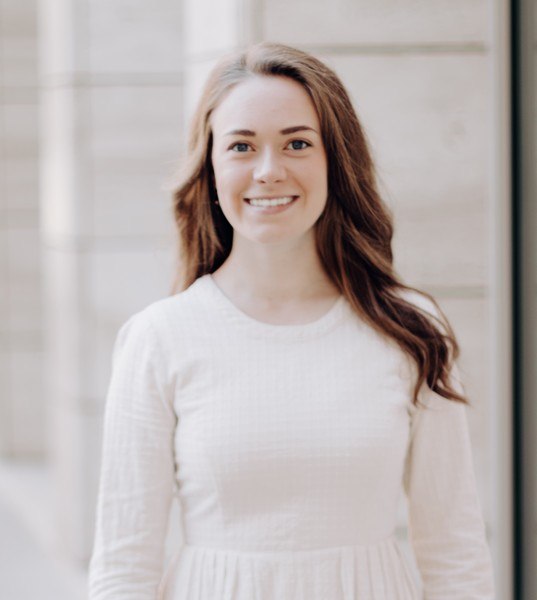 BBVA Compass was founded in 1857 and has grown into a leading U.S. banking franchise with operations throughout the sunbelt region and ranks among the top 25 largest U.S. commercial banks based on deposit market share. BBVA Compass has nearly 690 branches and is small-business friendly. The BBVA Compass bank is a subsidiary of BBVA Compass Bancshares, Inc. In addition to servicing the U.S., it also reaches to China, France, Germany, Hong Kong, Italy, Japan, Singapore, Switzerland, Turkey and the U.K.

BBVA Compass offers banking solutions for personal, small business, commercial, and global wealth needs. While the specific services for each of these types of clients may vary, all can expect to receive unparalleled service from BBVA Compass representatives.

There are also a number of ways for BBVA Compass clients to save. When clients open a savings account, they can watch their money grow. There are a number of savings options that range from a simple savings account to a long-term nest egg for retirement. The three accounts include: Everyday Savings (a simple way to start saving), Money Market (maximize interest as the balance grows), and Certificates of Deposits (a simple and secure way to reach savings goals). Lending options are available as well. BBVA Compass clients can take out: auto loans, home equity lines of credit, home equity loans, mortgage loans, and signature express loans. Each loan is guaranteed to be at a competitive fixed rate.

The BBVA Compass operation only exists in a select few states. If a client does not reside in one of these states, they will not be able to use BBVA Compass for their banking solutions. The only available states for service include:

A majority of the checking and savings accounts offered through BBVA Compass require a monthly service charge. These charge offsets monthly maintenance efforts conducted on behalf of the clients. There are ways and requirements that can be met to avoid these monthly maintenance fees. However, if these requirements are not met, the charge will be applied.

BBVA Compass offers a wide range of banking solutions for both individuals and businesses. BBVA Compass will dedicate a knowledgable advisor to help each client navigate their financial situation and meet their money goals. Those interested in banking with BBVA Compass can expect the following from the service:

They have a frequently broken website and hour plus long hold times. Their IVR (automated phone system tree) must be broken because after entering all information, I'm magically transferred to the wrong customer service department instead of their online banking department. The worst part is their hold music telling me that I can quickly and easily solve my problems online, only that is the reason I'm calling. My credentials were changed when BBVA Compas changed to BBVA. The security questions used to recover my account were deleted. When attempting to recover my account, I'm prompted with a blank question (literally white space), and I'm supposed to answer. Entering the "wrong answer" got me locked out of my account. So this the second time this has happened, so now I'm using my hour plus time on hold to share this lovely experience. BTW the apr and terms of my car loan were poor even though my credit score is over 720. Avoid this bank at all costs.

BBVA has no monthly service charge! They have free checking mobile and online banking. They have amazing customer service and they’re bank is never down or has any problems. If they see something fishy on your account then they will notify you. Overall really good.

BBVA the most racist bank with Hispanics in the USA. Full of incompetent employees. I do not recommend anyone to open an account in this bad class bank

Unfortunately, I experienced BBVA Compass Bank predatory lending and banking scam. After my loan matured, in which the bank's employee lead me to believe this was an open line of credit, I had to reapply for the line of credit or pay the full amount of the loan. BBVA Compass Bank checked my credit (3) hard inquiries, all within 30 days of each inquiry, to renew my line of credit loan. After my credit score went from 721 to 545, I was offered a personal loan at 28% interest or pay the full amount of loan. I expressed my deep concerns to the branch manager, she stated, "I know we've checked your credit a lot but we can offer you a personal loan". Regrettably, I am paying a high percent interest rate to the bank.

Don’t use this bank unless you want your account compromised. (Happenes to me twice) They also charge overdraft fees when there is money in your account and when you call to get them removed they try to give back half of the amount. They recently charged me two overdraft fees in the same day when I had money in my account (and no I didn’t have pending payments and I don’t have automatic bill pay) and the fees showed a future date. this was the last straw for me and when I told them to put the money back and sent screen shots they told me there was a policy change (that I had not been informed about) and that they would not remove the charges. Needless to say I am canceling my account. I have never had such a bad experience with any other bank. They eat up your money, and their customer service reps are hard to understand and very rude. Don’t bank with these people. There are way better banks out there.

Beware: 1. This bank requires you to go to a branch in person to close a CD 2. CD auto renew without promotion rate. I was getting 0.1% interest after the first year. 3. Charges 2% of your balance if you close your CD before it matures horrible horrible bank they are out to screw you purposely When I want to withdraw the money from my CD I was told I can’t do it online even though I opened the CD online. They told me I hade to go to a local branch. I am in Southern California. They only have one branch here and it’s 30 minutes away from my house. When I got to the branch, they told me there will be a fee since my CD is not mature yet. I knew the CD is not mature yet but I assume the worst case is I paid they back the interest rate I earned during this year. But No! They told me to close my CD they will charge me $3000 on a $100,000 CD!!!! Because they charge 2% of your total balance. I was also told that I have been getting 0.1% interest rate for the past two years because the CD auto renew to their base rate. WTF stay away from this bank. Go to Synchrony Bank instead. I earned $2000 more in interest, I can close it over the phone, and they only charged me $60 compared to $3000 fee.

Worst credit card company in the country. They offer a 0% interest rate credit card for a few months, like many other credit card companies. But, until you sign up, you don't realize that they don't accept electronic payments. If you pay your credit card bill online, they force your bank to print an actual check and mail it. On top of that, their "system" takes a full week to "process" this check after it comes in the mail. This means that your payment is always late. Once it is even a few days late (mine was 3 days), they immediately close your account and report your card as "closed by company due to late payment" on your credit report.

I opened 2 Certificates of Deposits with them online. Pretty easy transaction. However, when it came to closing them and getting my money, different story. The first time (it ended up rolling over) I tried to close it, I was told to fax a letter. I did that. No money. I called and was told I needed to send a copy of my DL with my letter. I did that. No money. I called again, and was told to now send a letter, a copy of DL, and the letter that was notarized. I did that. No money. It escalated and still no money and the CD rolled over. The next year, 3 weeks before due, I sent a notarized letter with the copy of the DL. No money. I called and they said they didn't receive it and I explained I had a confirmation, but sent it again. No money. I didn't call customer service, I called a regional VP and went over it with all my notes. Now, I'm getting somewhere. During this time...AGAIN...it rolled over. The regional VP waived the penalty and I did get my money. HOWEVER, during the time this all took (about 3 weeks after maturity/grace period, they did not pay me interest on my funds. This was a sizeable life insurance policy and the interest was several hundred dollars. I called and they said they would escalate it and could see all the notes. Several months later, I haven't heard back nor have I received any interest. They were offering a promotion CD rate, but with all the hassle and while they held my funds with no interest, it was not such a promotion. BEWARE!!

I wasn't happy with their customer service and the level of knowledge their employees have for the banking business. Their fees are high compared to other banks. The charges weren't big, but after awhile, they do add up.

Horrible bank ever. We had a credit line with them that ever used, but still we were paying $40.00 dollars per year to have it available, so we decided to close it down. We called customers service to take care of it and were told the account was closed. A year later we received another statement with a balance of $40 dollars because they said we never closed the account. We called back again and let them know so they said not to worry that we do not have to do anything else that they will waive the fee and close the account. We received a letter stating that the account was closed but they reported a missed payment to my husband's credit report! Now we are disputing it, what a hassle! Very unprofessional service, worse bank ever hands down!

Always helpful; website great - never been inside a branch

Best bank I've ever had. Couldn't be happier!

BBVA Compass bank is a joke. I just open my account with them and I'm about ready to close it. I have never experienced a Customer Service that is as horrible as BBVA COMPASS BANK ever before. DO NOT BANK WITH THIS BANK. I GIVE THEM A ZERO FOR THERE PHONE CUSTOMER SERVICE. AFTER 1 HOUR OF ANSWERING QUESTIONS THEY JUST HUNG UP ON ME AND DIDN'T EVEN CALL BACK. IT SOUNDS LIKE 50 PEOPLE IN THE ROOM ALL TALKING AT ONCE. IF YOU DON'T BELIEVE ME GIVE IT A TRY. BE READY TO GET REALLY MAD AND FRUSTRATED.