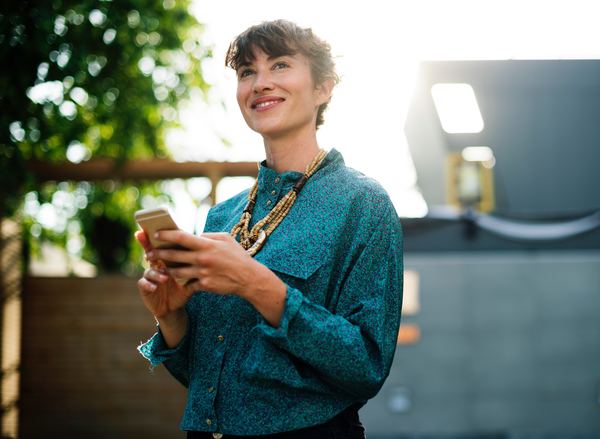 With the rise in mobile banking and online-only banks, it’s easy to wonder if traditional banks are taking a hit. I asked financial experts from around the world for their input on this controversial question, and here’s what they said:

People are moving to online banking for the higher APYs

“There is no doubt online banks have exploded in recent years. Even traditional brick-and-mortar banks are realizing this trend and are developing online versions of their bank. This is happening for two main reasons. 1) With the rise of the smartphone people expect access to anything and everything at a moment’s notice. No more driving down to the bank...to wait in line... to speak with a bank teller... to deposit your check. All of that can be done easily with a few taps on your smart phone 2) Typically online banks have higher interest rates because their overhead is much lower than traditional banks. This is causing a lot of people to move their savings from traditional to online banks.”
— Michael Kern, Talent Financial

Traditional banks are still the largest

“Online banks are becoming popular because of what the internet has provided most industries: convenience at a low cost. In banking this translates to fewer fees and better interest rates. This is good for customers, but finance is an intricate topic that many people want assistance with. Although there is customer service in online banks, brick-and-mortar banks have a customer service advantage because they can meet with customers in person. The trade-off is cost.

“Traditional banks are facing stiff competition from so-called challenger banks and the wider alternative finance sector across the world, and not just when it comes to consumer banking. Since the financial crisis, banks in the UK have been increasingly reluctant to lend to small businesses, and this is why alternative lenders have sprung up to plug the leak.

If the banks are to survive, they’ll need to invest in technology to improve speed, likelihood of approval, and transparency. This is especially important if they want to accommodate the new breed of ‘digital native’ entrepreneurs.”
— Williem van Lynden, Boost Capital

Traditional banks must adapt to what their customers want

“The American Bankers Association revealed that 70 percent of banking is done digitally and among those aged 18–34 and 35–44, and 51 percent and 40 percent respectively said they used mobile the most. It’s safe to say that online and mobile banking has overtaken a branch visit.

Yet a survey by Accenture indicated that 66 percent of respondents favor face-to-face interactions with banks, and 56 percent surveyed want to see banks blend physical and digital services.

In fact, the PWC 2018 Digital Banking Consumer Survey also indicated that 65 percent of respondents feel it’s important to have a local branch when choosing a bank. However, consumers also want personalized services like overdraft alerts and as many as 83 percent of consumers are prepared to share data in exchange for better advice and deals (Accenture surveys).

The challenge for traditional banks is to bridge the online and offline experience and be able to provide the same personal and seamless customer experience among all channels. Traditional banks are not dying. That is, if they are willing to change and adapt to the needs of customers.”
— Mark Van Zuklekom, Esendex

“I remember the first business day of the month was the day my mom and I would always pay the bills together. Mom would work and work in the days before our outing to open all of the bills, record everything on her monthly ledger, write out every check, and balance the checking account to the penny. I would put on my Sunday best, and my mom would drive me around town to the water company, then the gas company, followed by the phone company, and so on. It was an adventure.

As a small town girl in rural Arizona, it was easy to get to know all of the tellers. I quickly learned who would and who would not give me some sort of treat when I stopped in to see them.
Those were the early 80s and how things have changed. With direct deposit, auto pay, online bill pay, and apps the need for the brick and mortar utilities has gone to the wayside. As for the future of traditional banks, the need is becoming less and less.

With ATM machines, cash back at the grocery store, and apps that allows you to apply for a mortgage or deposit the infrequent paper check, the public is stating how they want to do business. So, as society’s needs change, I do foresee the same future for the brick and mortar banks as what happened to the utilities. When the majority no longer does business in person, the doors will close.”
— Heather McInelly, EmptyNestin.com

Physical banks are being replaced by ATMs

“Because modern ATMs can now handle single and multiple check or cash deposits and withdrawals, the trend of closing down fully-staffed branches will continue. "Errand banking" is simply not worth maintaining labor, real estate, and marketing expenses.

Inconvenienced customers are either driving to busy branches when they need personal service, or figuring out how to bank online. Unless a traditional bank locations can fiscally outperform online banking, they are a ‘dead bank walking.’

With online, mobile phone, and ATM banking technologies continuing to reduce both customer and bank teller interactions, face-to-face banking relationships are thinning across the board.”
— Baron Christopher Hanson, RedBaronUSA

Traditional banks and credit unions have a personal touch

“At the end of the day, most people choose to bank with people, not companies. Inherently, the biggest challenge for financial institutions will always be rooted in building relationships. Because of this, I believe traditional brick-and-mortar branches will remain critical to the long-term health of financial institutions of all types, as it takes that personal touch to truly understand the financial goals of each individual customer.”
— Adam Marlowe, Georgia’s Own Credit Union

“People are beginning to see the developments in the world of cryptocurrency. Now, if this upward trend continues, we could begin to see a threat to the traditional banks. Normally, when you make a transaction, your bank is one of the many middlemen between you and the entity you’re paying. This means they get a small slice of the pie. However, with a cryptocurrency transaction, you cut every middleman out entirely. The transaction is verified via a network of peers (the blockchain) and the transfer is made. No middleman, and no banks.

The effects of this feature can be observed all throughout developing African nations today. As these countries’ economies falter, the people see their national banks as corrupt, unstable, and unreliable. Why would they trust them with their money? In response, many African citizens have found financial stability in cryptocurrency.”
— Ian Cogswell, Pelicoin

Other countries haven’t moved on to online banking yet

I live in the Philippines and we still use checks over here, but every time I travel, people just use their cards, their phones, apps, etc. It's just so easy and fast. I still bill my clients manually and receive and make payments manually. It's really a big time-waster. I believe it's one of the reasons why our economy is behind.”
— Karla Singson

Online-only banks are causing a shift in the finance and banking industries. Though they aren’t close to overtaking traditional banks, they are on the rise. However, traditional banks are anticipating the changes and adding mobile banking options to their platform.

If you’re considering signing up for an online bank account, check out our reviews of the most popular online banks.

The Importance of Separating Personal and Business Fina...

The Importance of Separating Personal and Business Fina...

Sign up below to receive a monthly newsletter containing relevant news, resources and expert tips on Online Banks and other products and services.