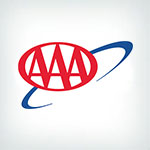 Founded in 1902, AAA has been around for over 115 years. Not only does AAA insure cars and home, but is also works to make sure that your “summer toys” are insured. Providing motorcycle insurance allows customers to enjoy the freedom of two wheels without the worry of being stranded. 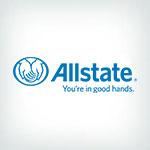 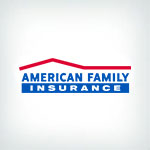 AAA was founded in 1902 when a group of nine automobile clubs came together to create a national motoring organization. At the time only 23,000 cars were in operation in the United States. Over the years, the values of this company have remained consistent as it continues working to ensure travelers’ interests are represented in highway and traffic safety, energy, transportation infrastructure, and environmental policies. With that long of a good reputation, only negative experiences would cause someone not to trust AAA.

When thinking about summer toys, one doesn’t typically stop with a motorcycle. In addition to providing insurance to cars, homes, and motorcycles, AAA also insures RV’s and Watercraft.

The insurance coverage provided by AAA includes the following:

Extra benefits include emergency fuel delivery, towing (up to 100 miles per incident), and locksmith service.

If you are looking to insure your motorcycle with AAA and are researching online, you will need to include “Motorcycle Insurance” in your search, or on the main webpage you will need to search for “motorcycle.” If you don’t, it is not likely that you will find any information about motorcycle insurance and coverage options. It is hidden within the website.

It is very hard to find information about the motorcycle insurance provided by AAA. The majority of information that you will find about the insurance policies and additional perks can only be found on third-party websites or if you reach out personally to a customer service representative on the phone or through a free online quote request.

With over 100 years experience providing insurance to automobile owners, AAA is a wonderful choice for your motorcycle insurance provider. Its reputation speaks for itself. The coverage provided is comparable to any other provider and the list of extra benefits and add-ons is extensive. We recommend that you at least reach out to get a quote if you are looking to insure a motorcycle now or in the near future.

My husband’s Harley Davidson has never been insured better. AAA has coverage all over the country and dispatches people to help you whenever you may need.

I have triple A and its amazing!! I love their specials and their services! They could work on their customer service though with their drivers.

Good customer service and care. Kind of pricey. Definitely helpful to have if you can afford it

I have been a AAA Plus member for over 20 years since college and LOVE their services. They are helpful and friendly. My last tow truck driver even refused to take a tip.

I think AAA has amazing customer service and I think the price for what you get is beyond fair. It honestly is extremely reassuring that I know that I have emergency assistance wherever I go. I never have to worry about being stranded on the side of the road every again.

Set on the side of the road for 2hr then told it would be another hour before they get their had to cancel . My husband came got me .This was the second time this happened.

Let me start by saying that I have been AAA member for last 11 years. I was in an accident in 2015 and it was NOT reported to DMV by them. So my driver’s license was suspended, which I had no idea about. AAA kept on increasing my monthly premium. When we called to find out the reason, they had no idea why it was increased. Finally we left AAA last month but they billed us a due of $380. We went to one of the branch office and finally they told us that my license was suspended since 2016. I was shocked, worried and mad at the same time. I took a day off from my work and went straight to DMV and come to know that the reason my license was suspended was because the accident was not reported. I got all the necessary paper work get my license active and call AAA regarding $380 due and explained the situation. They transferred me to claim department where Jennifer apologized to me saying, ‘FRI form’ was not sent to DMV in 2015 and told me that she’s doing it right then, saying “Some how it go overshadowed.” I explained her that i took care of it by taking a day off from my work and going to DMV and asked her abt the due. She transferred me to policy and services department where I explained the whole situation and they transferred me back to claim department. After talking to claim department they transferred me back to policy and services and back to claim department again. I was on line with them for an hour and I finally hung up, frustrated. I can’t explain how disappointed I am with AAA. After being in business with them for 11 years, this is how they treat their customer. Honestly, I wanted to get a lawyer and go to court, but I work M-F and don’t have any time. I am saying good bye to AAA for good and do not recommend it to anyone