Earlier this month, Lending Club, a pioneer in the peer-to-peer online lending industry announced its CEO and board chairman Renaud Laplanche had stepped down. Of itself, this resignation may not seem like that big a deal. But throw in an internal investigation, an outside investigation by a New York law firm, subpoena from the Department of Justice, a lawsuit from investors-all amid an increasingly shaky stock valuation-and the story is not quite as simple as it appears at first glance.

To put these events into context, let's start at the beginning:

2008: Investments were paused for six months until Lending Club registered its products with the Securities and Exchange Commission (SEC).

2012: The company expands to 80 employees, averages $1.5 million per day in loan origination; surpasses $1 billion in loans by November.

2014: Lending Club goes public with an initial public offering of $15.

2015 - 2016: The peer-to-peer lending industry diversifies, and competition increases. Lending Club spends more on marketing, and attracts the attention of financial regulators. Meanwhile, Laplanche turns to Wall Street banks to help him sell Lending Club loans as securities through a process called securitization (despite his public rejection of the process). The Lending Club investor pool expands.

March 23, 2016: The investigation revealed that the staff had knowingly sold $22 million in loans in March (and as would be later discovered, April) that did not meet buyers' requirements; specifically regarding the language of the "power of attorney" disclosure. Jeffries wanted the disclosure to be more prominently featured, which Lending Club agreed to do, but didn't-violating the terms of the deal.

Mid-April 2016: Lending Club buys back the loans Jeffries didn't want and finds another buyer. By now it is clear that Laplanche knew the loans didn't match Jeffries's criteria, but allowed them to be sold anyway.

April 26, 2016: Lending Club announces in a securities filing it had invested $10 million in a holding company of funds that bought Lending Club loans. An outside investigation by the law firm Arnold & Porter reveals that Laplanche had a 2% interest in that investor, and he failed to disclose this information to the board.

May 3, 2016: Laplanche meets with the board, which requires swift action following the law firm's investigation into the Jeffries deal; it wanted to fire Wierman, Jeff Bogan (no relation to Tim Bogan), and Adelina Grozdanova who all were involved in plans to pursue securitization. Days before this meeting, Grozdanova had been pitching to fund managers on buying into the soon-to-be-completed bond deal, while Bogan oversaw the company's efforts to sell loans to investors.

May 3 - 5, 2016: Board was presented with evidence that Laplanche knew about the $22 million in incorrect loans. Mr. Morris is named board chairman in Laplanche's stead, though this was not publicly announced.

May 6, 2016: Laplanche steps down as CEO and board chairman.

May 9, 2016: The Department of Justice files a subpoena against Lending Club regarding the Jeffries case. Meanwhile, the company announces Laplanche's and three other's resignations/firings. By the end of the trading day, Lending Club experiences a 35% stock price drop, subtracting $950 million in market value.

May 16, 2016: Lending Club's stock value drops by 55%, as rececession-wary investors become cautious about the peer-to-peer lending industry at large. Lending Club is valued at $1.5 billion. Shareholders file a lawsuit against Lending Club, claiming it misled investors about its lending practices in order to keep stock prices high.

May 19, 2016: Acting CEO Scott Sanborn sends an email to lenders/investors to reassure them of the company's financial standing-$868 million; however, the investors may not receive the full amount of the payment due to them, or could see delayed payments if the company goes out of business. Shares are down 60%.

May 20, 2016: Stock price rose 5%. Prosper announces that it has split its businesses into Prosper Funding LLC and Prosper Management to protect investors in the event of a bankruptcy filing. Until this point, Lending Club held the number one overall ranking with BestCompany.com; however, in light of the company's recent history, as well as other developments in the industry, Upstart is now the top-rated personal loans company.

See below for more on Upstart: 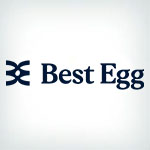 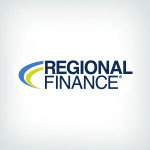 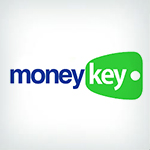 Sign up below to receive a monthly newsletter containing relevant news, resources and expert tips on Personal Loans and other products and services.