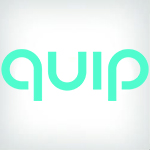 Quip launched in 2015 and is one of the largest direct-to-consumer oral care companies. It has experienced rapid growth as a startup and has sold over 4 million of its electric toothbrushes. Despite its recent launch, Quip has already established itself as the first subscription electric toothbrush, refillable floss, toothpaste and gum accepted by the ADA.

It has also continued to expand its offerings. In 2018, its brushes started being stocked at Target. It has also acquired Afora, a startup that offers an alternative to traditional dental insurance. And in 2019 it added kids electric toothbrushes to its product line as well as floss that comes in a refillable canister.

Quip’s product line is meant to meet all of your oral hygiene needs in a one-stop, subscription-based shop. Along with its electric toothbrushes for adults and kids it sells refillable floss, toothpaste, gum, and refillable mouthwash. Its line of refillable floss and mouthwash is a great environmentally friendly addition and is fairly unique among its top electric toothbrush competitors. Overall, Quip offers one of the most comprehensive subscription, direct-to-consumer dental hygiene selections.

Quip’s electric toothbrush is available in two models for both adults and kids: a basic model and a smart version. The smart version is equipped with a Bluetooth® Smart Motor that can give the brusher some minimal brushing feedback with the quip app. The app gives useful feedback and is a great deal; however, there are smart toothbrushes that give more detailed feedback. 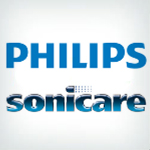 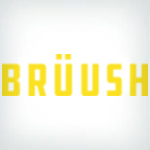 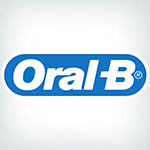 Quip has the first subscription electric toothbrush, refillable floss, toothpaste and gum accepted by the ADA. This is a major distinction especially at the affordable price that many of its products are offered at. While the largest electric toothbrush makers all have ADA Accepted models, their lower tier brushes at affordable price points are typically not ADA Accepted.

However, it is priced in-line with similar toothbrushes from the top competitors in the vertical. Its smart toothbrush is very affordable when compared to other Bluetooth-enabled toothbrushes. Quip is also likely among the most affordable of ADA-accepted electric toothbrushes.

Almost all electric toothbrush companies offer some sort of warranty. Quip has a very generous warranty and really sets itself apart from its competitors. Quip offers a lifetime guarantee for all products that are associated with an active refill plan. If your item isn’t associated with an active subscription, the product will be covered under warranty for one year from date of purchase. This is a great warranty policy.

Plastic toothbrushes and floss picks add millions of pounds of waste each year and are a real environmental concern. Quip is doing its part to help reduce this waste by offering refillable floss and mouthwash. It has both a refillable floss string and refillable floss pick. The reusable pick is designed for a lifetime of flossing, and preloaded with a mint floss refill pod that removes 180 disposable picks from landfills. The refillable mouthwash dispenser is built to last a lifetime and replaces bulky plastic bottles with a sleek, refillable model. Its refill containers are 100 percent recyclable.

Quip also sells a solar battery charger which can help cut down on battery waste. The solar charger comes with two AAA rechargeable batteries. Additionally, some of its items come in a choice between plastic or metal. Metal is a more sustainable material and Quip is one of the first to offer oral hygiene tools in a plastic alternative on a large-scale.

Quip’s smart electric toothbrush features a Bluetooth® Smart Motor that automatically stores your brushing routine. You then pair the toothbrush with its iOS or Android app for free to view a dashboard that shows you when and how well you brush. The dashboard breaks oral hygiene habits down into the following categories:

You can pair multiple smart toothbrushes with the app including the kids version. One nice feature of Quip’s smart brushes is that it will automatically store your routine, no phone needed. To check your brushing stats you just tap the app. Some smart toothbrushes require that you have the app open on your phone while brushing.

Its app and smart sensors are fairly basic when compared to other top smart toothbrushes on the market. For example, its coverage tracking only tells you how many seconds you brushed on the top and bottom of your mouth. Other smart toothbrushes can provide you with a detailed map of your mouth showing you exactly where you did and did not brush.

Some Benefits Only with a Refill Plan

Quip limits some benefits such as free shipping and its lifetime warranty to subscribers with a refill plan. Three-month refill-plan deliveries ship for free both domestically and internationally. If you are not enrolled in a refill plan, shipping is expensive at $10 for basic shipping. Your items are also only covered with a lifetime warranty if they are associated with an active refill plan. If the item purchased is not associated with a subscription plan, you will receive the still generous one-year warranty.

May Not Clean as Thoroughly

Refill Plan Could Be Too Frequent

Quip’s refill plan is standardized for three months. There is no way to adjust the refill frequency which means that for some it may be too frequent. Some users complained that they did not need a brush head after three months due to their brushing habits. The need for a new brush head may not be universal. The toothpaste tube may also be large for an individual to go through every three months.

Also, compared to other electric toothbrushes with replaceable heads, the Quip may be more affordable initially and more expensive down the road. For example, one similar toothbrush breaks down to under $2 per head where Quip’s are $5 per head.

Quip has a well-designed, often more sustainable, affordable line of subscription-based oral hygiene products. The company has put together a convenient subscription based model with ADA accepted products that make keeping your mouth clean and healthy easy. We like that its prices are good for the design, feature, and functionality of its products. When compared to competitors, Quip’s electric toothbrush includes features that others don’t at its same price such as in its smart toothbrush.

The company has thousands of positive online reviews and many happy customers. If you aren’t looking for a subscription plan, then Quip may not be a good fit for you since it has designed its company policies to support its refill plans. For example, its mouthwash container is refillable, so you would need to sign up for a subscription to continue receiving refill containers for the canister.

One thing to keep in mind is that Quip’s electric toothbrush is gentler than others with fewer sonic vibrations per minute. Some may want a more vigorous brushing experience with an electric toothbrush. The good news is that Quip has a good return policy and also a great warranty, both with and without a subscription refill plan.

I love the sleek design of quip's electric toothbrushes and how they feel like regular toothbrushes. They're easy and comfortable to hold, and they get a better clean than manual brushes. With big, clunky, electric toothbrushes you get at other places, you barely have the arm strength in the morning to move it around to get the best cleaning for your teeth; it takes all you can give to hold it there which means you aren't doing a good enough job! With quip, it's light and reminiscent of brushes of the past, encouraging you to return to your roots and manually brush your teeth, but now you have the added benefit of electricity to get an even deeper clean.

My favorite part about Quip is the "membership" you are able to get in which products are shipped out to you. The prices are not bad, and it is nice not having to actively worry about buying toothpaste or floss or this and that. The toothbrush is also nice and subtle and does its job.

This electronic toothbrush changed the way I conduct my oral hygiene routine completely. It just makes your teeth feel so much cleaner and is easy to charge. All you have to do is change your brush head when necessary. it makes brushing your teeth less of a hassel.

Quip toothbrushes not only look nice and sleek, but they're simple and work well. The subscription service is also nice because I never have to worry about running out of toothpaste or replacement heads. Great company.

I love this toothbrush it is the best and the battery lasts so long so I don't have to worry about changing it all the time. It cleans my teeth so well.

I have been using quip brand toothbrushes for a few years now. They work great and I love that they send you replacement heads and batteries every 3 months.

Love my toothbrush! Not too rough on my enamel and looks nice and doesn’t take up my whole counter space.

I love how this toothbrush times how long you should brush your teeth for. Also, I love the point system.

I love how they send you replacement brush heads because it always saves me time at the store.

I think Quip is great, I love electric toothbrushes they always make brushing my teeth fun!

I don't like the feeling of the bristles on this electric toothbrush.